The DHS JV football team played the Grant Pacers on Friday night, and it was not easy to watch. They trampled Davis with a final score of 56-6. But Grant is not an easy opponent. It is one of the top teams in the area and Former State Champions. “They’re good, fast, big, and athletic” JV football coach Mike Satre said.

Satre knows the team didn’t play its best, but they were trying. “We didn’t play 100% all the time. We played like we were intimidated. If we played the whole game like we played the last drive, we would’ve done a lot better,” freshman Nathan Curtis said.

Grant came fast and hard, and they didn’t stop for a breath. They scored twice first quarter and another three points second quarter. Davis kept them from making any extra points, but the closest they got to scoring in the first half was Quinn Williams’s kickoff return for 33 yards.

Grant kept it coming second half, but for the Devils there was something that kicked in at the end. Something that made them stepped it up and decide they weren’t going out without a fight. Whatever it was, it led to their score in the last seconds of the game.

“We just got mad at the end and decided that there was no way we weren’t going to score,” Curtis said. No one saw it coming; it was two quick passes from Emilio Barba to Quinn Williams, but it showed the spark left in the team. “We finished hard and did the best we could” Quarterback Barba said.

For coach Satre it wasn’t all in vain. “It’s a bit of a disappointment, but it’s a valuable experience we can build on,” he said. “We’ll put it in our back pocket so we can beat them next year.” 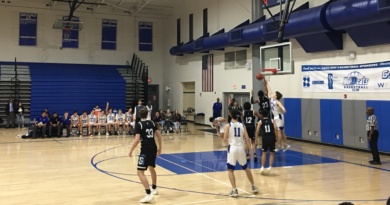 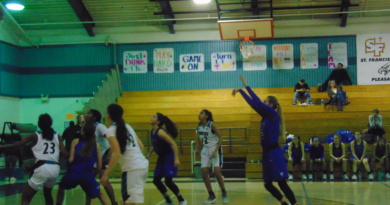