When principal Jacquelyn Moore announced to DHS the upcoming closing of the Vet’s Memorial parking lot, the ensuing reaction was a mix of gasps, panic and dread. Now that the closing has begun to take place, students are still trying to digest yet another cut in parking lot spaces.

The decision to temporarily close the parking lot was made by the Davis School Board, with intentions to install solar panels near the lot. “We voted in 2010 to enter into alpewer purchase agreement with Solar City to place solar panels at Harper, Korematsu and DHS,” said Richard Harris, president of the DJUSD School Board.

According to Harris, the installation of the solar panels “will save money that would otherwise come out of the District’s General Fund.”

To combat the resulting temporary limit in student parking spots caused by the solar panels, administration is encouraging students to dust off their helmets, oil their rusty chains, and bike to school. After all, May is national biking month.

But certain students at DHS are frustrated that the solar panels’ installation interferes with the number of available spaces in the Vet’s parking lot. One such student is senior Zanyar Mansoubi, “I’m going be driving,” he said, “and if I can’t find any room [in the parking lot] then I’m not going go to school.”

Overall, the damage done to the parking lot is an approximation of 50 lost spaces. But to reduce inconvenience, the construction will be staggered. 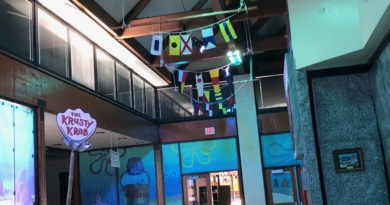 Class of 2019 celebrates one last time at Grad Night

One thought on “Students react to the solar panel installation”