Daniel Tutt and Anna Sturla accepted a Robert F. Kennedy journalism award at a ceremony in Washington, D.C last night. The award, which recognizes work that gives “voice to the voiceless” or addresses the social issues championed by the late senator, was presented by human rights activist Kerry Kennedy.

Tutt and Sturla won in the high school print category for their series on Latino issued that appeared in the HUB infallible of 2011. The series included a articles on the challenges faced by students at the migrant camp, Spanish-speaking soccer players who choose club sports over school sports, and Latino leaders at DHS.

One of the award-winning articles reported and written by Tutt and Sturla is reprinted below.

This article is part of the “Light on Latinos” series that won a 2012 Robert F. Kennedy Journalism award in the high school print category.

It’s the final game of a soccer championship, and the excitement is palpable. DHS junior Richard Flores joins his teammates, changing into his uniform and his cleats, which he affectionately calls “tacos.”

Flores and his teammates walk onto the cancha, the soccer field, finally facing their opponents. Both teams believe that they’re destined to win this game.

The coin is tossed in favor of the home team. Both teams arrange themselves around the middle boundary. The game starts in an explosion of movement, with Flores joining the flurry of players sprinting to take the ball. Spectators and coaches scream encouragement and advice in Spanish.

The cancha is still damp, and Flores slips whenever he makes the big push to drive the ball into the goal.

The final push is made. Flores’ team wins.

In all the joy and excitement, the other team cries foul. The other team’s coach marches over to Flores’ coach, and they begin to argue.

Flores’ coach denies any such thing, blaming illegal contact on the slippery grass. Neither side walks away quite happy. But it doesn’t matter. To Flores, it was still a great game, held on the soccer fields of Woodland, 12 miles from his home in Davis.

Even though he lives in Davis, he regularly travels to Woodland or the 15 miles to Sacramento to play his favorite sport: soccer.

“[In Davis leagues] they speak a lot of English and I don’t understand a lot of what they say,” Flores, a junior, said in a Spanish-language interview. “I wouldn’t feel like a part of the team. It’s for that reason that I prefer to play in Woodland or in Sacramento. There they speak more Spanish.”

Many Spanish-speaking students, including Flores, perceive Davis teams, such as those in the American Youth Soccer Organization (AYSO), the Davis Legacy Soccer Club (DLSC, formerly DYSL) and at DHS, as the domain of majority English-speaking and native-born players. These students consider the soccer teams in Sacramento and Woodland more familiar and welcoming. They play either in structured teams and leagues, or informally with friends and family.

“The reality is that Latinos, particularly Spanish speakers who don’t feel welcomed into the dominant English-language leagues, don’t feel comfortable and would rather stay among their own,” said Miroslava Chávez-García, associate Chicana/o Studies professor at UC Davis.

When he lived in Los Angeles, Flores played for a mostly Spanish-speaking team that went on to win medals in local tournaments. However, when he moved to Davis, Flores had to travel to Woodland and Sacramento to find teams on which he felt comfortable.

“There are many [Latinos] that play soccer in other areas, because here they speak English all the time, and some [Latinos] don’t speak English,” senior Mario Gomez said in a Spanish-language interview.

Many Davis-area coaches, however, are trying to use their multilingual abilities to bridge the gap between players.

Hugh Safford coaches AYSO and DLSC teams, using his ability to speak four languages fluently and three languages “enough to get by” to build connections with players.

“I had a team recently where we had kids who I would speak Portuguese to some of them, I’d speak Spanish to others, I’d speak German to other ones and then a little bit of French to a different group and that worked really well,” Safford said.

“If, [in Davis, coaches] spoke more Spanish, at least for me, I would like to become a part of a league here. But I cannot because I can’t really speak English and it’s really hard for me to understand it,” Flores said.

“I think [diversity on soccer teams] is simply a microcosm of the way diversity works in society in general,” Safford said. “In other words, there are some really obvious benefits because you get different ways of doing things and you get really interesting mixtures of techniques and tactics, but, at the same time, it can be somewhat challenging because as a result, at least at the beginning of the year, not everyone is on the same playing field.”

AYSO does strive to attract all Davis players to their teams.

“We distribute fliers advertising AYSO registration to all the elementary schools in Davis both in English and in Spanish. We also advertise our programs in Woodland, West Sacramento and Dixon and we get a number of players each season from these towns,” AYSO Regional Commisioner Jan Baschee-Danzer said.

Somehow, the word didn’t get to Flores, who didn’t know AYSO existed.

Senior Jonathan Ramirez missed the AYSO registration deadline and now plays informally with friends and cousins in Sacramento instead.

“I didn’t have a chance to join AYSO and, by the time signed up, it was already too late,” Ramirez said in a Spanish-language interview.

While AYSO does market its program toward Spanish speakers, newcomers to Davis can feel out of the Davis soccer loop. Many Davis children become a part of a Davis team in early elementary school, drawing in their parents, and creating a unique system.

This ‘soccer pipeline’ isn’t confined to Davis soccer teams. Latino players themselves have their own internal circuits. Flores, unaware of the Davis teams, began to play on Sacramento and Woodland teams because of the encouragement of his friends.

In addition to AYSO and club teams, there is also a ‘soccer pipeline’ for the DHS soccer teams.

“Many of [the DHS] players come from club soccer [DSLC], which is quite expensive,” Principal Jacquelyn Moore said.

Money can keep some players out of this trajectory.

“I was trying for [DLSC] last year, and they said I made the team, but I just had to have the money. But I didn’t have the money because it’s too expensive. That’s the only reason [I didn’t play],” junior Marco Torres said.

DLSC predicts a maximum cost of $1800 per team per month, according to the DLSC website. AYSO has a $160 registration fee and the AYSO Select season is estimated to cost $750 for each player, according to the website. Both AYSO and DLSC offer scholarship opportunities for players with financial difficulties.

Sports at DHS must be provided free of cost to all students, but perceptions can also keep players from trying out.

Many students who are new to Davis don’t feel they would be as accepted among the DHS team, in which most players are already friends.

For Marco, the DHS soccer team is an opportunity to play a highly competitive game without the cost of DLSC. 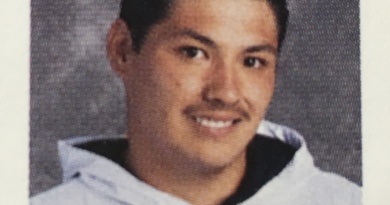