With the end of the school year fast approaching, students prepare once again to leave the halls of DHS.  One part of this leaving process is cleaning out all of the contents of their lockers, including textbooks, clothes and that moldy sandwich from what seems like months ago.

Although many students had already emptied the contents of their lockers earlier, many others waited until the final day, June 6, to do so. Junior Randy Lewis noticed that some students had neglected to clean out their lockers or perhaps forget to do so on time.  “I saw that some people clearly didn’t finish because [campus supervisors] were going around cutting the locks off of the lockers.”

But some students say that the reason for this is the lack of reminders from loudspeaker announcements until the final day.  Lewis disagrees, saying that there was plenty of ways that students were reminded.  “They put up signs that said that we had to clean our lockers out by eight on Wednesday like a week ago,” he said.  “So all you really had to do was remember to come five minutes early and then carry stuff around all day.”

Although it was for only one more period, some complained that carrying around all of the contents of their lockers was a hassle.  But for juniors and seniors, the process of locker cleanout is not new.

“There are a lot of sophomores that are rushing to clean out their lockers, but this is probably not too much of a problem for most previous DHS students,” campus supervisor Richard Bruce said.  “It’s a very old tradition at DHS.”

But Bruce also sees a problem with the locker cleanout process, saying that the deadline is too early in the week.  He also believes that this can be improved.  “It strikes me that if the administration just put the deadline for locker cleanout later, students would have much more time to do a good job and there would be less locks getting cut,” Bruce said.

Whether they are clean or still contain all of the student’s possessions, lockers will be cleaned out by the school janitors throughout the summer vacation. 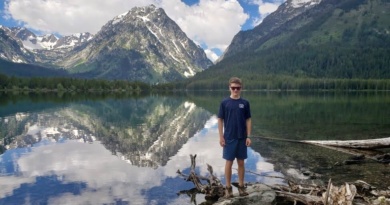