On June 2, both the Concert Choir and Jazz Choir said goodbye to their seniors while singing songs from “West Side Story.”

Senior in Concert Choir, Nathan Leung said, “It was a great way end the year and think about moving forward.” The theme of the night was looking ahead to whatever happens in the upcoming years.

Songs sung on Saturday from “West Side Story” included “Tomorrow” and “Somewhere.” Both of these pieces went along with the nights’ subject matter of the future.

Director of both choirs, William Zinn, said in a speech that he felt “lucky to have been a part of Concert Choir,” which he will not be conducting next year.

Sophomore in Jazz Choir, Ashlyn Savidge said, “I will miss all of the seniors in [Choir], because they all have made this year completely different than any other choir I’ve been in.”

Choreographer, Cara Rains, said in a speech that there would be “no choir quite like this year. There will never be a performance exactly like the one that just happened.”

Rains has been a choreographer at DHS for three years but this is the first year that she will have to say “goodbye” to third-year Jazz Choir students. 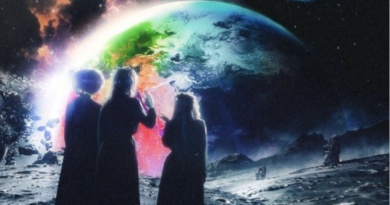