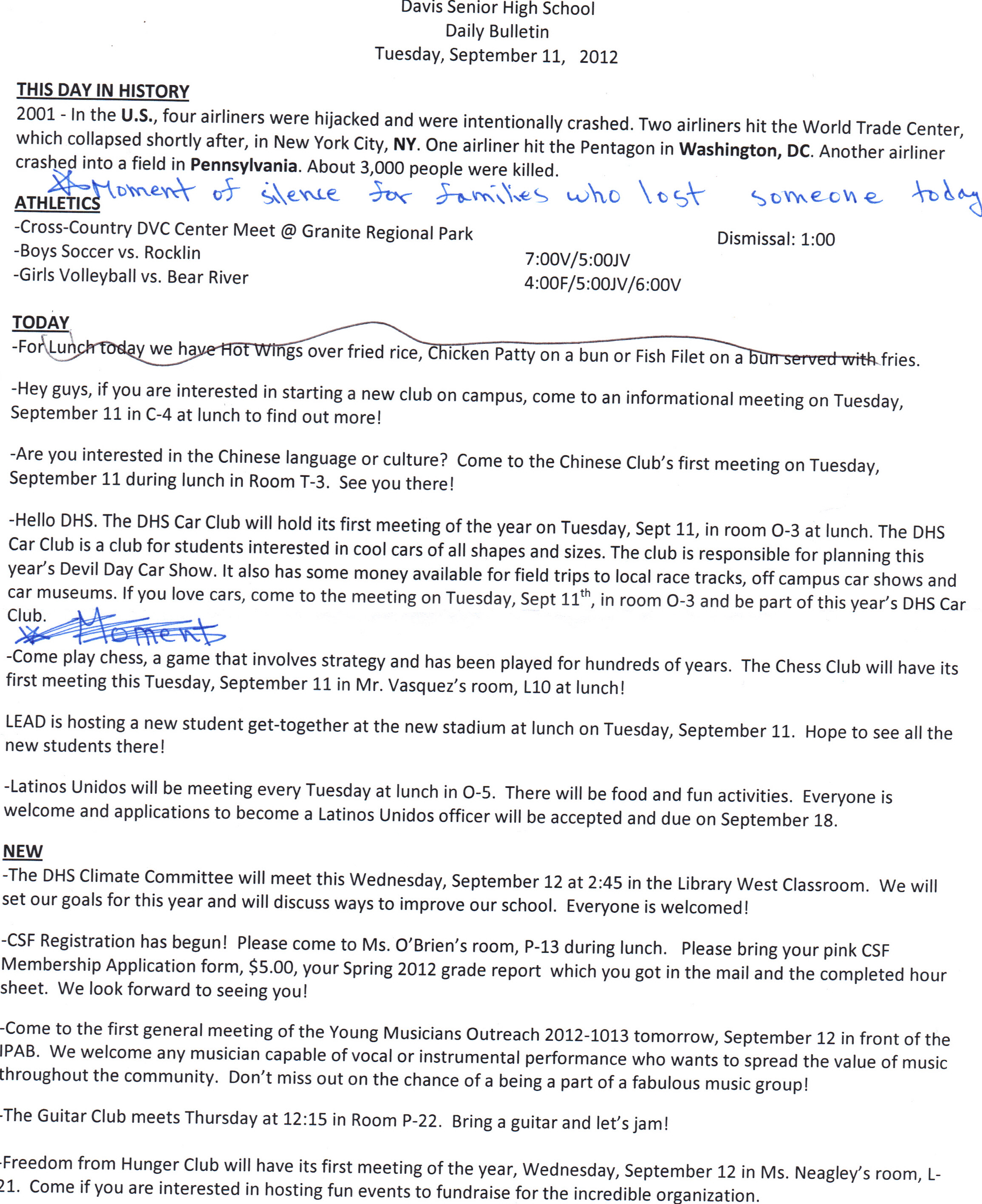 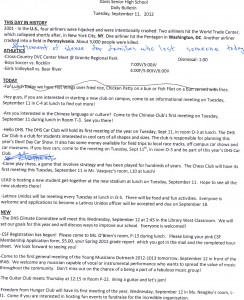 We didn’t forget. When the bulletin first buzzed through the school speakers, the story was of 9/11.

“Four airliners were hijacked and were intentionally crashed,” it began. “About 3,000 people were
killed,” it ended.

In City Council, Mayor Joe Krovoza recognized Sept. 11, 2012 as a day of remembrance for that same
day in 2001.
“We offer our deepest condolences to the families, friends, and loved ones of the innocent victims,
honor the heroic service of first responders, and honor our American troops who continue to fight for
our nation’s freedom and safety,” Krovoza said.

“I added the moment of silence in the bulletin because I knew that if I, myself, had lost someone on
9/11 I would have appreciated the school providing a moment,” Dutulescu said.

No, we didn’t forget. 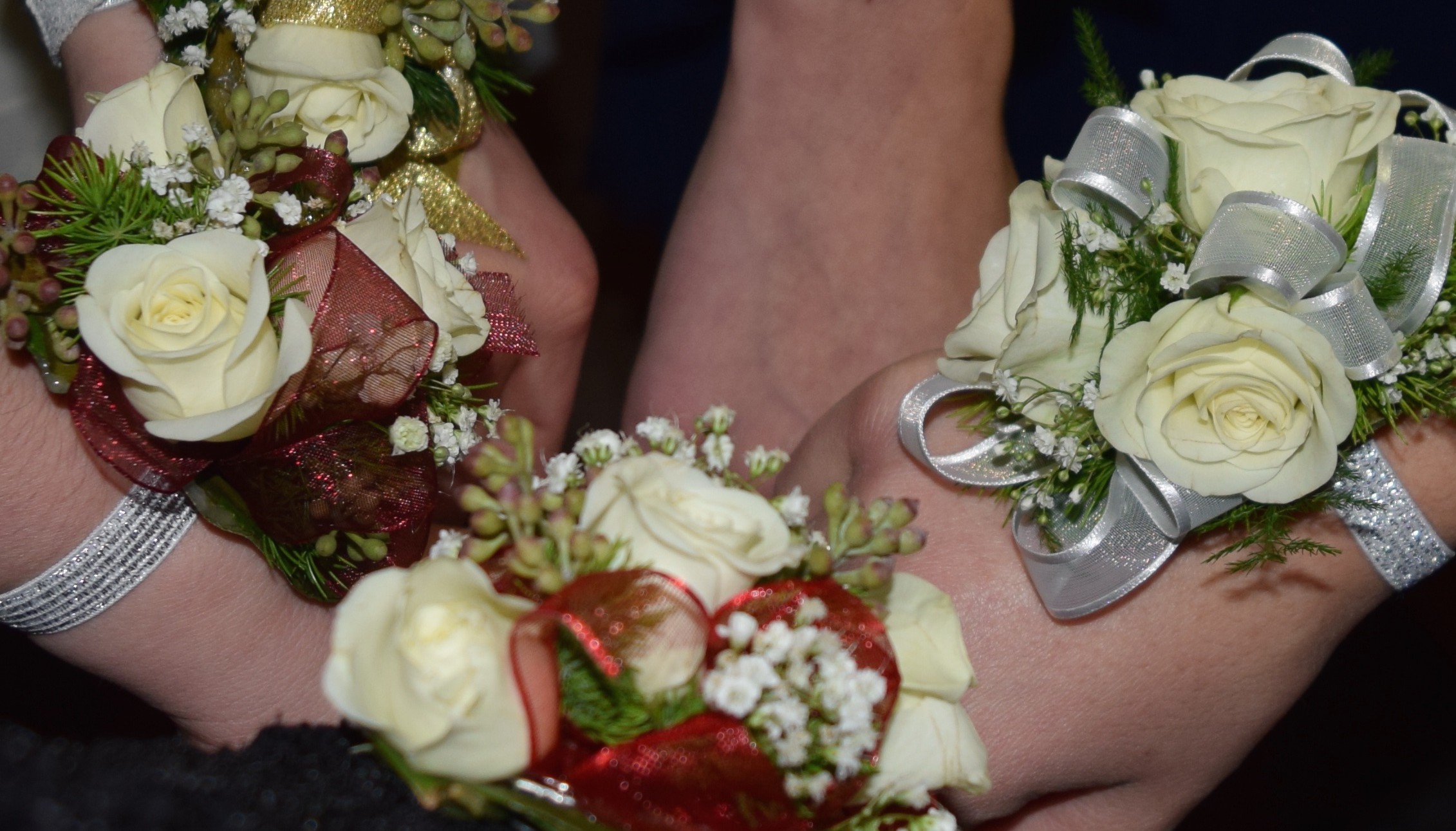 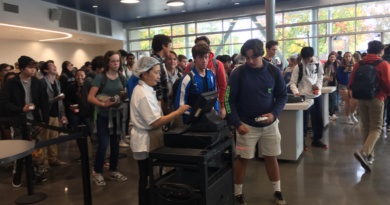