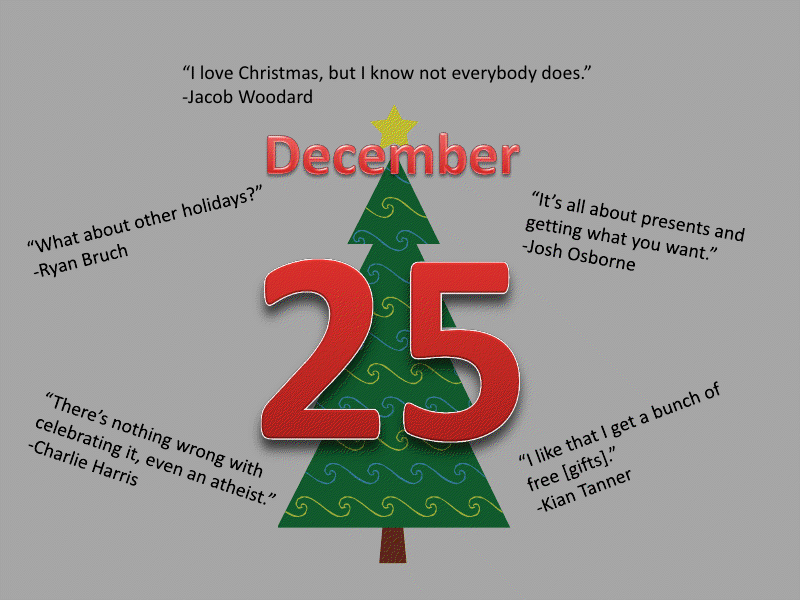 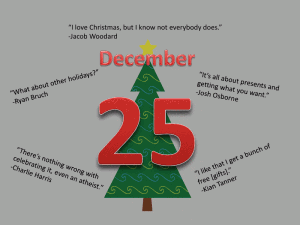 As the door opens to sophomore Charlie Harris’ house, family members stream in, ready to catch-up with family over Christmas dinner. Even though a mix of Catholics, atheists and homosexuals are in attendance, the gathering goes well, as they celebrate their own version of Christmas.

Harris says his family celebrates the cultural side of Christmas, celebrating family, community and generosity.  Praying and other religious aspects take no part in this Christmas, which illustrates a rising trend.

According to the Pew Research Center, almost one of every five Americans has no religious affiliation.  This is the highest it has been since the Center started collecting this data. Also, one in four Americans is currently not affiliated with a Christian church.

As the number of non-Christians rise, legal and social issues come with them. Tolerance towards others beliefs both in and out of school becomes an increasingly important topic.

Alan Brownstein is a Professor of Law at UC Davis who specializes in the First Amendment. “Casual well-wishing isn’t really a problem. If a teacher said ‘Merry Christmas’ to my kids, I probably wouldn’t care, much less send a letter to the principal,” Brownstein said. However, he says if a teacher holds a Christmas party in class that would be a different story.

Christmas has grown to include a significant cultural dimension to it, in addition to its spiritual aspects. “Even atheists can support some of the ideas of Christmas,” Brownstein said. This is the side of Christmas that many have come to accept, such as Harris.

Sophomore Ryan Bruch, an atheist, disapproves of the scope of Christmas. He feels that it is too large and that other religions aren’t respected enough, even in school. “Why does Christmas get a two week break?” he asks.

Even though he still celebrates the traditional Christmas, DHS sophomore Josh Osborne doesn’t see Christmas as about religious celebration or community. Instead, he has a much more cynical view. “Now it’s all about presents and getting what you want,” Osborne said.

For Osborne, his perfect idea of Christmas no longer exists, and commercialism and greed have taken its place.

Students do not leave this part of their lives out of the classroom, and serious issues arise when certain celebrations enter school.

Schools must be careful about this sensitive issue, according to Brownstein. There must be no promotion of one religion as the only true religion, but schools should try to be respectful of everyone’s personal belief system and accommodate the needs of religious students of all faiths.

“For example, it would be insensitive for a school to throw a pizza party during Passover,” Brownstein said, because Jewish students who cannot eat bread during this holiday would not be able to participate.

Outside of school or other government institutions, people are free to celebrate as they see fit, according to Brownstein. The government should not do anything to interfere with their ability to do so. Crosses and other religious symbols are fine on churches and other places of worship, as well as people’s homes, but not on City Hall.

Harris agrees, but also adds more sensitivity needs to be present for non-Christians. He said some people don’t seem to take into account often enough that not everyone celebrates Christmas. “Muslims, Jews, atheists, all other religions should not be excluded with the narrow saying, ‘Merry Christmas,’” he said. 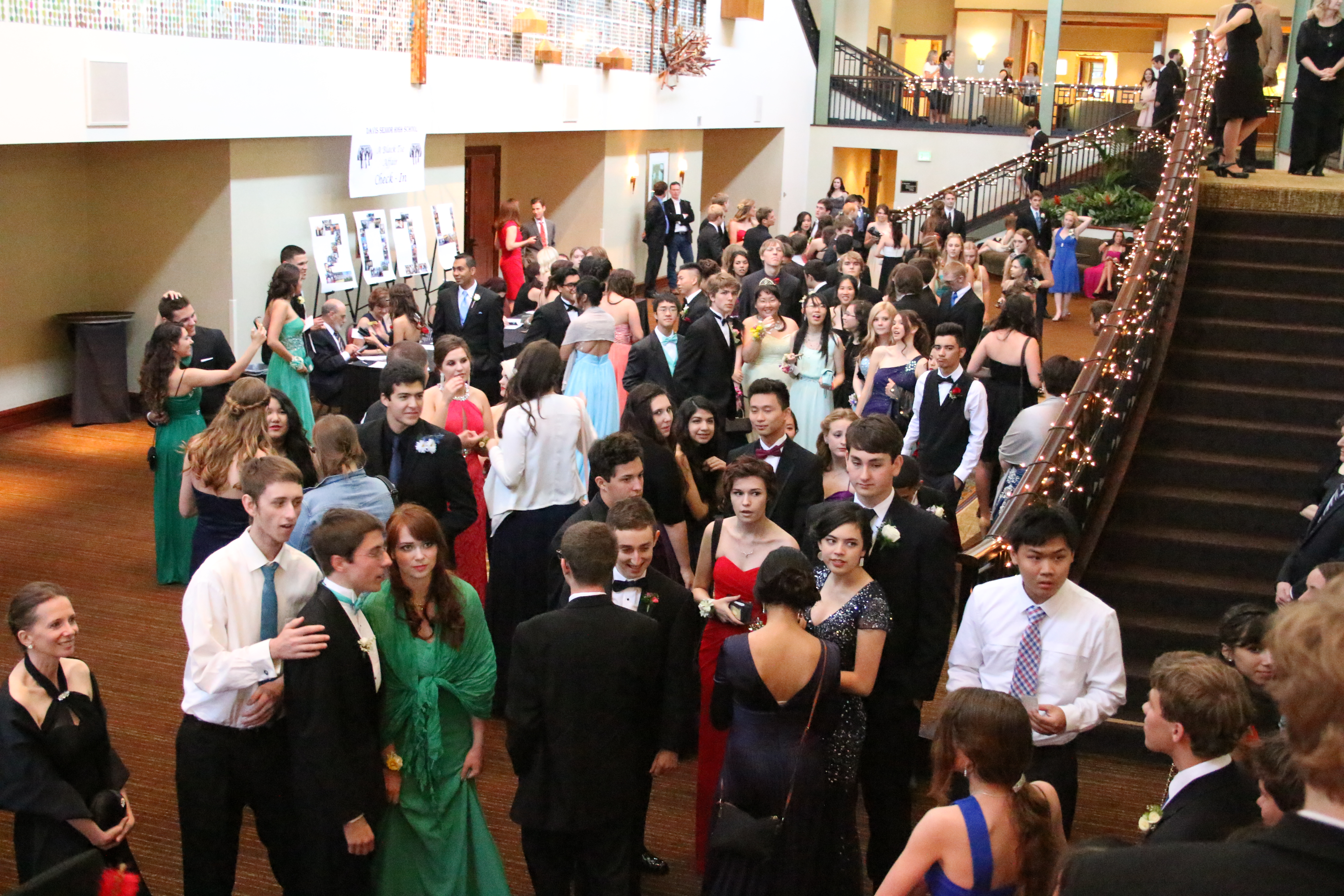 AUDIO: Prom proves to be successful 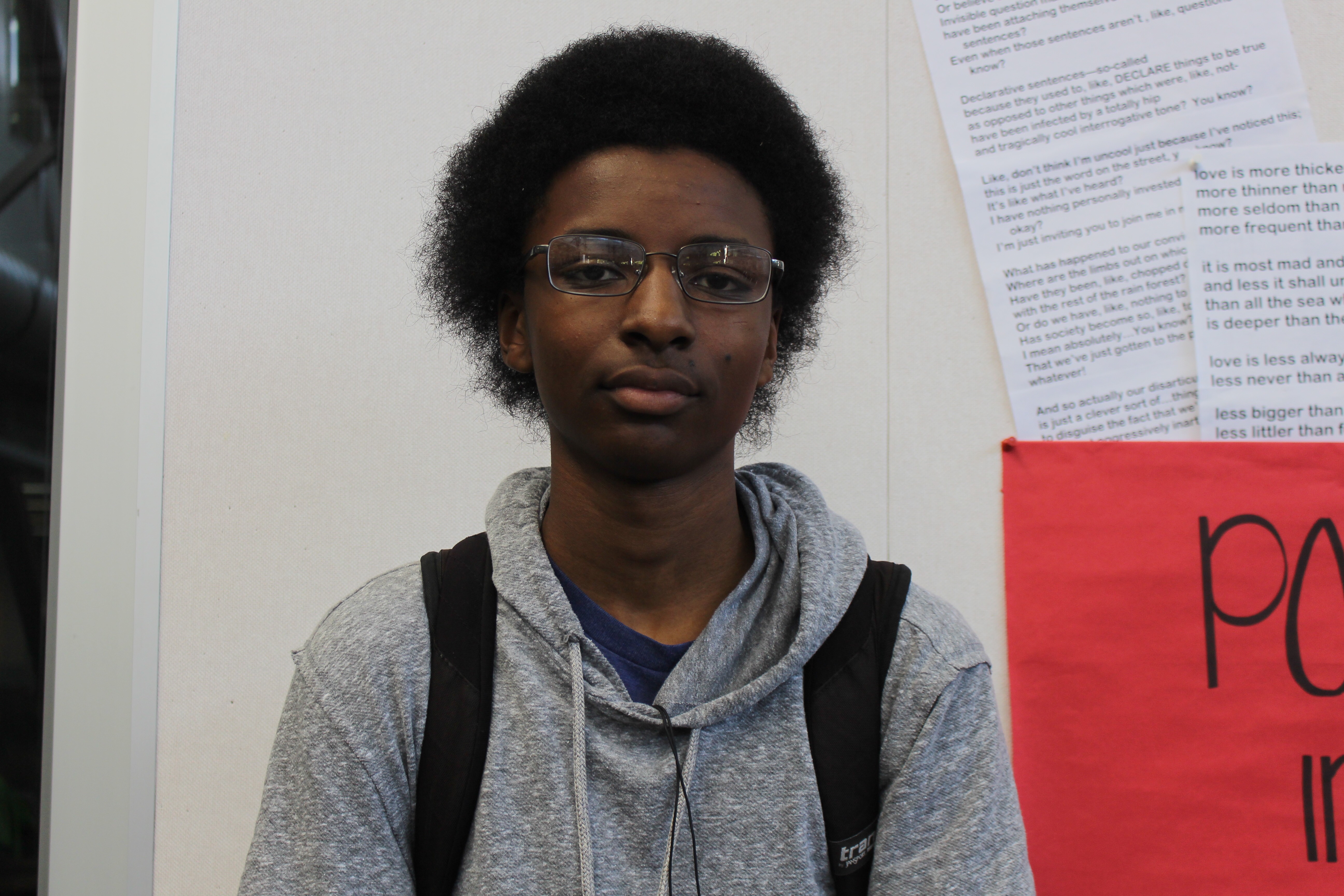 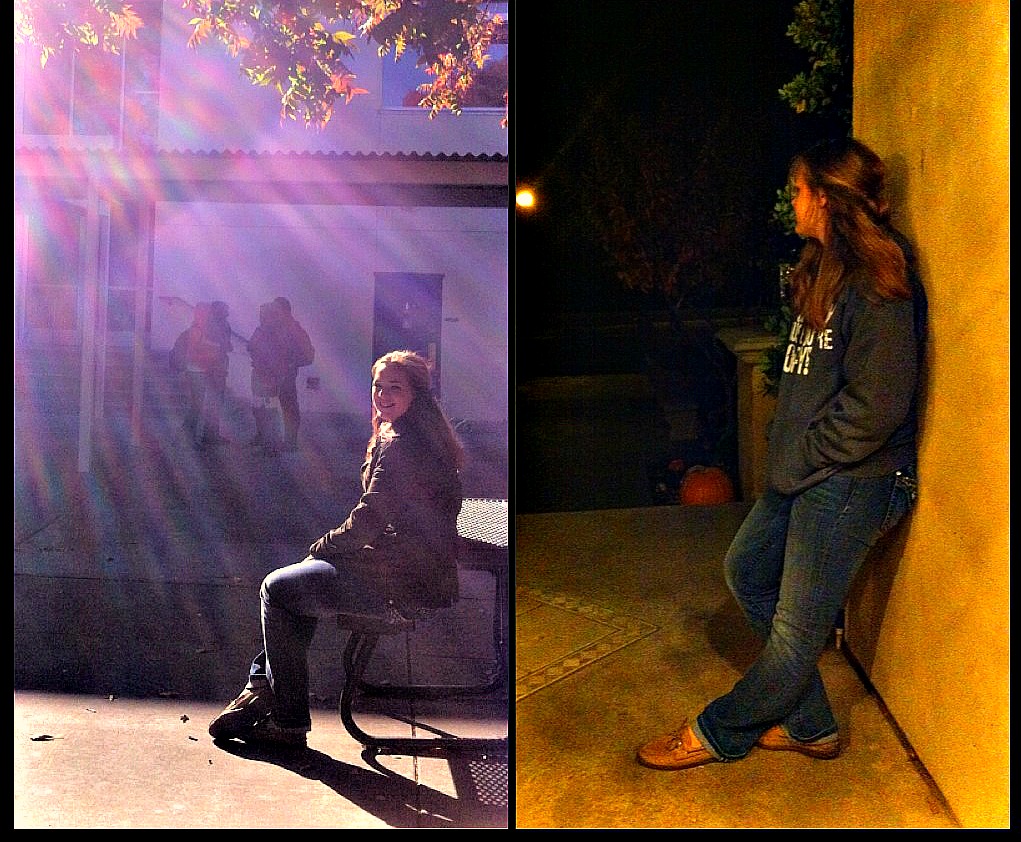