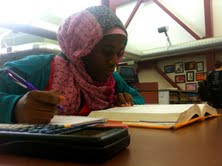 The door opens and the heavenly aroma of fresh potatoes and dumplings wafts out, welcoming visitors inside the small, cozy apartment. Inside, a woman and her teenage daughter finish one of their five daily Islamic prayers.

Sana Mahmoud and her daughter Nafisa Etlahir, now a Davis High senior, fled Sudan in 1997, a decision that changed their lives forever – and eventually led them to this small apartment in Davis, California.

Mahmoud and her husband, both born and raised in Sudan, first came to the United States to pursue careers and educational opportunities. They both studied at UC Davis, where they received their master’s degrees.

Shortly after, Mahmoud gave birth to their only daughter. It was during this time that family issues back home erupted and they were compelled to return to Sudan.

Not all was well in Sudan. Over the past couple of years, the economic situation had been worsening. Opportunities for women regarding jobs and career paths were extremely limited.

“How am I going to make my living if i go back to Sudan?” Mahmoud remembers wondering.

For Mahmoud, the answer was very simple. The opportunities and freedoms available in the U.S. outweighed the turmoil in Sudan. Education in the U.S. was flourishing and free; Mahmoud was attracted to the life that the ‘American Dream’ promised.

According to Professor Robert Baum from the Department of Religious Studies at University of Missouri, Sudan is a hot spot for emigration. “There are lots of reasons for people to flee. Sudan is a corrupt dictatorship,” Baum said.

A May 2008 census showed that the population of Sudan reached 39.8 million people with 1.2 to 1.7 million living abroad and considered Sudanese emigrants. When they left, whether to find work or to pursue educational opportunities, nearly half ended up in countries like Europe and North America. 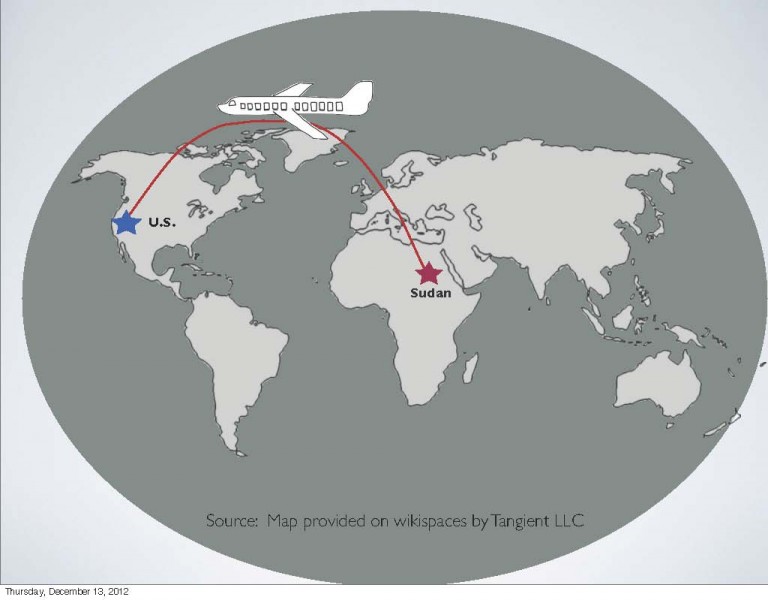 According to Steve McDonald, an expert on the history of Sudan from the Woodrow Wilson International Center for Scholars, Mahmoud’s decision to leave for educational opportunities was valid.

“That is a good reason to leave, of course, as [the Sudan culture] absolutely closes down a young woman’s life, sentencing her to a life of obeying her father, then husband, and never allowing her an education,” McDonald said.

This wasn’t something Mahmoud’s husband agreed with or took lightly. His work and family resided in Sudan at the time, and that was where he wanted to stay. Mahmoud made a brave and costly decision: to take her 3 year-old daughter and leave Sudan without telling her husband.

After fleeing Sudan, Mahmoud lost the relationship she had with her husband. As a means of punishment for what his wife did, Eltahir’s father felt the need to cut his daughter out of his life as well.

When Eltahir lost the relationship she valued with her father, she had no other choice but to rely solely on the strength and support of her mother. “It’s given me a new respect and appreciation for my mom, but it has also made me miss out on a lot of things,” Eltahir said.

“I email him. I call him. I Skype family members. He doesn’t reply to my emails, he hangs up the phone when I call, and he basically told me once that he doesn’t have a daughter anymore,” Eltahir said.

Loss and heartache are a few of the emotions Eltahir experiences on a daily basis. She constantly tries to fill the empty void she feels from not having a fatherly figure present in her life. School work and education is a place where Eltahir is able to fill that void and feel accomplished. By working diligently she is able to see positive results and renews a feeling of self-worth and confidence.

Davis High English teacher Eleanor Neagley has had Eltahir in her English class for the past two years. “Honestly, she makes it so easy to connect,” Neagley said.

According to Neagley, Eltahir is very open about her life stories and often comes by to talk. “I love that kind of kid”, Neagley said.

By coming here, Mahmoud thought the opportunities would outweigh any sacrifices she would have to make. However, for Mahmoud, the American Dream hasn’t fully been realized. “I’m an American citizen but I still feel like I’m a stranger,” Mahmoud said.

“When I came here, I had to overcome a lot of cultural differences. I had to start from point zero”. 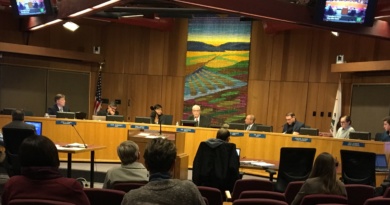 Da Vinci advocates for funding at school board meeting