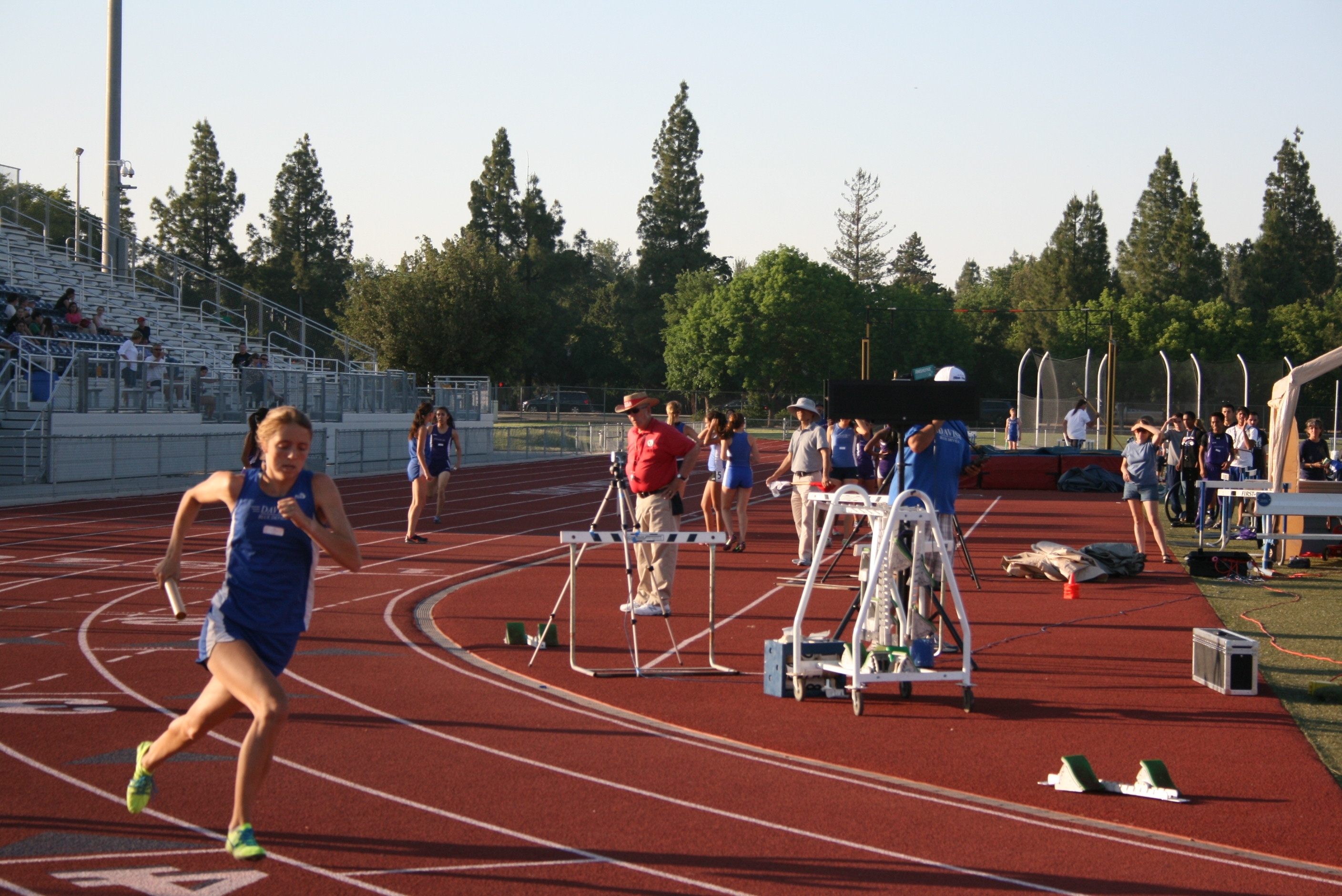 The DHS track and field team had its last home meet on Wednesday, May 1 at the Ron and Mary Brown Stadium.  The Blue Devils did well during their league meet against Franklin, and it served as preparation for the upcoming championships.

Due to the windy weather, athletes had to push harder than they usually would have. The team still kept their enthusiasm with multiple cheers and claps for each other in all of the events.  Audience members showed encouragement by either standing up or shouting for individuals and the team.According to sophomore Claire Wiebe, the last home meet was very enjoyable and fun. Wiebe earned her personal record in the 200

According to head coach Spencer Elliott, the track and field team has had a great dual meet season and they are excited for league championships and sections.

“We are ready, and I think this meet, in addition to being a competition, was also an opportunity for us to tune up and get ready for the championship part of the season, and I think everyone’s ready to go,” Elliott said.

To end the last meet of the season, team members celebrated with cupcakes and lots of laughter.

The DVC championships will be hosted in Elk Grove on Wednesday May 8 and Friday May 10.

More information about the results of the track meet can be found at http://www.dhstrack.com.