The two hours of the new Owen Wilson and Vince Vaughan film, “The Internship,” were filled with both laughter and what seemed to be one large advertisement for Google.

The two main characters, Nick (Wilson) and Billy (Vaughan), are both technologically incompetent, middle-aged salesmen Early in the movie, Nick and Billy’s company closes and they are left taking odd jobs and facing financial collapse until Billy manages to land the two an internship at one of the most coveted work places: you guessed it, Google.

If the audience can get past the non-believability of the film, then there is room for a decent amount of chuckles. Once at the internship, the interns are split into groups and compete against the other groups for the grand prize: a permanent job at Google. As predicted, Nick and Billy get matched up with a rag-tag team of misfits in which they have to inspire cohesiveness to succeed together as a team.

The rest of the brilliant college-aged students start out hating Nick and Billy for their lack of knowledge about technology and Google in general. From the phrase “on the line” to not knowing what Instagram is, the dynamic duo often provides comedy due to the irony of their lack of any technological experience or knowledge while at one of the biggest tech companies in the world. The pair seemed to annoy their team with their outdated antics as much as when your parents try to act all hip with Facebook and like and comment on everything on your wall.

The pivotal turn in the movie came when the team went out for drinks and magically bonded after a wild night and learned how to work as a team better. As predictable of a turn as that was, it was still very inspirational and was coupled well with some comedy. Nick and Billy’s group is now able to take over and dominate the challenges, leading to the well-anticipated ending of the underdogs prevailing and earning the jobs.

Wilson and Vaughan, as usual, created another predictable movie filled with lots of laugh-out-loud scenes. “The Internship” was just as funny as their previous hit, “Wedding Crashers,” and featured a lot of the same type of jokes. The main difference separating “The Internship” from their other movies is the promotion of a company; left and right there was praise for the working environment of Google. Not only did it excessively highlight the many amenities at Google such as free food, nap pods, and slides, but also the producers made it a fact to demonstrate the abundance of brilliance at Google.

As long as you can get past the film seemingly written as an advertisement, I would definitely advise to go see it due to its hilariousness. 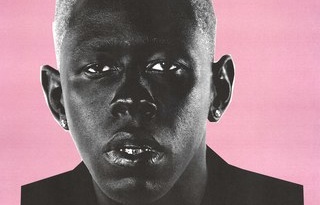 “Deepwater Horizon” is a disaster movie with heart