“Well I don’t think the trip went according to plan,” senior Quinn Perez said. Snow had come early this year in Lake Tahoe, to the delight of many of the students attending the Environmental Science field trip.

The temperature was below 38 degrees and the beach portion of the trip was canceled. However, according to Perez, the snow was quite the opposite of a buzz kill. “The snow did put a different spin on things and everyone was having a blast pelting each other with snowballs.” Perez said.

At 7:30 in the morning of Monday, Oct. 28, Environmental Science students piled into a bus and set off on a 3-hour long bus ride to Taylor Creek, South Lake Tahoe, for a day of activities in the mountains.

The group also stopped by the Nimbus Fish Hatchery just outside of Sacramento, which was a highlight among many of the students. “The most memorable part was seeing some huge salmon at the hatchery,” senior Brendan Macdonald said.

The class learns about the salmon life cycle and the threats dams pose to their natural spawning cycle. “The hatchery is there to help the fish survive in a place they couldn’t naturally,” senior Christina Messick said. “We got to feed the fish which was pretty cool, there were so many fish.”

Messick enjoyed the trip and the break from school but felt the drive was a little too long for the small amount of activities. For others the drive was well worth it.

“I would say it was worth it since we all got to play in the snow” Perez said. Macdonald agrees with Perez in that the trip was excellent and that the snow made everything more fun. Macdonald recalls the “massive” snowball fights. “They were definitely epic and exciting,” he said.

The students returned back to Davis around 4:30 p.m. Though they were back in their mild-weathered home town the snow-filled memories still remain. 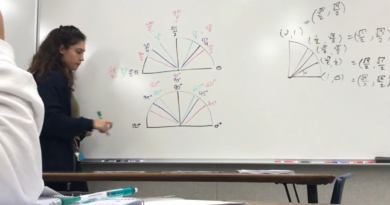