The Davis High women’s JV volleyball team took Elk Grove to their first game of three sets during the last game of the season. The Blue Devils ended up losing the third and final set of the Nov. 5 game in the South Gym against the Thundering Herd.

The Blue Devils entered the court with high spirits and hopes of winning the game against the undefeated them and landing themselves second place in the league.

Coach Jordan Friend said that “to play this team was really important” because “[Elk Grove] hasn’t lost a set.”

The Elk Grove team traveled to Davis for the third time this season and took home a victory, winning the first set 21-25 and the third set 7-15.

Davis advanced five points in the beginning of the game almost signifying an easy win for the set, until Elk Grove shot ahead 3 points from the team’s fast serves and Davis’ fouls. However, the first set was close—with a few fouls but also quick hits from each team—leaving the crowd on the edge of their seats.

Despite losing the first set, the Blue Devils returned stronger in the second set.

Co-captain Lilly Purves said, “We won the second game, which gave us a lot more confidence.”

Davis was ahead for most of the second set, earning a score of 5-3 within the first five minutes and a final score of 27-25.

Team member Hazel Jackson said, “In the second game, we really pushed through and didn’t give up.”

Many times through, Davis sent the ball flying back with its numerous hits, all of which were met with loud cheers.

“The serving streak with Heather [Huston]” gave the Blue Devils a push ahead the Thundering Herd, co-captain Jordyn Fahey explained.

Jackson said that “Sarah [Whittle] hit really well” and “Purves and Huston did some really good service runs” which were some moments that really supported their win.

It was set even closer than before; the tension built up as the teams went back and forth with their striking hits and kills, leading to a tie of 25-25, but Davis scored the win with Elk Groves’ fumbles and fouls.

The last set was a little disappointing for the team, as Jackson said.

With a few fouls and faulty serves from Davis, Elk Grove took the lead, 0-7 within the first ten minutes. Although Whittle hit and killed twice in a row, Elk Grove came around with even more, advancing them 3-13.

Despite the loss, the team members left the game with a positive attitude.

Fahey said that they “could’ve rallied together a little more” but “we played our hearts out.”

Purves said, “We played really well. It was a good way to end the season.”

Blue Devil linemen prove to be a close crowd 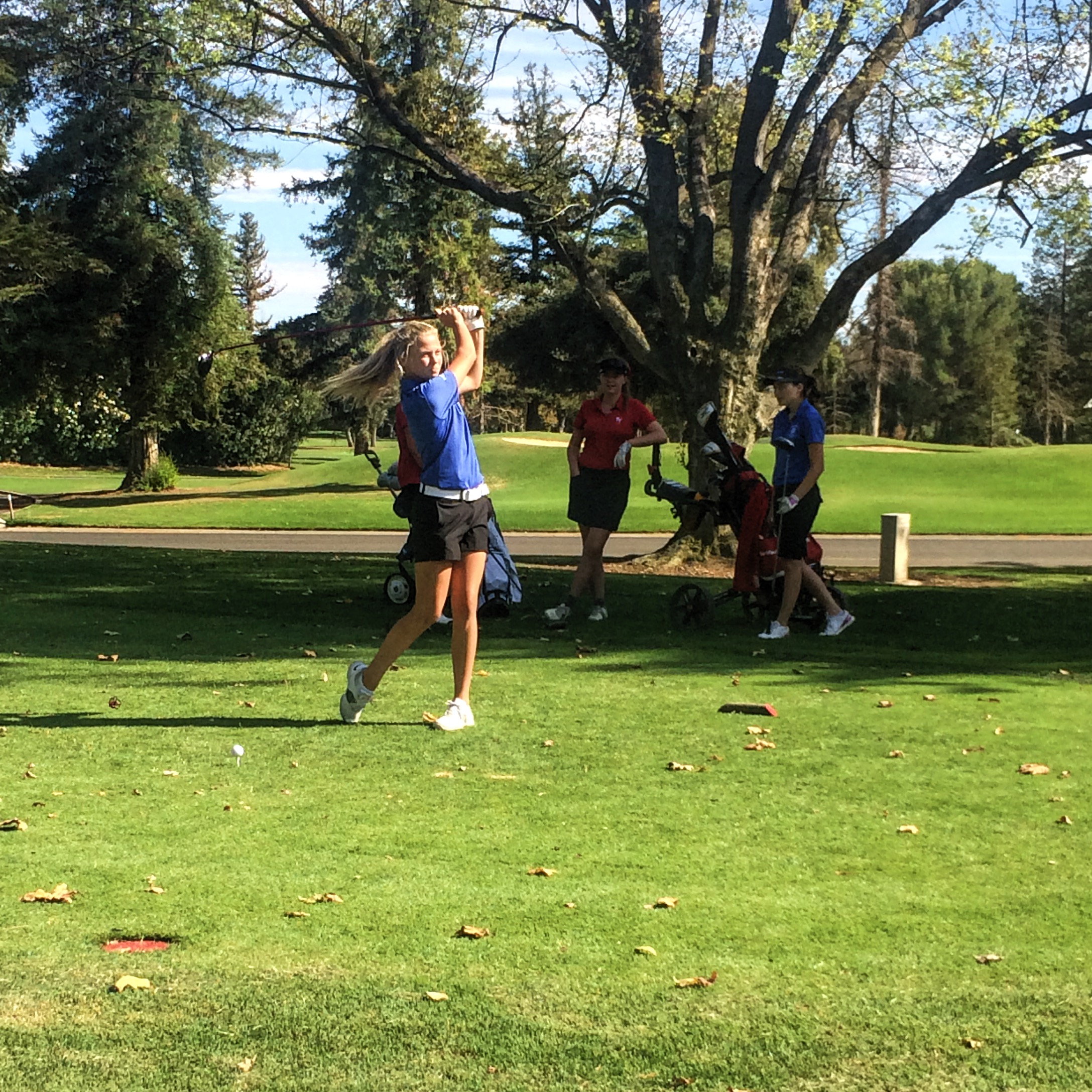