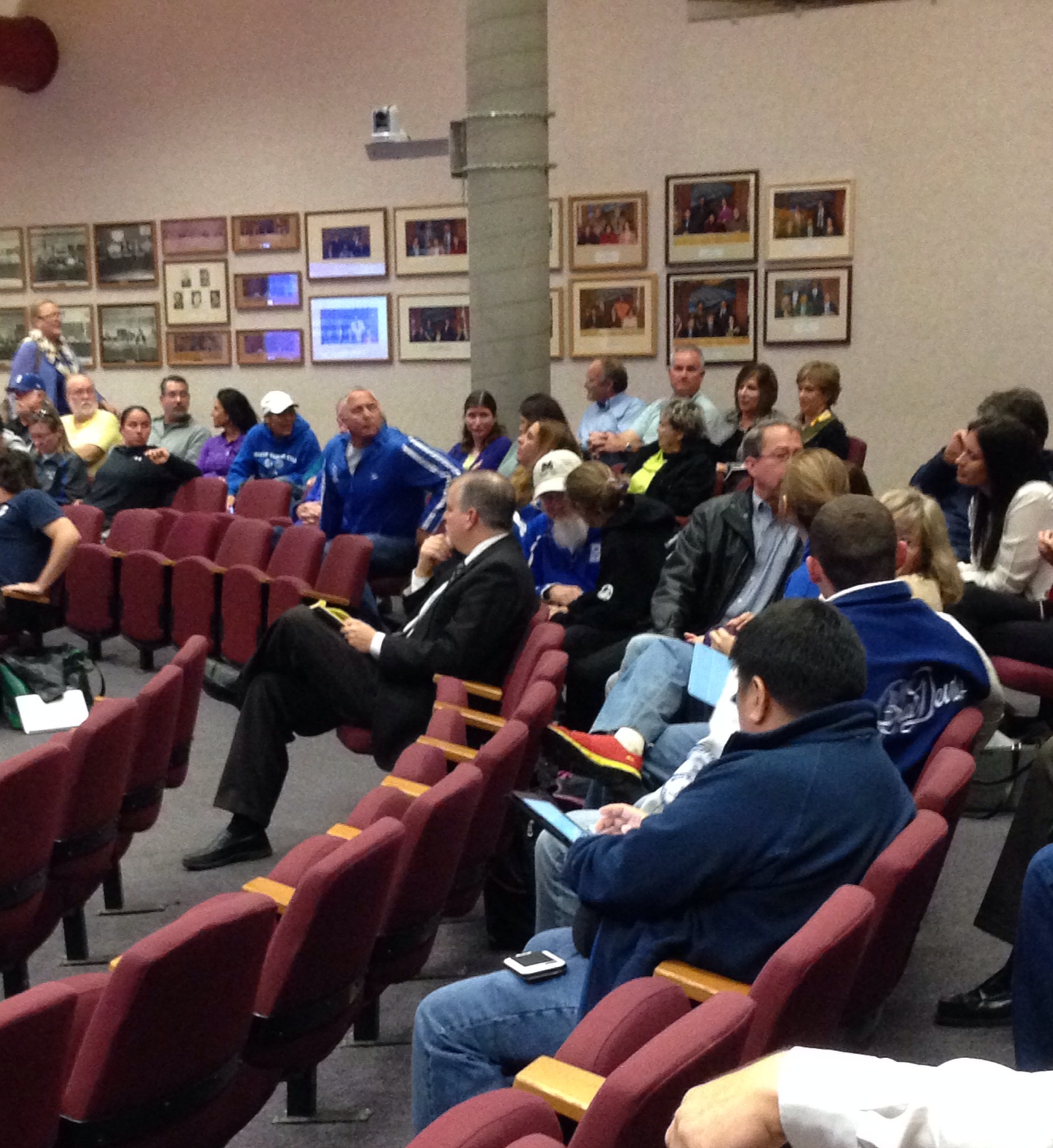 On Feb. 20, the DJUSD school board held a special meeting in regards to the volleyball coaching situation. Audience members hoped a decision would be announced at the beginning of the public session, which began at 7:15 p.m., but the board did not enlighten community members with a conclusion. Instead, it addressed the problem briefly within the first five or so minutes of the meeting, stating a final solution had not yet been decided.

Previously, on Feb. 14, Principal William Brown announced via Facebook that “Coach Ron Duer and Coach Jordan Friend have accepted the position as Co-Interim-Coaches. Previously these two have served as assistants in the volleyball program. They hope to continue building on the recent success the program has experienced. Superintendent [Winfield] Roberson has granted permission for our coaches to begin practices immediately.”

A district-hired investigator had previously concluded that Davis High volleyball Coach Julie Crawford “more than likely” retaliated against school board member Nancy Peterson by cutting Peterson’s daughter from the varsity roster in August, despite the fact that she had been playing on the varsity team since she was a sophomore.

The men’s volleyball team was caught off guard when it was announced on Feb. 9 that all practices would be cancelled until the hiring of a new coach.

At the Feb. 20 school board meeting, Davis parent Nancy Storm took her place at the podium during the public comment period, stating that with “personal reason aside, you don’t retaliate against a student, and any coach, teacher, counselor, administrator that […] shouldn’t be tolerated”.

Storm then added that anyone who has been discussing the problem through social media should be “ashamed of themselves, and have created a circus around this issue”.

DHS coaches Dino Clark and Sally Hosley were both present to discuss their positions on this issue.

The board members then proceeded to discuss changes in the Davis Athletics policy, leaving attendees pondering about the decision that will soon be made.

NOTE: This article is an edited version of the original, with several factual errors corrected.

Last friendship day of the year at Davis High

3 thoughts on “UPDATE: School board holds special meeting regarding the Crawford situation”