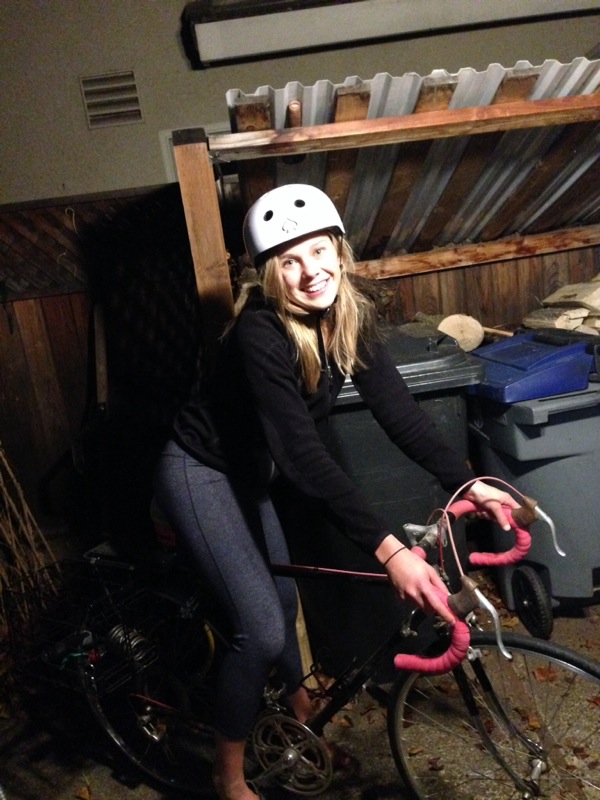 Audrey Zenner wakes up early every morning to prepare for school like any other freshman; however, she gets up earlier and her destination is not one of the junior highs, she is going to Davis High.

Zenner takes AP Spanish 5 at DHS. She is part of a small group of freshmen who attend DHS for a first period class.

“I like being able to take a class at the high school,” Zenner said, adding that it will better prepare her for sophomore year, because “now [she’ll] know where things are next year ahead of time.”

“We do offer Spanish 4 at Holmes first period. We combine all of the four students from Holmes and [the ones] from Harper. This year, the class only has 28 students […] the number of junior high students looking for Spanish 5 is even less,” Neely said.

Even though the freshmen in Spanish 5 have not had years of high school Spanish, they are still ready for the class.

“These are all advanced students. They are more comfortable speaking, even if they make mistakes writing,” DHS Spanish teacher Christina Bernadac said,

Bernadac noted that this could be because many ninth graders in 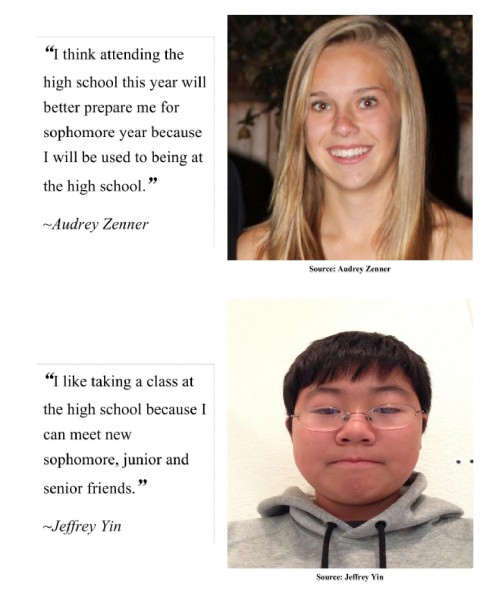 Spanish 5 classes speak Spanish at home and are more accustomed to it and added “a lot of Spanish 5 material is more university level,” and that freshmen “might not be ready to understand the concepts of materials.”

There are freshmen in other classes besides Spanish 5 at DHS; some students are ready to take a higher math class, like Introduction to Analysis (Intro) as ninth graders.

“This year, there are five,” Johnson said, recalling that last year there were only two.

Johnson felt that junior highs should not offer Intro because “they’re really not enough students […] the [School] District has to spend its money wisely.”

Johnson also mentioned that the freshmen in his class work fine with the sophomores, juniors, and seniors.

“Remarkably, they seem to get along well,” Johnson said.

Bernadac agreed, adding that “the more mature students are, [the easier it is] for them.” Zenner said she feels “just as included” as the high school students in her class.

Jeffrey Yin and Kyle Qi are also ninth graders who attend the high school, and are in Johnson’s first period Intro class.

Yin says he likes taking a class at the high school because “[he] can meet more sophomore, junior, and senior friends.”

Every day, Yin and Qi exit the classroom together; however, Qi does not leave campus.

“I have Chinese [at DHS] second period,” Qi said, splitting off from Yin to go to his second period classroom; Qi is one of the very few freshmen who has two classes at DHS.

“I like having Kyle in my class because then I have someone to [answer questions] at Holmes,” Yin said.

Qi also saw the benefits of taking the class with a friend, and is glad he is able to take Intro this year.

“[There are] different peers […] different settings […] we have finals and midterms, and I’m good at tests,” Qi said.

Both students are pleased with the system that the school district has set up to allow freshmen to take classes at the high school, and don’t feel like there is any need for improvement.

Even transportation between DHS and the junior highs does not seem to be a problem. It takes Zenner “about five minutes” to bike to Holmes, and when it is too cold, she takes the bus.

“I’m usually about five minutes late to my second period class at Holmes,” Zenner said. However, her teacher is “fine with [her] walking in late and joining the class.” 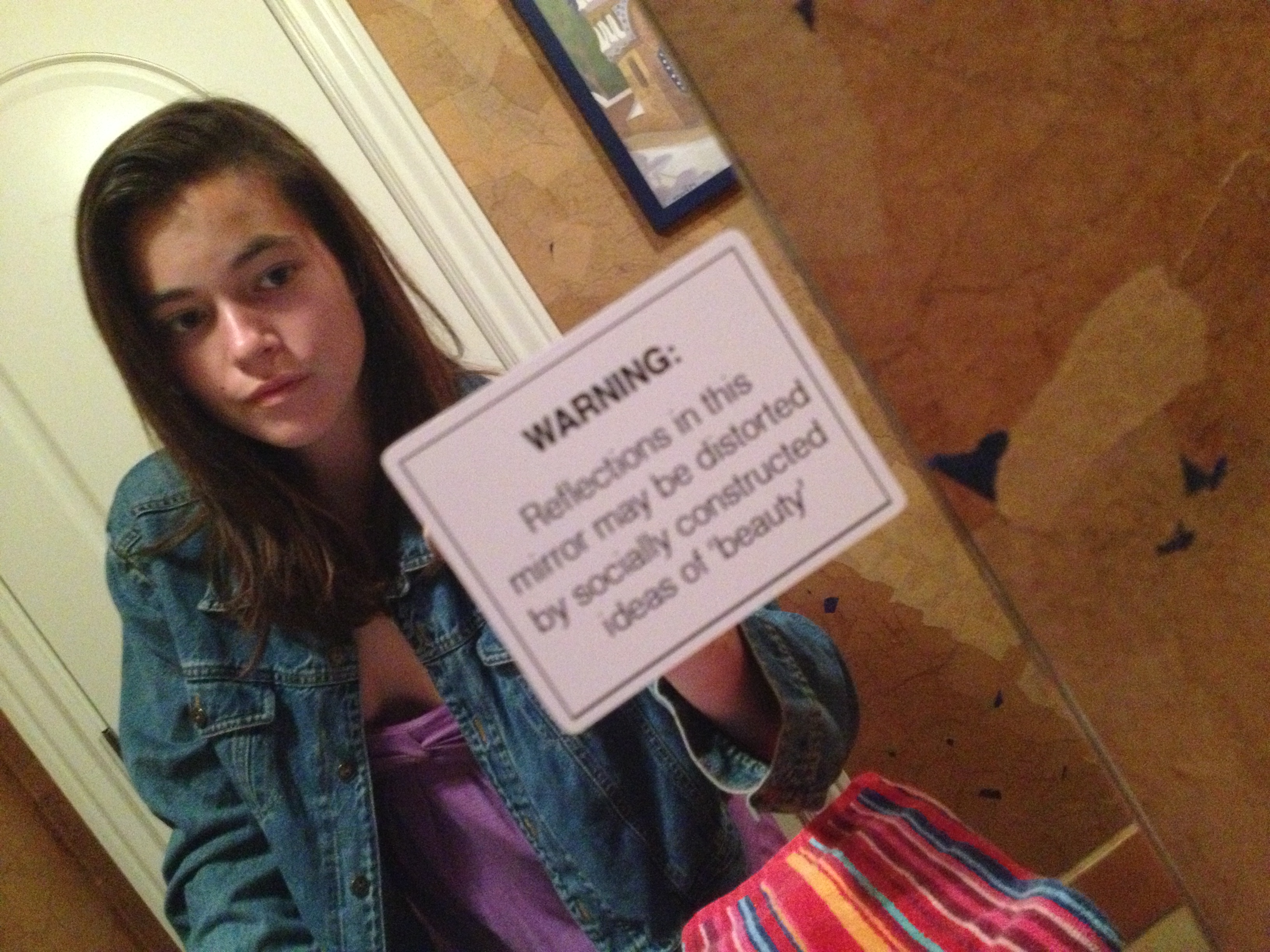 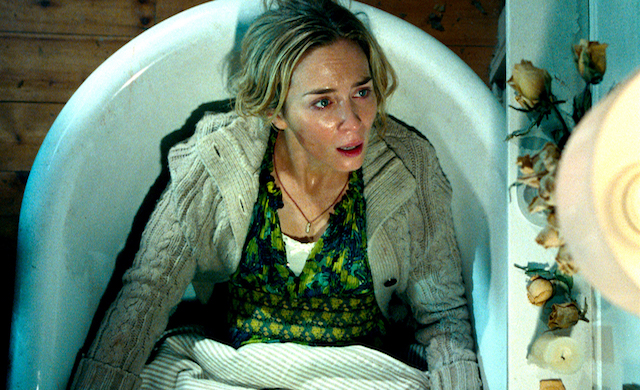