Davis School Board Trustee Nancy Peterson has stepped down from her position.

Peterson announced her resignation in a prepared statement: “I believe the best way to serve all students is to defuse speculation and end further distractions so that the board may carefully deliberate the findings of the district’s report. Therefore, I resign my position as a trustee for the Davis Joint Unified School District, effective immediately.”

“It is no secret that the victim at the center of the complaint is my daughter, a student in this district,” Peterson added “Over the years, countless families have expressed fear about the perils of challenging staff when wrongdoing is perceived. Most do not speak up and I can understand their choices to remain silent.”

Peterson’s announcement was made during public comment and came as a complete surprise.

School board president Gina Daleiden released this statement to the HUB:

“”The last few weeks have been challenging for all of us who care about our schools , our community, and our kids. There are still some serious questions to answer, and I know this Board intends to address the effectiveness of policies and procedures so that we can move forward,” Daleiden said.

“After our ruling on the appeal on March 13, the Board will be released from the strict impartiality we must maintain while in our quasi-judicial role in the appeal, and we will be able to comment on the administrative procedure of the complaint and investigation and move our district forward with effective and transparent procedures in place. We hope that all of us now can work in a spirit of true cooperation, doing what’s best for our students.”

Peterson voted against approving head coach Julie Crawford’s contract twice, once during the summer, and again when four members of the board voted to reinstate Crawford’s VSA.

She also filed several oral complaints against Crawford, citing inadequate supervision of the players, mishandling of funds and other issues.

Rob Peterson, Nancy Peterson’s husband filed an official complaint after their daughter, a two-year varsity player, was cut from the team before her senior season.

The School Board had encouraged Peterson to resolve her problems with Crawford privately through a mediator before Mar 13., which is set as the date when the board will hear Crawford’s appeal about her head coaching position. 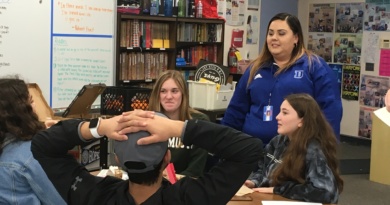 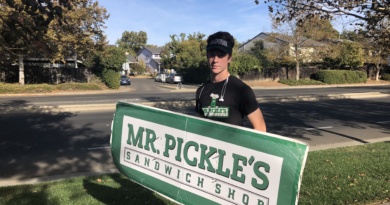