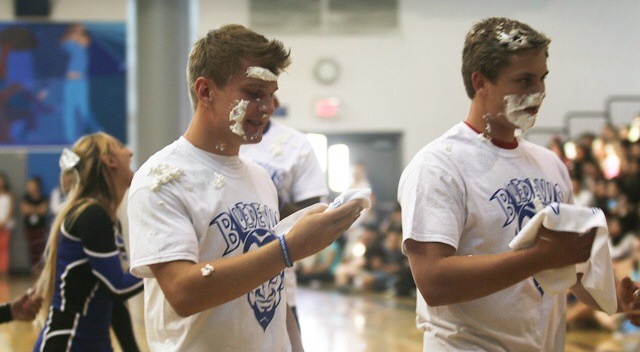 The Davis High gym was filled to the brim with students as the 2014 homecoming rally took place on Sept. 22.

The DHS pep band played until the rally commenced with the singing of the national anthem by senior Devon Hayakawa.

Then, after an attempt at a hair flip by master of ceremonies and junior Teddy Knox, the dance team preformed.

Later, master of ceremonies and senior Sydney Maguire, followed the trend showing off her high kick before DHS cheer took to the gym floor to perform.

“It was a lot of fun, and kind of a rush,” said JV cheerleader and sophomore Bailey Ringer.

Splitting the two performances was a speech by the new athletic director, Jeff Lorenson, and the Blue Devil’s football team taking a run around the gym.

However, it cannot be homecoming without the royalty. Teacher royalty Mr. and Mrs. Gorgeous were announced followed by the sophomore, then junior and finally senior homecoming royalty.

As the rally came to a close a game was played, resulting in dizzy cheerleaders throwing a football in a random direction and football players with pie in their face.

The girls were brought out, blindfolded, spun 10 times, and instructed to throw a football through a hula hoop.  After the footballs were done rocketing anywhere but their intended destination, three football players were brought out to do the same, or so they thought.

Senior Marcus Turner, junior Cole Morse and sophomore Austin Griffiths were blindfolded by the cheerleaders, and the spinning began.  As they spun three pies were brought out and one was handed to Hupe, Johnson, and Vitangcol.  After the unsuspecting players had let their footballs fly, they were greeted with a pie to the face.

“I thought the prank was cool, funny, kind of predictable,” sophomore Abby Sutcliffe said after witnessing the shenanigans unfold.

After last year’s successful prank, in which football players were tricked into getting kissed on the cheek by their moms, the committee in charge of the rally wanted to do something similar because

“Last year’s prank was the best. We were thinking of a game to do; we were going to do a race with some of the athletes, but it was too hard to contact them all,” rally committee and senior head Renee Schuman said.

To finish it off was a spirit week fashion show. Teachers and students showed off their spirit week gear while running, waving and confidently walking around the gym to give the rest of the student body ideas for the upcoming spirit week.

“Everyone was really upbeat and really into it,” said sophomore senate Sam Moore. 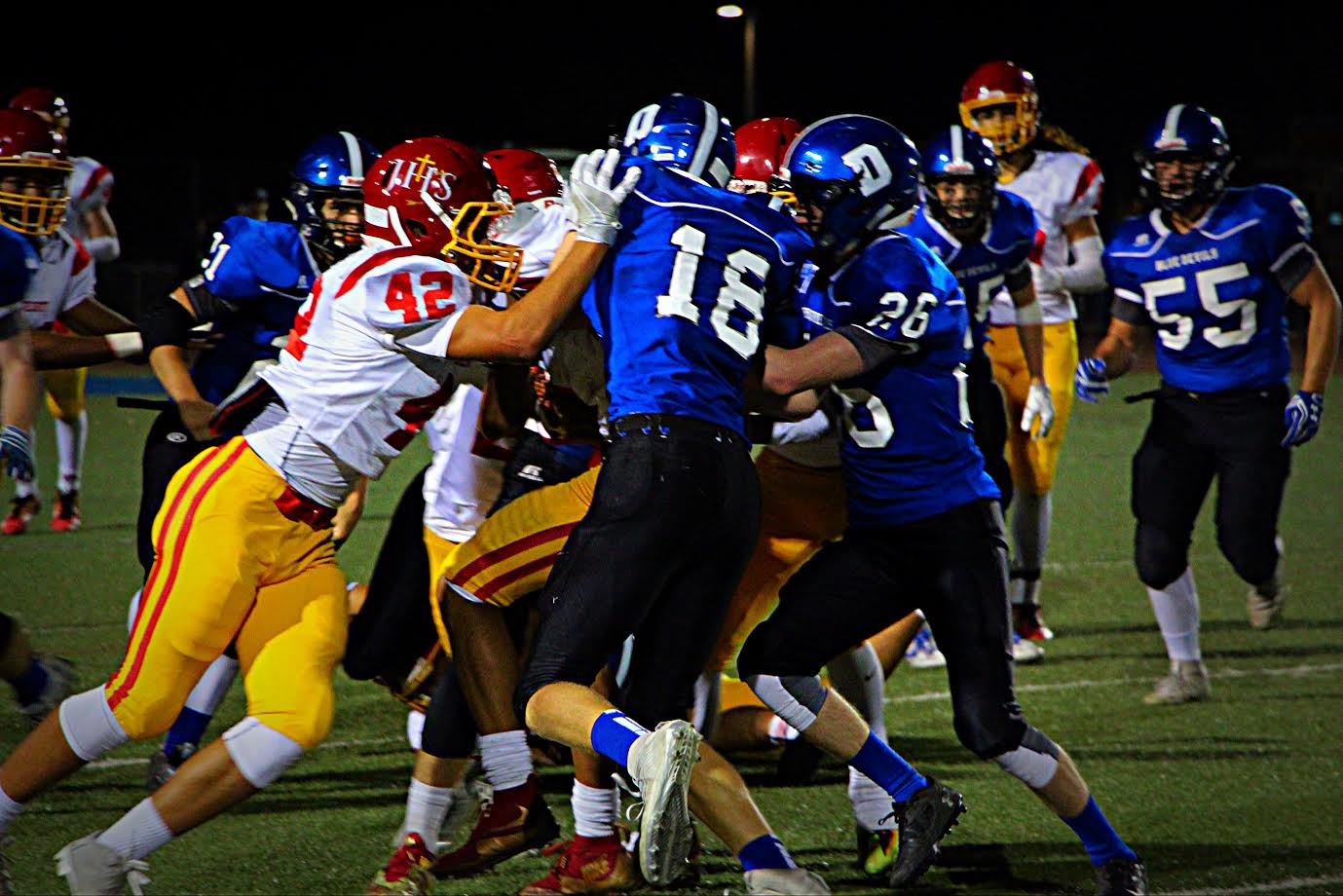