A brilliant strike by senior D.J. Villegas and junior Ethan Hessl capitalizing on a Franklin Wildcats (4-4-3 in conference) mistake lead the Davis high varsity soccer squad to a 2-1 victory at Yudin Field.

The last time these two teams met Franklin came away with a 2-1 victory but playing on their home field helped the technical Blue Devils according to coach Alex Park.

In minute number 24 junior Matt Cheung played a great ball to Villegas on the left side of the box. With his first touch Villegas slotted the ball into the opposite top corner leaving the Wildcats and the crowd amazed that the ball went in.

The Blue Devils (8-3 in the Delta League) lead was doubled 15 minutes later as Hessl’s pressure defense caused a miscommunication between Franklin defender Darren Singh and goalie Kardo Ballesteros allowed Hessl to tap the ball into the empty goal for what turned out to be the game-winner.

Davis controlled the ball after a sloppy first 25 minutes and had many chances thanks to great crosses from senior Jesse Hopp. “Jesse played amazing. He created a lot of opportunities,” Park said.

Franklin never gave up and forced a defensive breakdown in the 78 minute on a ball over the top of the Devils defense, forcing sophomore goalie Connor Judd to come out. Judd was a little late with his slide and brought down Franklin’s Joseph Islas in the box resulting in a penalty kick and a yellow card for Judd.

With Judd having to be subbed out, junior John Carson came in and guessed right on the penalty kick from Franklin’s Andrew Alltop but the ball just evaded Carson’s hands resulting in a goal.

The late goal allowed by the Blue Devils was frustrating to Park since it will hurt them in the future. “ We have to work on making sure that we don’t give up a soft goal,” Park said.

Franklin’s Eric Cobian received a yellow card late in the second half after committing his fifth foul despite protests from Blue Devil players and coaches throughout the game.

Davis was missing a few players due to injuries and sicknesses hoping that they will all recover by the time playoffs begin in a week and a half. 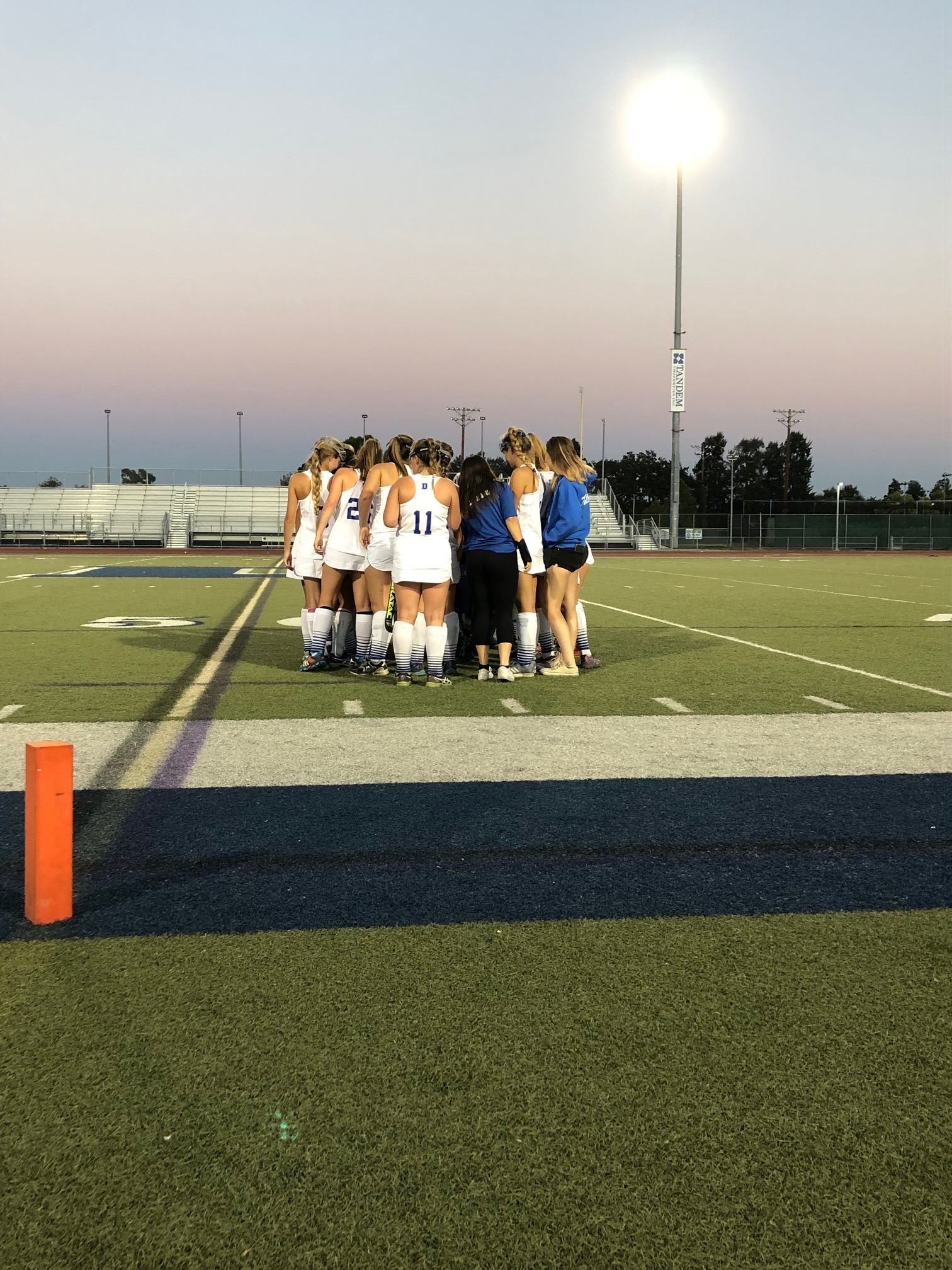