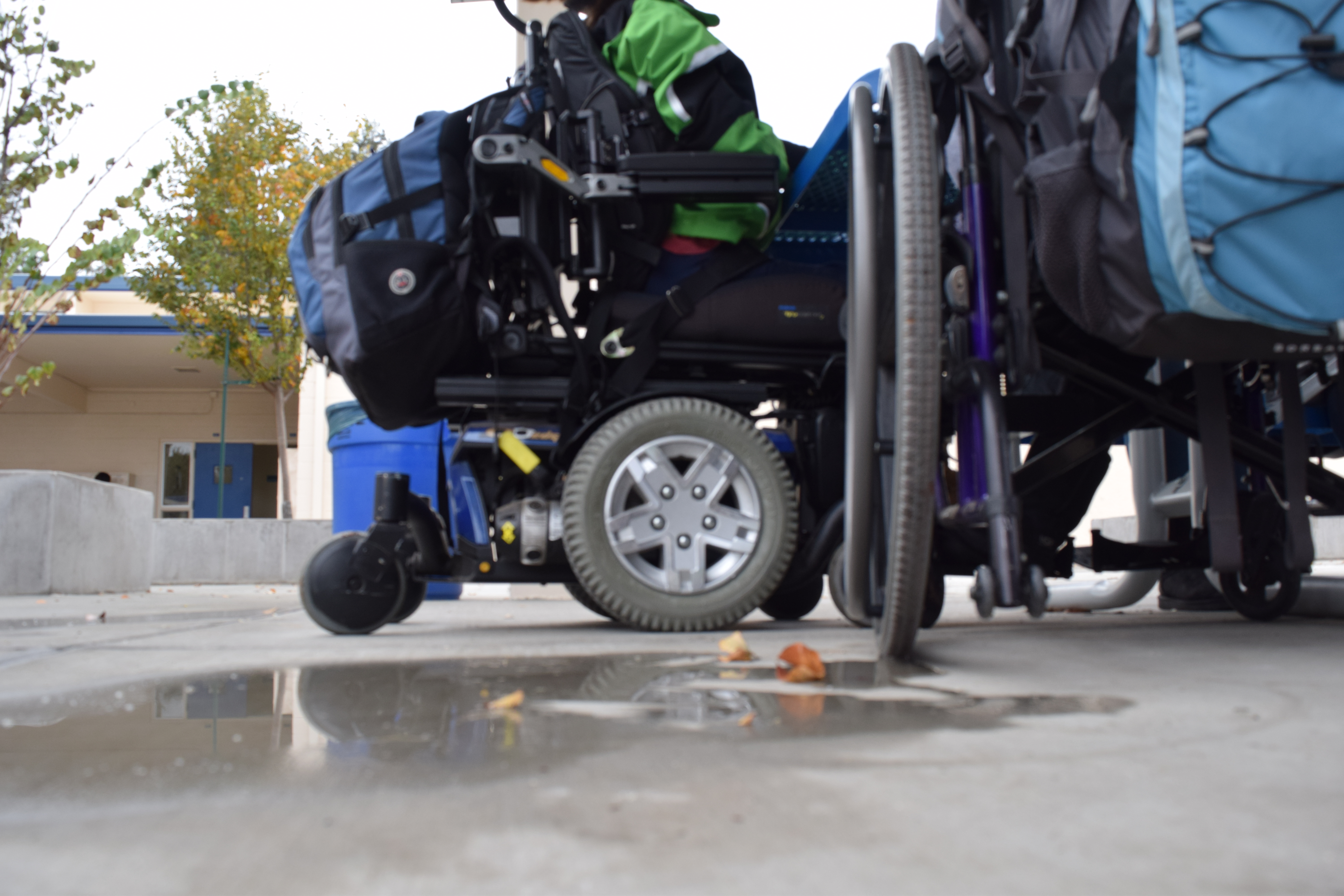 This story was first published in the Nov. 21 HUB.

The interior of the south gym on a rainy day is a bleak scene: a group of students gather around collapsible tables along the northeast corner and the fluorescent lights illuminate only a portion of the building.

“It’s kind of dark in here,” senior Jessica Roeckl-Navazio notes as she eats her lunch, isolated from the rest of the student body.

Roeckl-Navazio, who is accompanied by a paraeducator, is one of the many students unable to leave campus during lunchtime. Because Davis High does not have a multi-purpose room (MPR), she has to eat lunch in the south gym on rainy days.

Although Roeckl-Navazio would like to have an MPR to eat lunch in, she noted that “probably by the time they build one, I won’t be here.”

After mold spores were discovered in the MPR in 2010, the building was closed and demolished in 2012.
In a 2013 interview with The HUB, school board trustee Sheila Allen said, “We decided not to rebuild the MPR because we did not currently have access to the amount of funds [estimated at $11 million] needed to build a new one.”

Instead, a shade structure was built in the vacated space with the intent of creating a place for students to congregate and eat lunch. However, the structure provides little protection from the elements.

While most students can make do by eating with friends in classrooms and hallways or leave campus during rainy weather, some students—like those with disabilities that restrict them to campus—lack a place to eat lunch when it rains.

“The majority [of the students I work with] need supervision not only eating, they have to be supervised on what they eat, and some of them need support eating […]” special education teacher Leticia Vasquez said.

“We’re not going to make our students eat out in the cold,” Vasquez said. “The majority of our students aren’t going to want to get wet–it’s not comfortable.”

In addition to inconveniencing students, DHS lunch facilities may not meet state requirements. A section of the California Code of Regulations (which governs state agencies) mandates, “Multipurpose/cafeteria area (indoor or outdoor) shall be adequately sized and flexibly designed to protect students from the elements and to allow all students adequate eating time during each lunch period […]”

District Superintendent Winfred Roberson agrees that the shade structure does not meet state standards, but believes that “making the south gym accessible and permitting [students] to eat lunch in indoor hallways and classrooms” is an adequate solution to the problem.

“[The current shade structure] was the best structure we could provide, at the time, given the budget crisis. The current structure is not the ideal facility for a large comprehensive high school like DHS and we want better for our students,” Roberson said.

Roberson believes that the school is adapting to life without an MPR and that students can adjust.

But although DHS has functioned for several years without an MPR, activities director Eric Morgan argues that just because students and teachers are making do does not mean the district can hold off on building a new one.

In May of 2014, Morgan compiled a list of reasons why teachers and students need a new MPR.

“From the outside, it might look like we just don’t need an MPR because people are adapting, so I wanted to make it very clear to the people who control the money that adapting does not mean this is good for our community [or that] this is good for our school,” Morgan said.

Morgan identified 22 different issues that have arisen since the demolition of the MPR, including the necessity of holding events like sports banquets at other venues and the absence of storage space at DHS.

Morgan sent the list to the school district with a message that included, “[the lack of an MPR] marginalizes our low-income and disabled students, who are fed by our school and so have no other option than scramble to find shelter from the weather in the winter, crowding the wet and dirty floors throughout Davis Senior High.”

The response? According to school board trustee Susan Lovenburg, “there are no current plans to build a new MPR.”

According to Morgan, the lack of an MPR does not just push aside students with disabilities; it excludes them from interaction with the rest of the school.

Senior Michael Hale, another student unable to leave campus at lunch, also wishes the school had a place where everyone could socialize. Because of the lack of such a place, Hale has to eat in his resource classroom on rainy days.

“When it’s raining, I eat inside in M-1 and just play music on my computer,” Hale said.

Hale thinks that a communal building like an MPR would allow him and his classmates to interact more with other students.

“[I would like to have an MPR] because you can meet new people, say ‘Hi’ to them and […] you can talk to your friends about stuff that’s going on in your life,” Hale said. 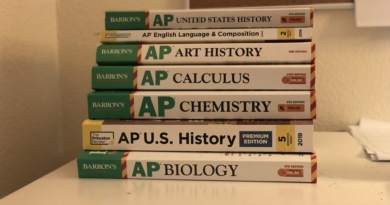 How to self-study for this year’s altered AP exams