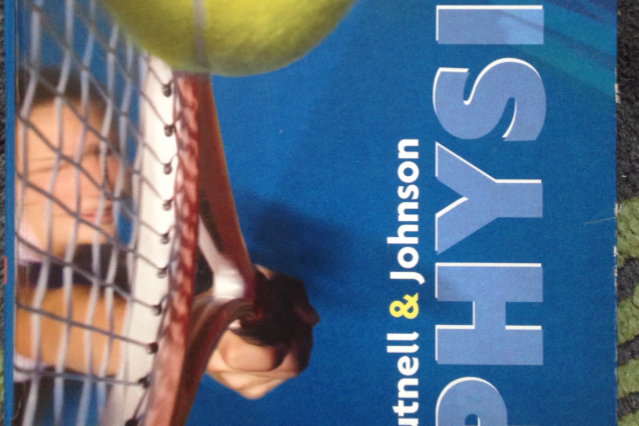 A number of students were disciplined by the administration  for taking part in a cheating incident that involved some Physics Honors classes. During last semester’s finals week, students reportedly took photos of Wayne Raymond’s Physics Honors final and sent them to students in later classes.

One student who heard about the cheating alerted the administration and Raymond, who declined to comment on the incident.

Junior Willie Hall was not involved with the cheating, but said that at the beginning of the Dec. 19 finals period, Raymond told the class that he had heard allegations of cheating and that some students had received images of the test. He then gave students half sheets of paper and asked them to write whether they had received images of the test, and if so, from whom.

Hall says that Raymond also threatened to remove the test from the gradebook, which he thought “would really suck, because a lot of the people who didn’t cheat thought they did pretty well on it.” However, Hall says he understands why Raymond would do so, because there were people who did not get caught and took the test with an unfair advantage.

Some students who were suspected of cheating were then taken out of class and questioned by the school administration. One student, who requested to remain anonymous, was pulled out of his physics testing period and interrogated.

He said that he had “suspected [being pulled out] had to do with the cheating scandal, as [Raymond] had just talked about it,” but he “wasn’t involved so he wasn’t too worried.”

The student added that although he understood the reason why the administration was questioning him, he was frustrated that the process took up his entire finals period when he was not involved in any of the online messages or exchange of photos.

Another student who wished to be quoted anonymously says that he was put into the group chat where someone sent photos of the test. He says that he was studying at the time with other friends, and they all decided not to use the photos and “[told] the group that that we wanted to be taken out.”

One student suspended for participation in the incident was motivated to cheat “to help out my friends.” Another student suspended for circulating photos of the final said he “posted pictures in order to share information with classmates.” (The HUB’s policy is to not name students involved in disciplinary proceedings unless they allow their names to be used or their names are published elsewhere.)

Both of these students regret their involvement and say that they have definitely learned their lessons.

After the administration’s investigation, students who were definitely not involved with the cheating kept the scores they took on the original final. However, some of the students more involved in the cheating received suspensions or zeroes on the final. Other students who were taken out of class to be questioned and missed the original test were able to retake a different final on Monday, Jan. 9.

Junior Jessie Green, a student in Raymond’s Physics Honors class, was not involved with the incident, but was surprised to hear of the cheating. She thinks that “in Davis especially, the pressure to get good grades and go to a top college is high and that makes students do questionable things.”

According to Principal William Brown, “cheating has risen to the point that it has become a discussion topic for our students, parents, teachers and school staff.” But Brown wants to emphasize that “most students do not cheat […] and work hard to earn the grades they get.”

Brown hopes that students will learn from this incident that “dishonesty is a bad thing and that if they invested the same amount of time preparing they could earn the grade they are hoping for.”

“We have supportive teachers and staff who will work with students to help them get the grade they want,” he said. 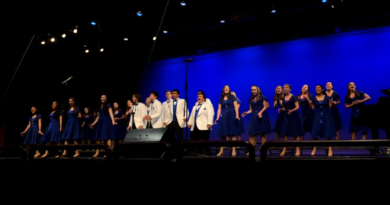 Local musician honored at Harmony in Our Lives Concert

The Discussion Over Ethnic Studies