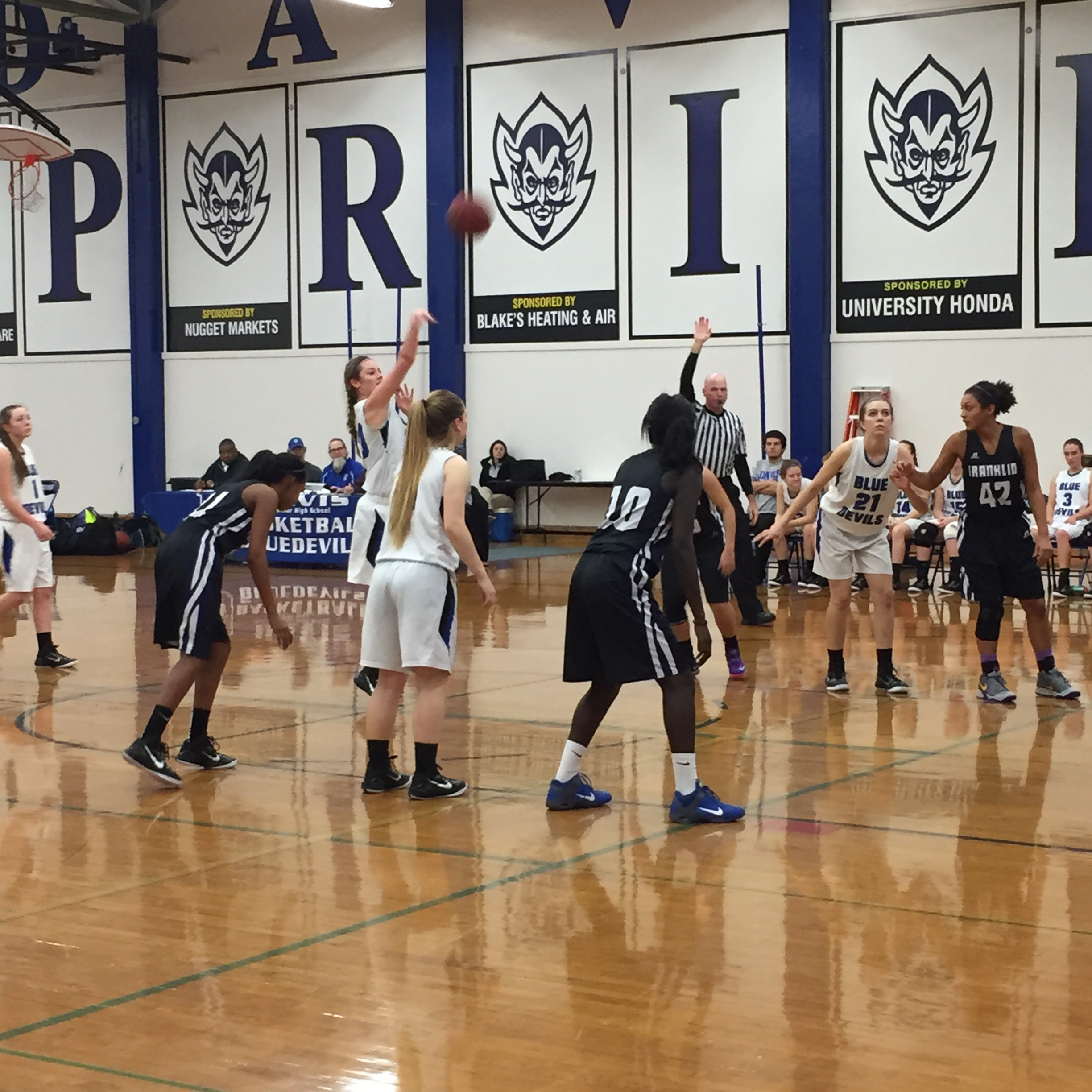 Senior Emma Stenz recorded her seventh career double-double to lead the Lady Blue Devils, scoring 22 points and grabbing 10 rebounds, 6 of which were offensive.

“They’ve been in our league for quite a few years now, so I feel like we’re pretty familiar with the team dynamic,” Stenz said of the Wildcats. “We basically shut them down in a full court press.”

While Stenz mixed it up with Franklin defenders in the post, senior Katie Grahn went three of six from the three-point-range en route to her 15 points and six rebounds.

“[Grahn’s] shooting [is] really coming around, so it’s good to see that,” coach Heather Highshoe complimented. Highshoe mentioned that the team set goals for themselves before the game.

“One of [the goals] was to out-rebound Franklin, and right from the beginning, I think we got two or three offensive rebounds, so I was very pleased with our efforts in crashing the board hard,” Highshoe said.

“It’s important for them to give themselves multiple opportunities on offense and then a quick rebound on defense to look to transition, so I was pleased with our efforts on the board.”

The Lady Blue Devils took the lead immediately, with senior Caitlin Mazzoleni (nine points, five rebounds) making her first two baskets to make the score 4-0. By the end of the first half, they led the Wildcats 32-19.

Highshoe did noticed some things for the team to improve on.

“It’s a matter of just fine-tuning a lot of things and taking care of the ball,” she said. “[We had] one too many turnovers at the end of the game. The girls know that we need to take of the ball and we can’t afford for any late-game turnovers, let alone any turnovers.”

The Lady Blue Devils had 13 turnovers, a number they hope to decrease in their upcoming games against tougher opponents.

“Any game is always hard, but away games especially, going into somebody else’s home,” Highshoe said.

“I’m hoping to go farther into playoffs than we did last year,” Lengtat said, noting that last year DHS was knocked out in the first round.