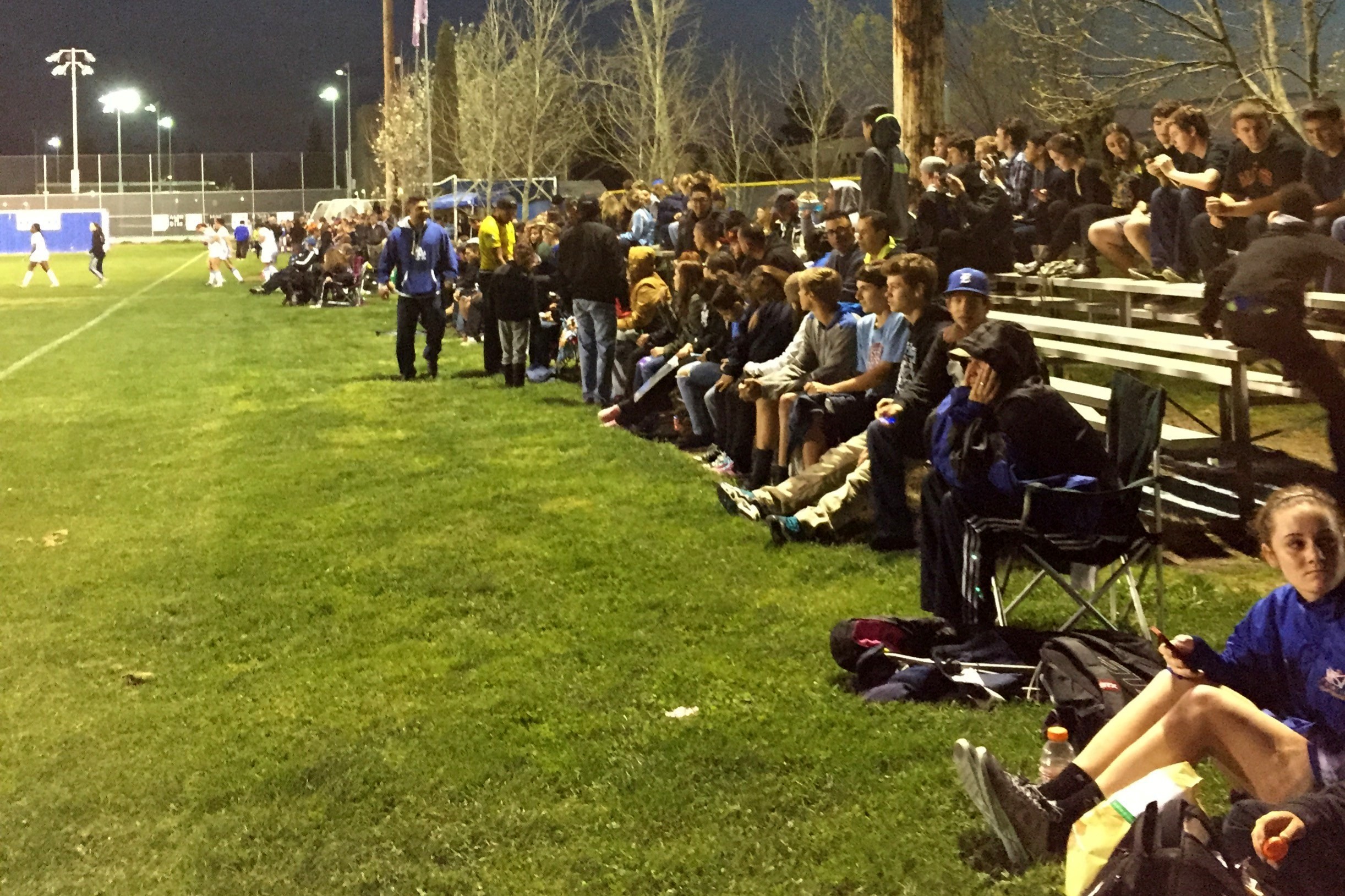 Davis High’s women’s varsity soccer team came out victorious in the big rivalry game against the defending section champions, St. Francis High School, on Mar. 11.  DHS student government put in a lot of work to hype up the big game, and Yudin Field saw a great turn out from the student body as the Blue Devils won 3-0.

The big game was a “Black Out” game, so the fans showed up in black attire. Student government passed out glow sticks and cookies to the student body. In the days preceding the game, the high school campus was decorated with posters advertising it, and “White Out” and “Gray Out” spirit days for the soccer team.

“We just wanted to get the word out and get a crowd. It’s such a big game, and [Davis] hasn’t been able to play St. Francis in a while, so this was a big deal,” student government member Elsa Iverson said. “There’s a lot of pride in beating your rival, and if a big crowd helps and having a lot of school spirit there helps, then stud gov wants to make it happen.”

The St. Francis Troubadours were in trouble from the moment they kicked off. Senior Sophia Hernandez started the game off with a bang, scoring a quick goal in the first few minutes. The Blue Devils continued to relentlessly attack the goal, with sophomore Julia Curtis working up the left wing and freshman Brooke Rubinstein using her speed on the right.

Junior Gaby Herrera and sophomore Sidra Busch helped contribute to the fiery Blue Devil offense, and Davis kept possession for most of the half. The Devils’ hard work was rewarded with a booming header goal from freshman Ava McCray off of a corner kick taken by Herrera. The half ended at 2-0, in favor of the Devils.

During halftime, student government members and the Blue Devil mascot roamed the crowds with a free pizza to reward to the loudest fans. They also were running a raffle–tickets were free for anyone with ASB. Raffle winners won free food and drinks from student government.

The second half of the game saw another goal from Hernandez, making the score 3-0. The Devils didn’t let up their vicious offense, and leading to a frustrated Troubadour fouling McCray for a yellow card.

The Blue Devils’ defense kept the ball away from the keeper, with junior Makenna Rubinstein on the right, senior Renee Shuman on the left, and freshmen McCray and Mia Villegas in the center. Curtis earned a yellow card late in the half.

The soccer team was excited to win, especially against their rivals, and in front of such a crowd.

“[The crowd] was honestly the most amazing thing ever,” Rubinstein said. “The fans are so awesome, and they pump us up so much more.”

Student government was proud to bring out a big crowd for the DHS soccer team, and hopes to propose a “Blue Out” game later in the future.

“Some may have not been so happy about the crowd we drew to the game because it took away from crowds at other sporting events tonight, but I think that no matter what the sport, it’s great to see so much school spirit and that students take so much pride in their school,” Iverson said. 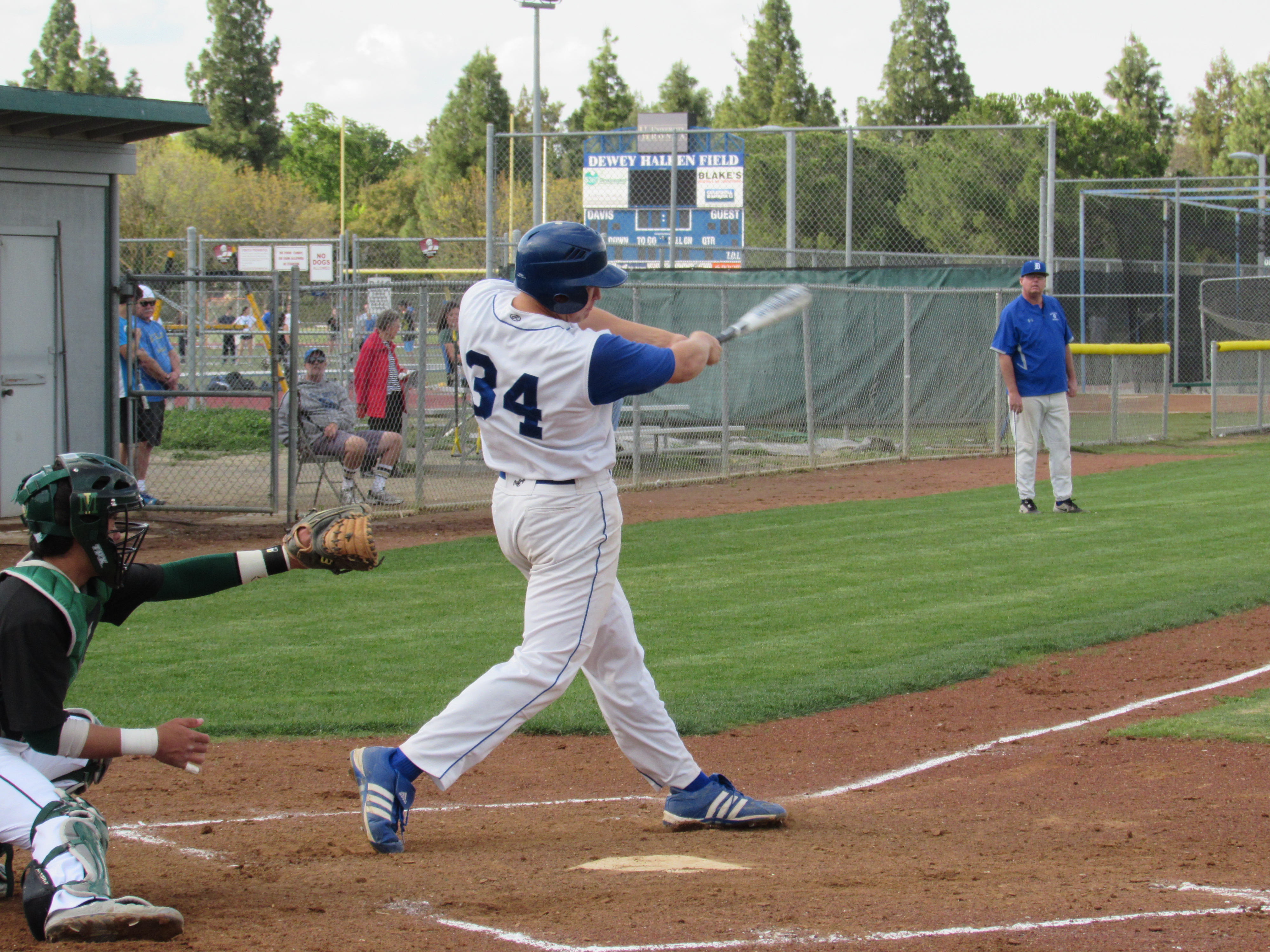