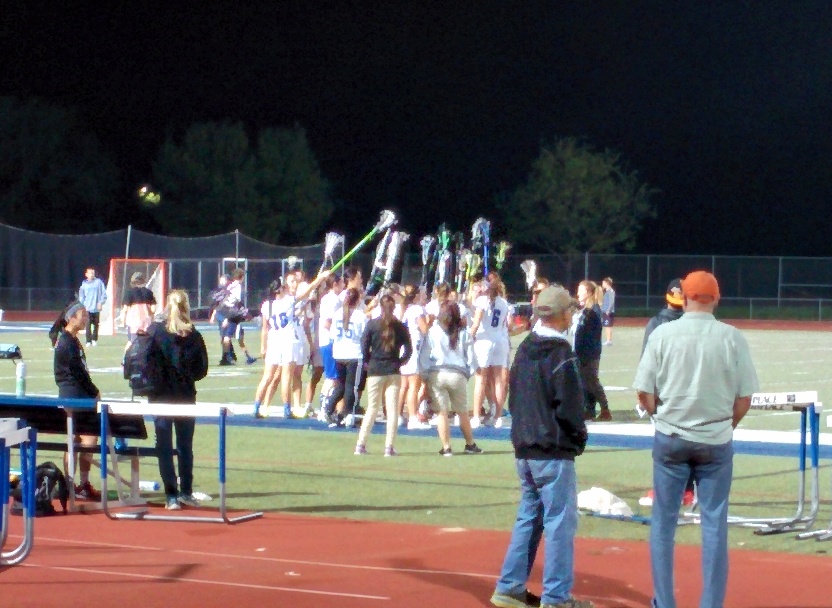 The Davis High varsity women’s lacrosse team faced off against the San Ramon Wolves for their first home game of the season on Friday, Mar. 13. The game lasted a little over an hour and a half and resulted in a 13-9 loss for the Blue Devils.

Both teams struggled to pull ahead in the first half, during which San Ramon tended to lead by one point. However, a sudden goal from the Wolves with two minutes left on the clock made the score 4-6 at halftime.

At the start of the second half, San Ramon began to attack with a vengeance. The guests drove in three goals in quick succession, taking the lead at 9-4 before DHS called a timeout.

“[During the time out] we really talked about settling it down and listening to your teammates,” Hahn said. “Just really working together as a team, setting the ball down, and taking time to get the open passes to make the goals.”

Despite some San Ramon success immediately afterward, the timeout was followed by an almost unbroken chain of four DHS goals that put the score at 8-12. The Wolves then called their own timeout, which was followed up by a long stalemate.

Finally, each team scored a goal apiece and the game ended in a 13-9 victory for San Ramon. Despite the loss, the DHS team seemed optimistic.

“For this early in the season, we did really well,” sophomore Camille Renaud said. “We’re really learning to settle down on attack, and just slow down and not think we have to score on the first play.”

“We’re only going to get better, because it’s only our second game. We’ll get to know each other a little bit better, and be able to read each other,” Hahn said.

Both players agreed that defense had improved from the last game.

Coach Jennifer Morris said that the team played well overall, and that she was pleased with the team’s improvement.

“The thing we did the best was look for each other in transition on the field. Defensively, we played a lot better this week than we did last week. Offensively, we need to start helping each other more, working together more,” Morris said. “And that’s just going to come [from] getting used to each other again.”

Morris also added that “Our younger players still tend to get a little bit nervous, which is completely understandable […] But as they get going, they’ll learn to tune that out.”

“We definitely have a lot of room to grow, but I’m really excited about our potential,” Morris concluded. 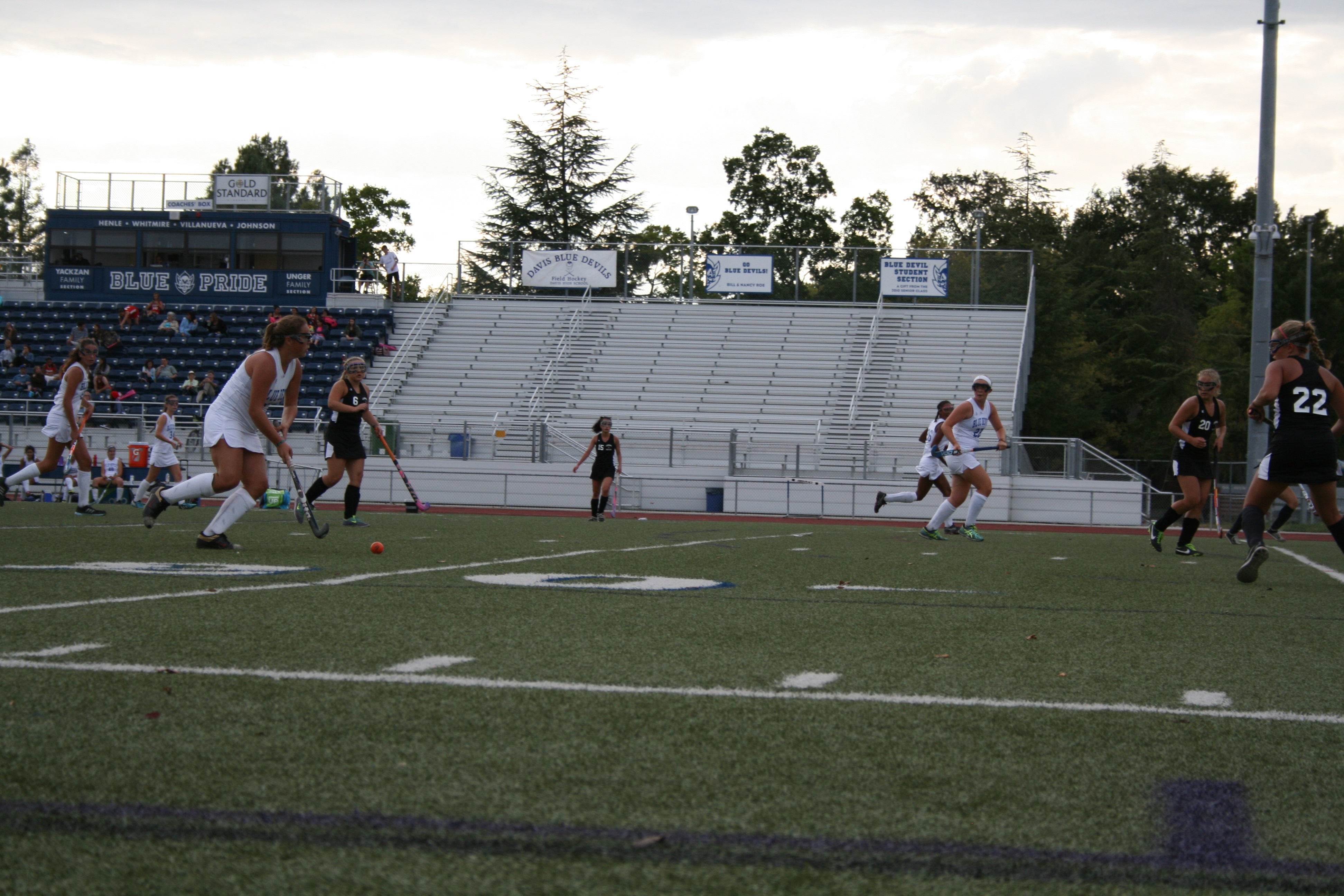 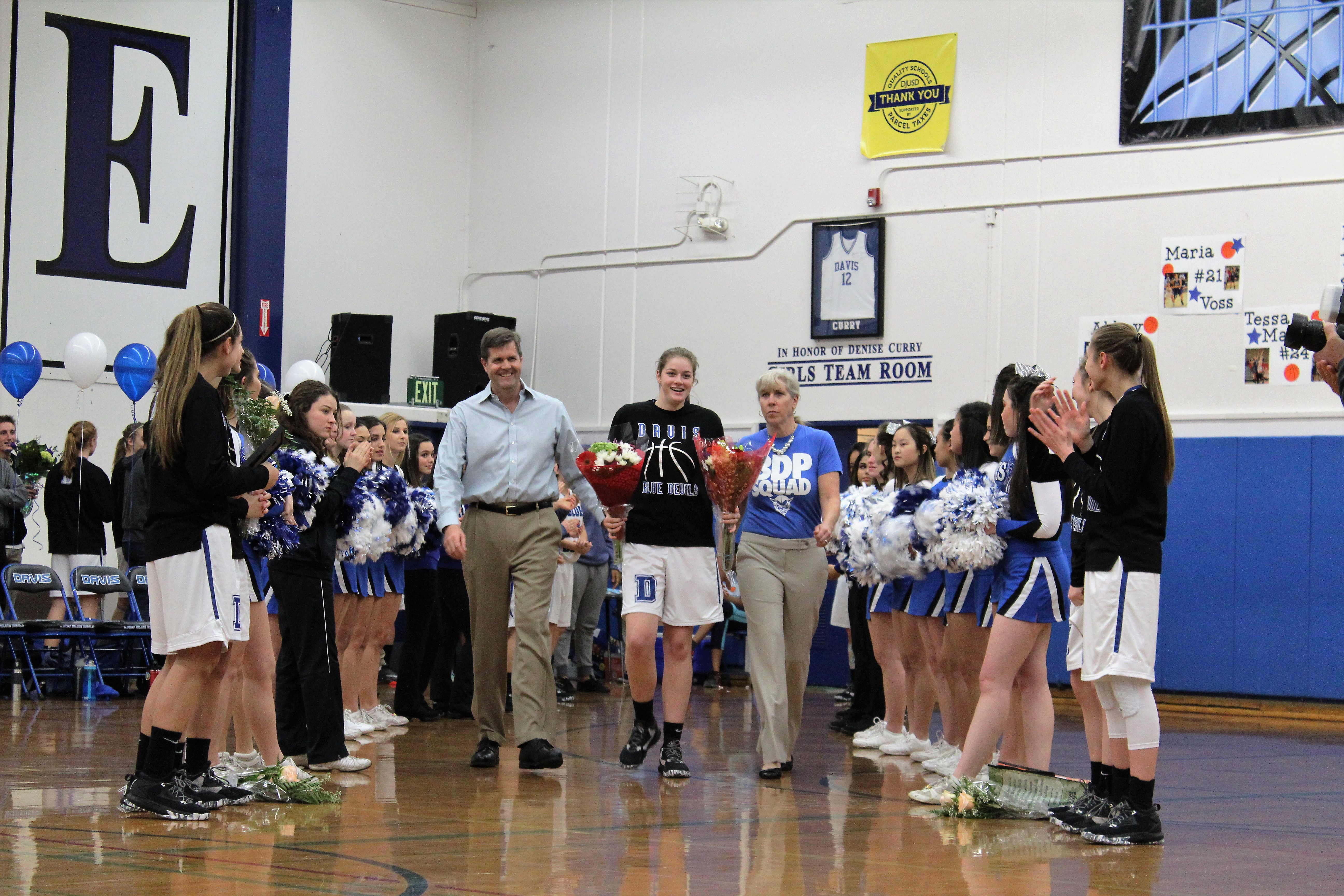