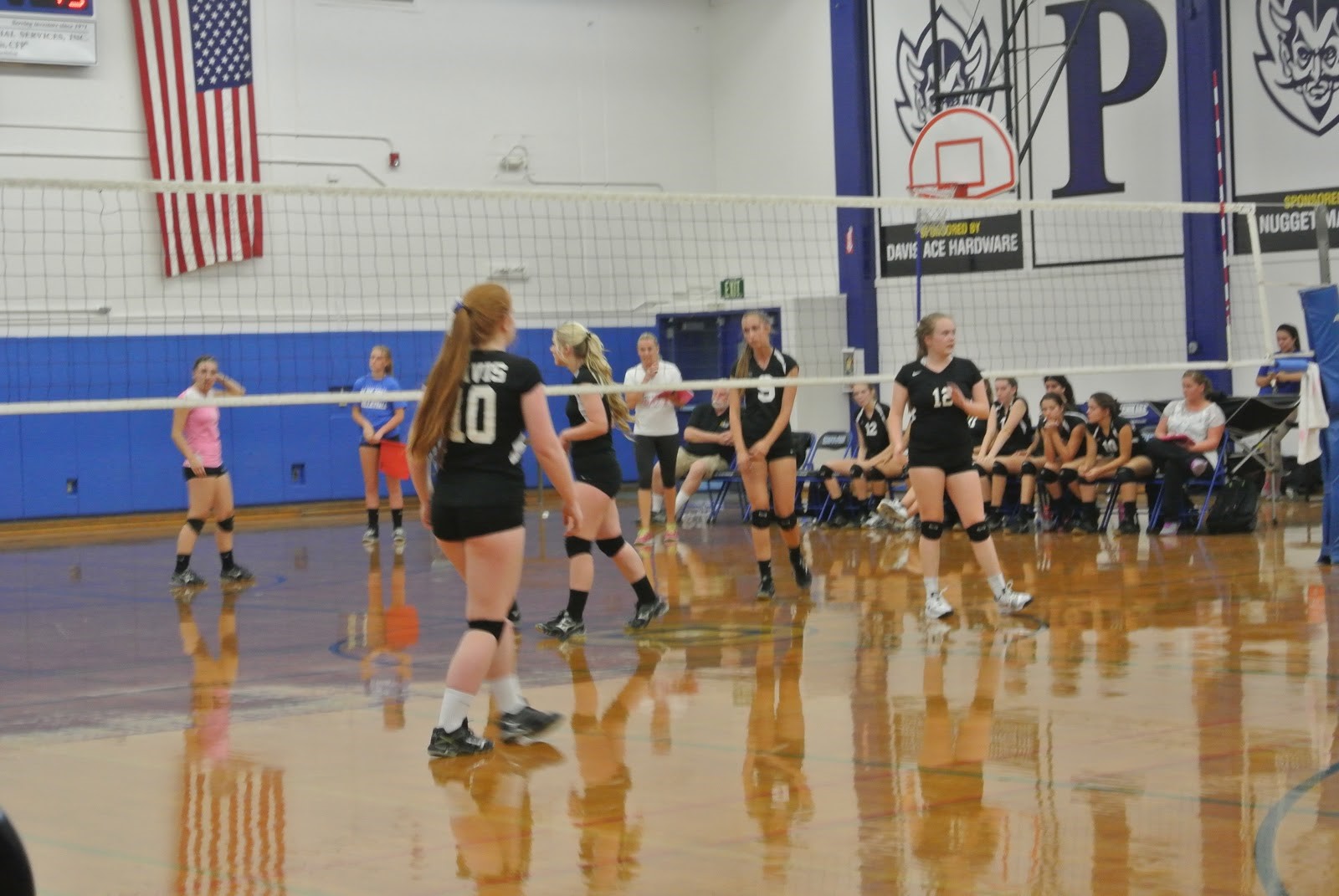 The Davis High women’s volleyball team beat Pioneer High on Wednesday, Sept. 9, in the fifth set. The competition was back and forth, with Davis winning the first, third and fifth sets and Pioneer claiming the second and fourth.

The Devils claimed an early lead with strong spikes from juniors Mitra Varjavand and Karlie Kijanka. Davis continued to storm ahead when freshman Maraia Tuqiri had a long serving streak that Pioneer was unable to return, eventually giving DHS the win 25-12.

The second set didn’t go as smoothly for the Blue Devils, as the Patriots got out to a 7-2 lead.  Davis had difficulty returning serves and keeping the ball in bounds, and Pioneer laid down some good spikes to seal the second game.

“I think we could have done better on our serving and service receiving,” junior Samantha Moore said of the set.

The Blue Devils had an easier third set, with much of their earlier points coming from Pioneer hitting it out of bounds, giving DHS an 8-3 lead. Davis turned it on later in the set with a downpour of spikes from juniors Addison Lyons and Kijanka, winning 25-15.

With Davis in a position to win the game, the energy was high. Pioneer claimed a 5-2 lead early, but spikes from senior Hazel Jackson and blocks from Varjavand tipped the game in the Devils’ favor, 15-9.

However, the Patriots quickly fought back with good blocks and serves, which eventually won them the fourth set 21-24.

The fifth set was back and forth with both teams playing on their toes. Finally, Kijanka set the tone with a dominant spike. Lyons quickly followed with a heads-up tap to extend the 10-8 lead.

The Devils continued to play smart and disciplined, letting a couple of Pioneer’s returns soar out of bounds, and eventually won the fifth set by a wide margin. 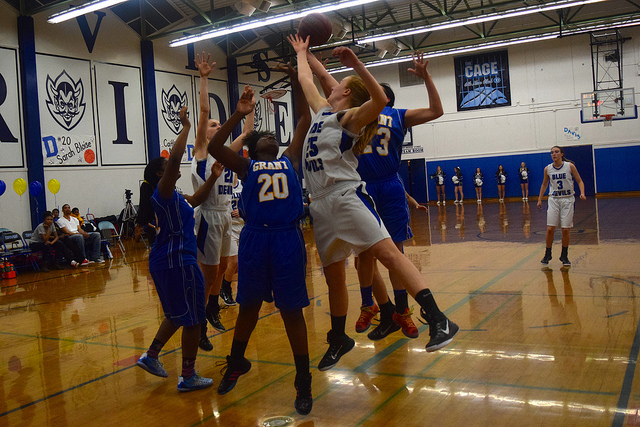 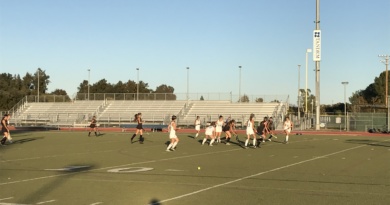