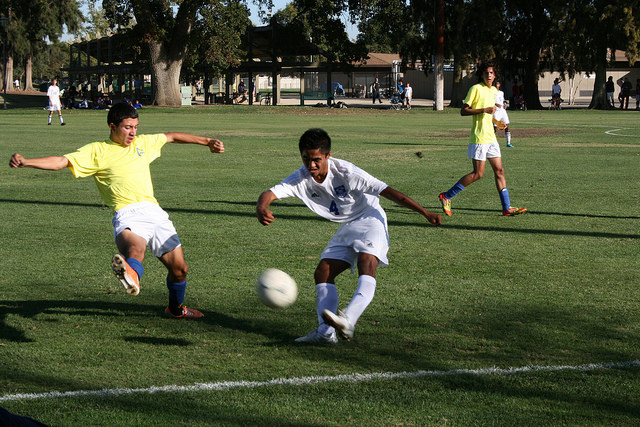 By Will Bodendorfer,
Bluedevilhub.com Editor–

The Davis High men’s soccer team closed out conference play with a 4-2 win over the Grant Pacers on Monday, Oct. 26. The match also served as Senior Night for the 13 seniors on the roster and was the team’s final game before heading into playoffs.

The Blue Devils (10-7-4, 7-4-2 in league) started off strong with two goals in the first 20 minutes, the first coming from senior Thomas Lloyd and the second from senior Jonathan Miras. Lloyd would later score his second goal of the half off a header from a deflected cross, which gave the Blue Devils a commanding 3-0 lead.

Lloyd was quick to attribute his stellar game to the play of his teammates.

“The team worked hard and controlled the middle allowing for good plays to develop which set me up as the striker to score […] I just tried to work hard so the team’s effort wouldn’t go to waste,” Lloyd said.

However, the Pacers (4-15-1, 3-9-1 in league) would not go away easily. With the game seemingly out of reach, they roared back with two quick goals to cut DHS’ lead to one heading into halftime.

With the game’s outcome still in the balance, the Blue Devils came out of the break fired up. They had several scoring chances hit off the goalposts, and kept the ball in the attacking third for the majority of the half. Eventually Miras netted his second goal of the game, a swerving kick that came from the right side up the box and ended up in the top left corner of the goal.

Senior captain Matt Rowen said the team was confident they would find a way to close out the game heading into the second half.

“We knew we had the upper hand and we knew we had to put another one away to finish the game off so we attacked hard right out of the half and scored one goal and had many other chances,” he said. “Eventually they just kind of gave up towards the end and we got them tired out because they didn’t have too many subs.”

After Miras’ goal, the game was on ice, and the Blue Devils coasted to a victory, closing out the game and their regular season.

After the game, head coach Alex Park said that while he was satisfied with the offense’s performance, he would have liked to see more from the defense, especially during the period right before halftime.

“We kinda blanked out on those two goals, kinda gave those goals away. […] So I was pretty pleased with the overall offense today but defensively they should have never scored those two,” Park said.

Still, Park believes the team’s play sets DHS up well for the playoffs.

“This is part of [preparing for the playoffs], making sure we get the games we’re supposed to win and staying consistent. […] The team as a whole did well, so going into playoffs you couldn’t have a better game than that,” Park said.

The Blue Devils will have a first round playoff game on Tuesday, against an opponent to be determined. 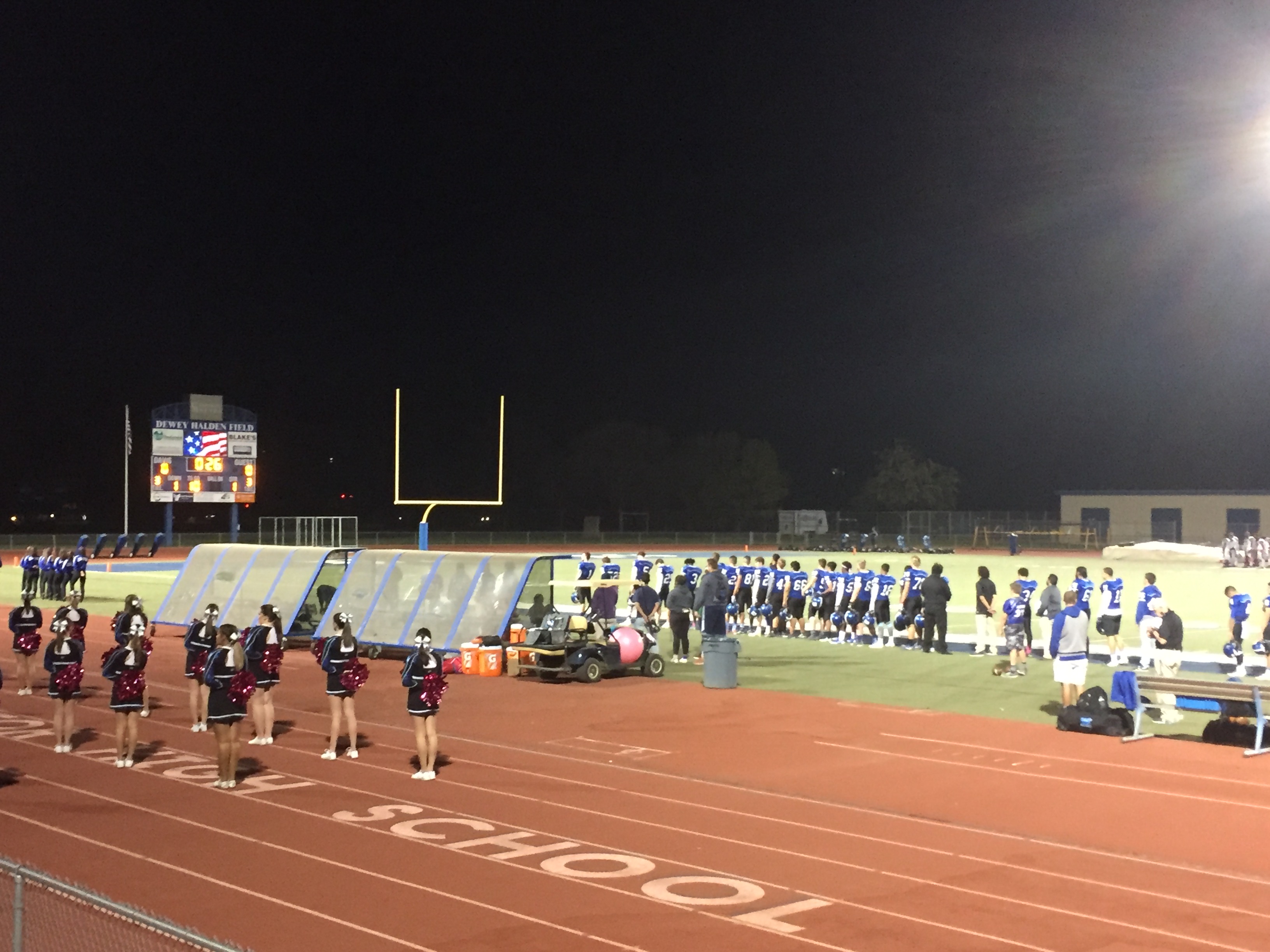 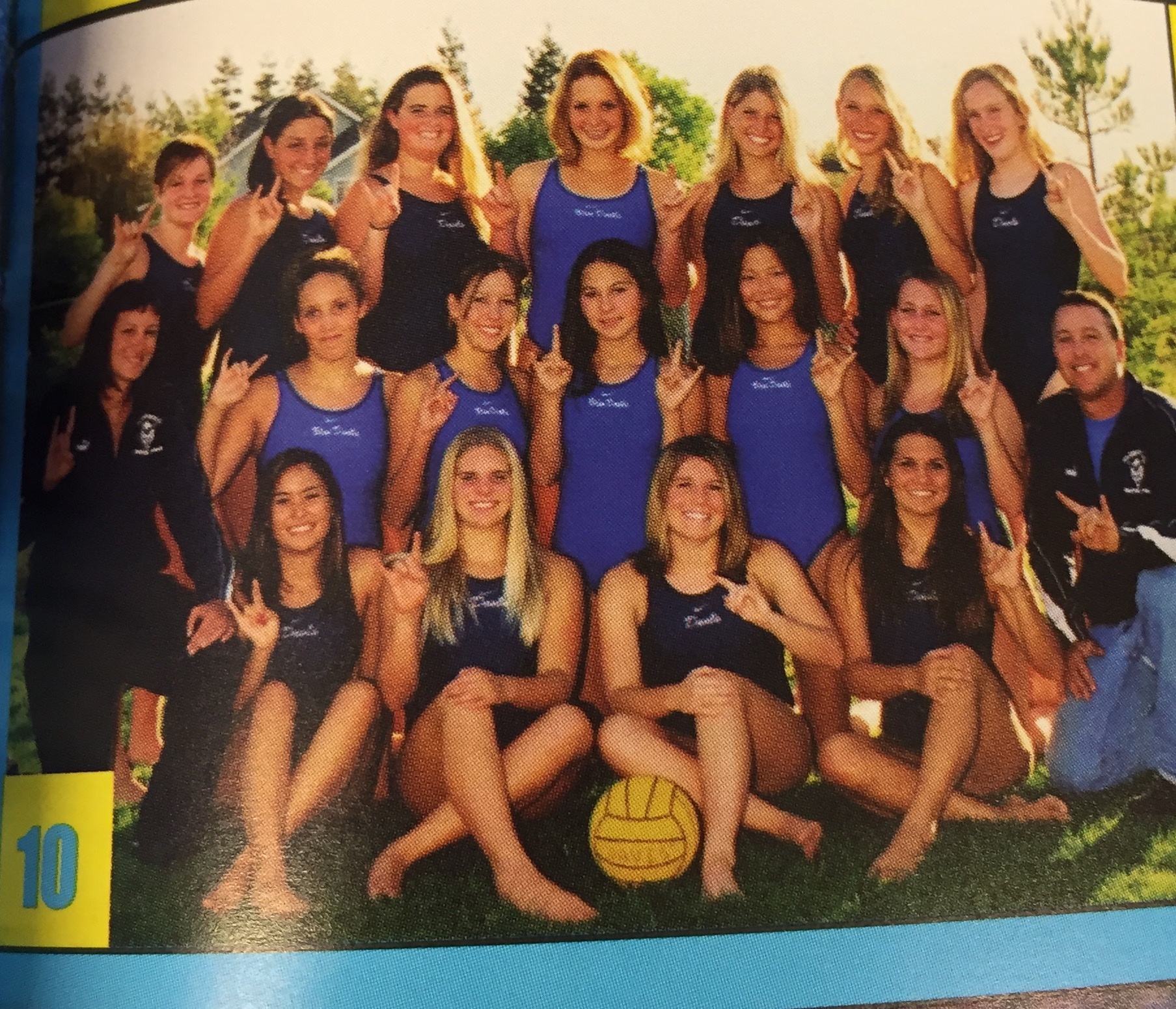