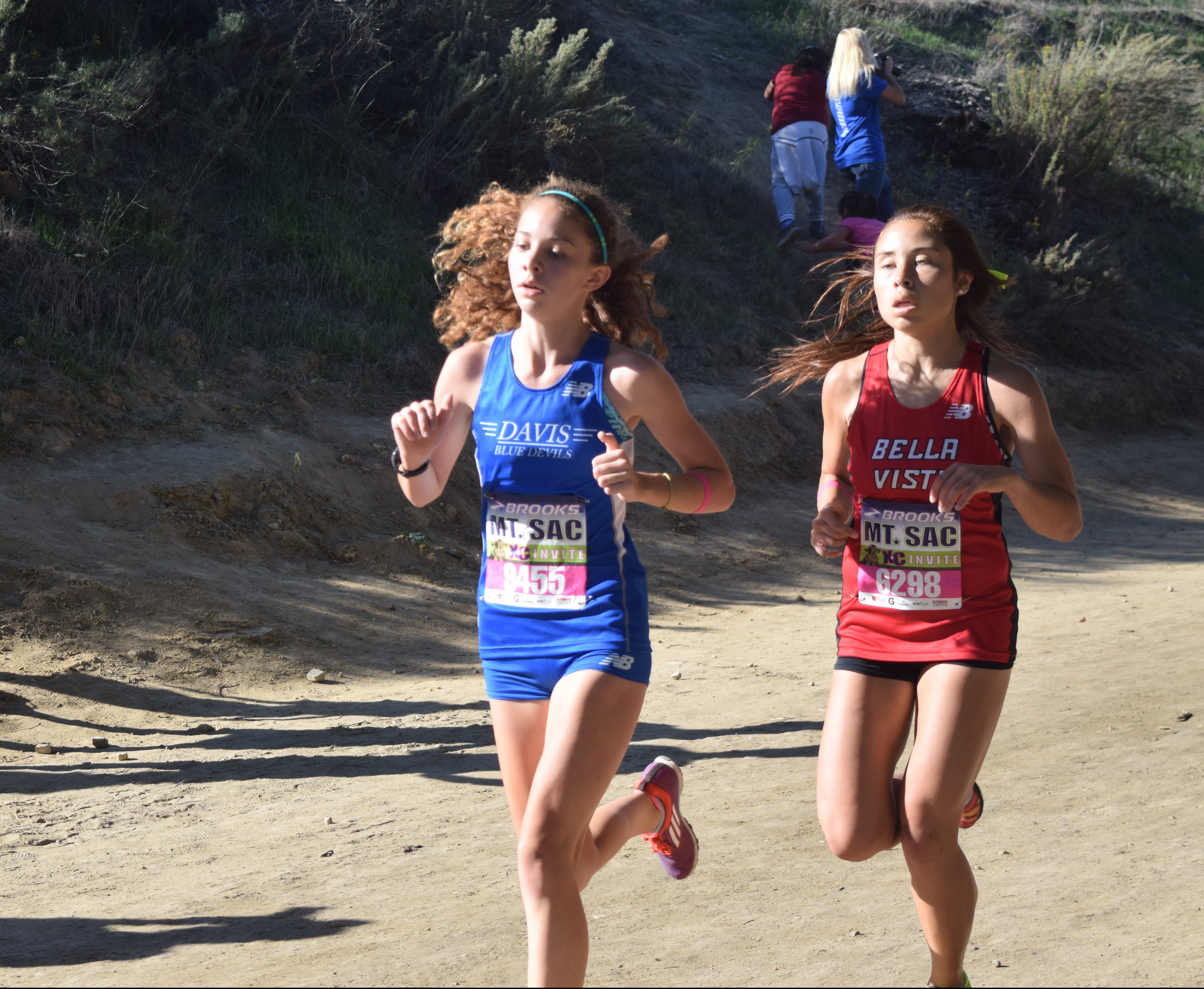 At 6 a.m. on Friday, Oct. 23, 88 sleepy Davis High cross-country runners piled into two buses to make the annual eight-hour trip down to Anaheim to compete in the 68th Mt. SAC Invitational. After a grueling race early Saturday morning on one of the toughest and hilliest courses in the state–and a trip to Disneyland that afternoon–the exhausted team returned to Davis Sunday evening.

Although two-time defending state champion senior Fiona O’Keeffe did not attend due to injury, the Devil girls raced exceptionally well and captured second place in the prestigious women’s varsity Team Sweepstakes race, losing only to the nation’s No. 2 team Great Oak.

Freshman Sophia Lodigiani, who stepped up to varsity for the first time this year and was DHS’ fourth runner, finishing 30th, was happy with both her performance and the team’s.

“I could not have wished for a better race from myself or my teammates,” Lodigiani said. “If we can keep up the same energy from Mt. SAC and continue to grow, I think we’ll do great at states, and hopefully go forward from there.”

Led by Ava Wittkop’s fourth-place finish, the women’s sophomore team narrowly topped local rival St. Francis, winning on a 63-63 tie because DHS’ sixth runner was ahead of the Troubadours’ sixth.

Though only the top seven of the 10 Davis runners received medals for the team’s win, three Devils landed in the top 15 individually to receive medals for that as well. In an exceptional showing of sportsmanship, those top three runners each gave one of their medals the three teammates who did not receive one, allowing all 10 to go home with an award.

Because both varsity squads were entered in the Team Sweepstakes races, DHS was able to enter one JV squad for each gender into the competitive JV National Championship races and another in regular JV races.

The men’s teams did not fare quite as well as their female counterparts, but still saw some strong individual performances.

Senior Nick Borowsky ran 15:23 to finish 12th in the Team Sweepstakes race, and the team took 8th among Division 1 teams. Junior Michael Vernau, who finished fourth at the Clovis Invitational several weeks ago and has led the Blue Devils all season, had to stop and take off his shoe in the last mile of the race after the carbon fiber in the middle broke and started poking into his foot. He still managed to finish 29th in the race.

Freshman Eric Lengtat finished third on his first run on the difficult course, leading the Blue Devil freshmen to third behind Rancho Verde and University.

The tired Devil runners were able to celebrate a long day of racing with a trip to the happiest place on Earth; many did not return to the team’s hotel until past midnight. Even then, some were not ready to sleep after the long day.

“I was ridiculously tired and in a lot of pain from walking and standing all day long, and then my roommates and I stayed up late talking and trying to drag the trip out as long as possible,” senior captain Thomas Hart said.

Hart, who went on the weekend journey for his fourth and final time, loved the trip.

“It’s always been a great experience but something about this year made it the best, but it also made it the worst just knowing that I won’t be able to do it ever again,” Hart said. “If I could go every year I would do it in a heartbeat even if I had to run the course twice.”

Mt. SAC was the team’s last invitational of the year. Championship season begins Saturday, Oct. 31 at Willow Hills Reservoir in Folsom, Calif., where the women’s varsity team is expected to easily top the competition in the fight for the Delta League Championship. The men will face off against rival Jesuit, currently ranked No. 13 in the nation. 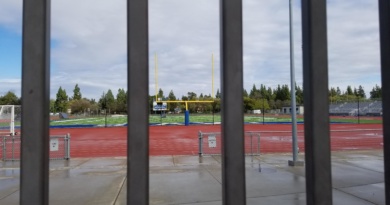