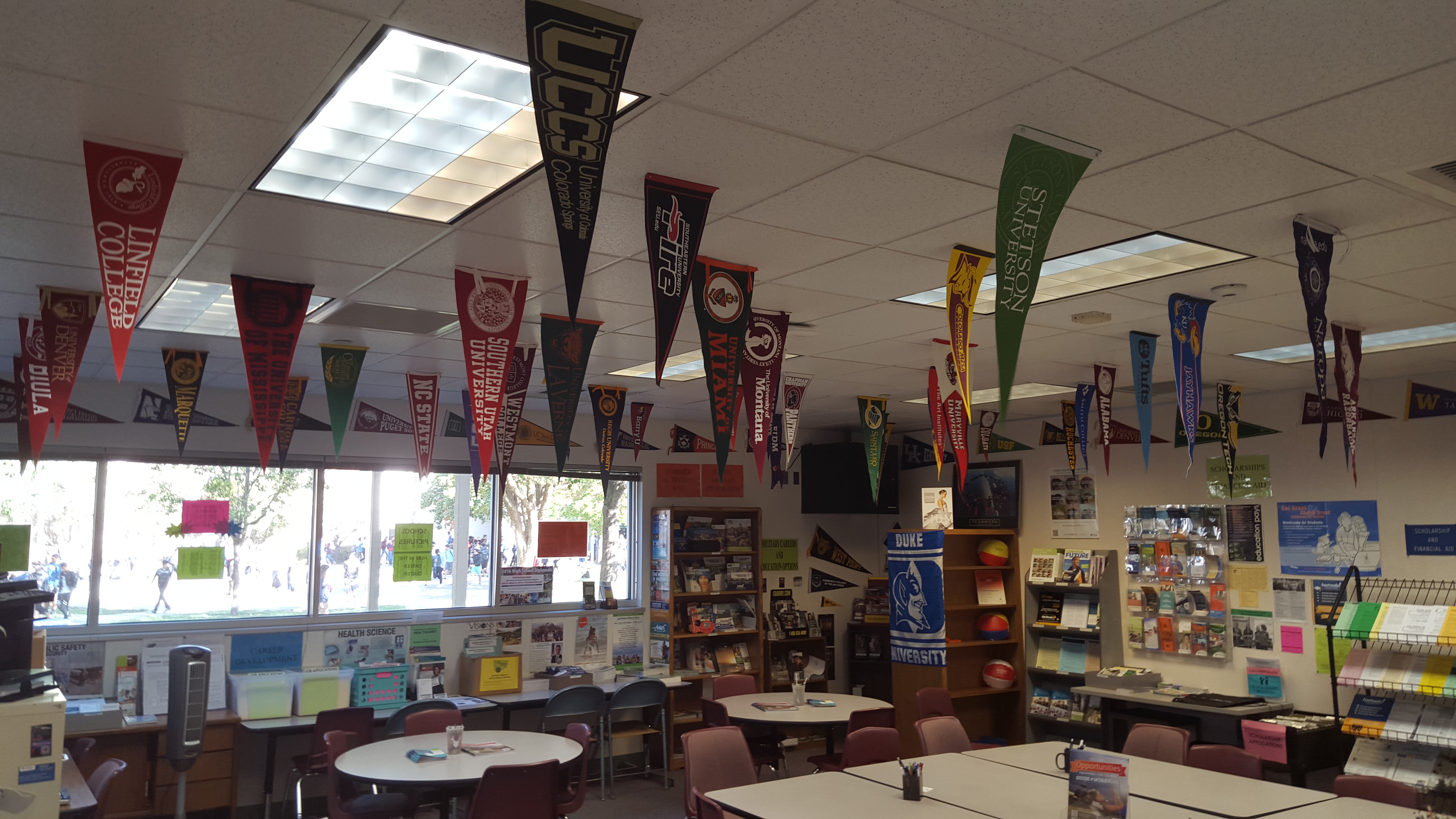 It’s that time of year again: most seniors are busy with the daunting task of filling out college applications. And like every year, the question arises–of the approximately 5,300 colleges and universities in the United Sates, where should seniors apply?

Narrowing down the options

Yale’s admissions office advises that applicants ask themselves the following: “Will this college help me meet my career goals? How far away from home do I want to be? Are scholarships and financial aid available?”

Senior Anya McHugh said that the first thing she looks for in a college is a good science program.

“I know that some people focuses on finances, but for me that won’t be a factor until I find out if I got into that college,” said McHugh, whose top choice is the University of Washington.

Touring the campus is also an excellent way to gain a sense of what life at college is really like.

“While you’re there, talk to as many people as possible. These can include college admission staff, professors and students,” The College Board advises.

The College Board further recommends that applicants balance their list of colleges by applying to one to two “safeties,” two to four colleges that are good matches for the applicant and one to two colleges that might be challenging to get into.

It is also important to note that applying to more than eight colleges is excessive and most likely unnecessary. Remember that quality is better than quantity.

Quality (of applications) is better than quantity, the organization cautions: “Admission officers can tell if you’re not serious about their school. In fact, they look for students who seem to really want to go to their school.”

Bloomberg Business reports that since 1978, college tuition in the U.S. has increased by more than 1,120 percent and more than 40 million Americans have student loan debt. The U.S. is $1.3 trillion in debt for just student loans–an average balance of $32,500–according to finaid.org.

The average tuition and fees are $9,139 for an in-state public four-year college, $3,347 for an in-district public two-year and $31,231 for a private four-year, according to The College Board.

The three main sources of student loans are the federal government, state agencies and private organizations. All the money borrowed needs to be paid back plus an interest rate.

Sandy Baum, a senior fellow of the Income and Benefits Policy Center at the Urban Institute and professor emerita of economics at Skidmore College, advises students to “not borrow more than you expect your annual earnings to be over the first few years of college.”

Though loans are a temporary method of handling tuition, Deb Niemeier, a mother of three children who will all be in college in three years, wants to stay out of debt.

“We have been saving money a long time so [my children] haven’t had the latest phones or various gadgets along the way, but they will start their career debt free,” Niemeier said.

In some cases, tuition costs deprive students of their first choice. Anna Verdiguel, a freshman at UC Davis and 2015 Davis High graduate, planned on attending UC Santa Cruz but changed to UCD after receiving a better financial aid package.

“I was hoping I wouldn’t have to take out loans but I kind of thought it would be very likely I would,” Verdiguel said. “My mom did give me a budget to how much she could cover, the rest I would have to pay myself. So of course, I went for the most affordable option.”

Debt is an unappealing side effect of student loans, but Baum said the process can be acceptable in moderation.

“Borrowing moderate amounts for college is totally sensible. College students are more affluent than the average American both before and after college,” she said.

Career Center Coordinator Julie Clayton suggests that students “borrow as little as possible. Try other sources like part-time jobs [or] living at home, and have loans be your last resort.”

“Some people want the status of going to big shot colleges, some people don’t care as much. They make the education first and then money,” Clayton said.

Senior twins Penny and Annie Zheng are choosing colleges based on “education over tuition.”

“All through high school I’ve worked so that I can go straight to a four-year college,” Penny said.

Both Zhengs will primarily depend on scholarships and loans to pay their tuition, especially if they get into their dream colleges: Columbia and USC, respectively.

The Zhengs understand the toll they will put on themselves and their parents, but there is still much they need to plan financially.

“We haven’t thought much about the debt, the scariness hasn’t settled in,” Annie said. 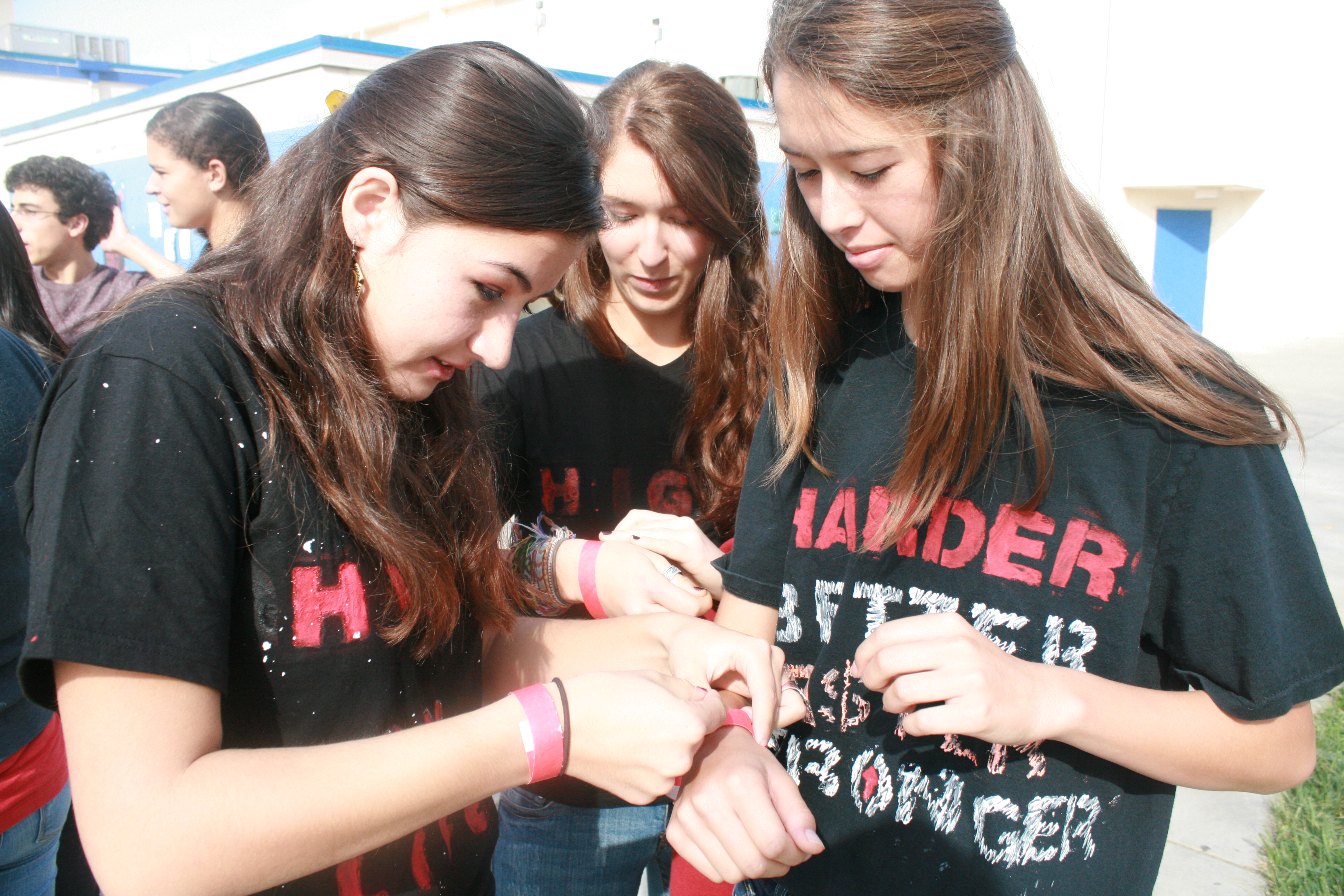 Photo of the Day: October 24 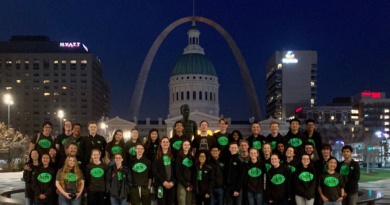