The first graders in Cindy Finley’s class at Patwin Elementary School waited patiently for the bell to excuse them for recess. When it did, they ran outside as fast as they could and spent that morning building snowmen, making snow angels and having snowball fights in a winter wonderland they had never experienced in Davis before.

That is what the snowy morning of Jan. 28, 2002 was like for Da Vinci Charter Academy alumnus Elliott Schoenig, who was in first grade at Patwin at the time. It was the first time it had snowed in Davis since 1993.

“It was so fun. We got about five inches so at recess me and my friends played in the snow,” Schoenig recalled.

“There would be no school, just a play day with friends,” Reilly said. “A rainy day in Davis seems to be a major issue so I can’t imagine snow. I’m sure we would all adjust and enjoy it though.”

Most students who currently attend DHS and Da Vinci were younger than five when it snowed, so they don’t have as vivid of a recollection of the event as older Davis citizens do. Sophomore Morgan Walters, however, has spent a lot of her life with her mom, who lives in Colorado and has firsthand experience with snow.

“When I visit my mom in the winter, it snows all the time and I love it. It’s a little weird to experience Davis winters compared to winters in Colorado where it is always snowy,” Walters said. “I really like Davis, so if it snowed here too, it would be like a dream for me.”

The snow in Davis in January of 2002 really was a dream for senior Katurah Johansson. She remembers waking up to see her front lawn covered in a layer of white fluff, and running to wake up all of her siblings.

“We were all so happy. I personally had never been in the snow before so I was super excited. Me and my brother and sisters ran outside to play in it before school, and my mom made us pancakes. It was a really good morning,” Johansson said.

Senior Nina Shields, who appreciates how close Davis is to the snowy mountains of Tahoe, still longs for snow in Davis. “I do wish we had that [snowy] climate here in Davis because it doesn’t feel like a real winter to me when I don’t wake up to snow outside my window,” Shields said.

However, according to Richard Grotjahn, a professor in the Land, Air and Water Resources Department at UC Davis, snow is not likely in the near future.

“The overnight low temperatures have been rising, and it won’t be likely to snow during the warmer part of the day,” Grotjahn said. “Of course you need precipitation to be occurring and it needs to be cold enough at low elevations to for the snow not to melt.”

Based on these statistics, the chances for snow this year don’t seem very high; Davis residents will have to keep dreaming. 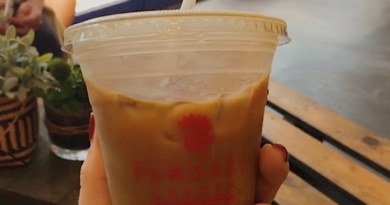