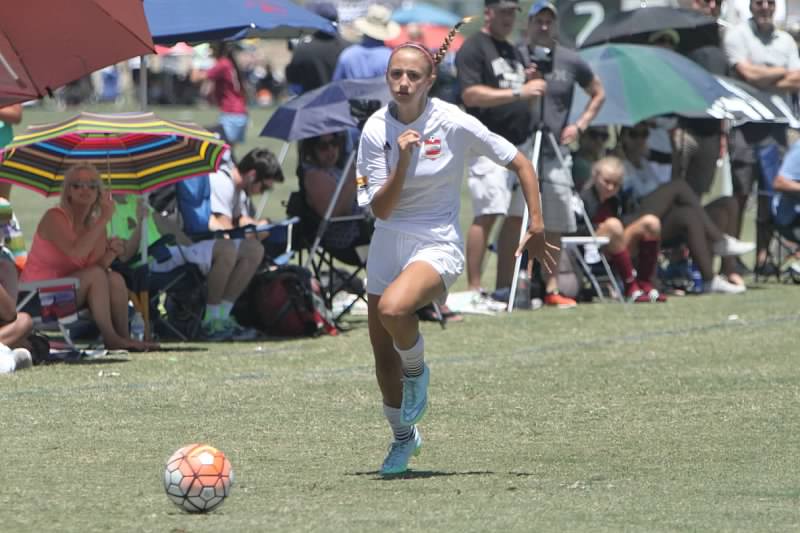 Sophomore Brooke Rubinstein has played soccer for as long as she can remember, but never thought her passion for the game could lead to one of the biggest opportunities she has ever received: her commitment to Cal Poly San Luis Obispo, her dream school.

Having heard stories from her mother, a Cal Poly alumna, about how wonderful the school was, Rubinstein was already interested in going there. After visiting the campus she was hooked.

Recruiting rules disallow coaches from contacting athletes before their junior year, so all contact Rubinstein had with the Cal Poly coaches was organized by her club coach. Because of this, Rubinstein had been in indirect contact with recruiters since July, and a couple days before she was instructed to call, her coach told her that the commitment was official.

“When I didn’t know, it was stressful and I was trying to play good for them,” said Rubinstein, who made the Davis High varsity team last year as a freshman.

However, Rubinstein tore a ligament in her ankle during the first game at Surf Thanksgiving, a soccer tournament she attended with her Legacy team. As she was turning the ball, a girl from another team stepped on her ankle and it swelled up instantly. Rubinstein currently has to wear a boot and will not be able to play soccer for ten weeks.

“Not being able to play is really hard and frustrating. I have foot exercises and staying off of it helps,” Rubinstein said. “It doesn’t affect my commitment to Cal Poly because I’m only a sophomore so I have plenty of time to recover before I go anywhere.”

Despite her optimism, Rubinstein often feels pressured to perform well to prove to Cal Poly that they made the right decision.

“The most exciting thing about getting recruited for me is feeling wanted,” she said, adding that she feels a rush every time she gets an email or a call from the college.

Junior Sidra Busch helped Rubinstein through the recruitment presses, as she had gone through it herself and also committed to Cal Poly.

“I helped her through explaining the process and what to expect as well as to how to solicit herself to colleges in the first place, but most importantly I was just being her friend while she was going through her own college recruitment process,” Busch said.

The power of social media