The Davis High women’s basketball team put up a strong defensive effort but could not overcome the Pleasant Valley Vikings (15-1) in a constant game of catch-up in a 54-38 loss on Thursday, Jan. 14, dropping the team to 6-9 overall.

The Vikings controlled the ball from the opening tip and put up the first four points. The Lady Blue Devils tried to battle back, but the Vikings slowly continued to pull away through the second and third quarters. With a quarter to go, Davis was down 41-24.

“We just really wanted to focus on shutting down one player in particular and they did a good job with that. I would just take one or two defenders on one girl the whole game, try to keep the ball out of her hands,” head coach Heather Highshoe said.

Juniors Tessa Malone and Abbey Fisk were able to man-mark and box out Joyce but Tuitele eluded defenders to easy buckets.

“Our defense was very good especially since [Highshoe] introduced it right before the game but it did break down a couple of times which led to some key threes for Pleasant Valley,” Malone said.

The focus towards defense and away from offense showed; the Lady Blue Devils effectively blocked many opposing shots but their offense was shaky.

Junior Alyssa Lengtat (14 points) and senior Anna Belenis (10) carried the team, but the Devils scored mostly on two-pointers. Meanwhile, the Vikings slammed DHS from behind the arc with a slew of threes.

“I think we need to continue to fine tune our offense a little bit. We need to find a rhythm in that. I was very pleased with how Anna handled herself and took care of the ball and orchestrated our offense,” Highshoe said.

Despite the loss, Highshoe and the team were pleased with the overall performance.

“I was really happy with the effort everyone put in tonight and I think we are better prepared to go beat Franklin,” Belenis said.

The team will attempt similar defensive tactics to box out Franklin’s powerhouse player on Friday, Jan. 15. 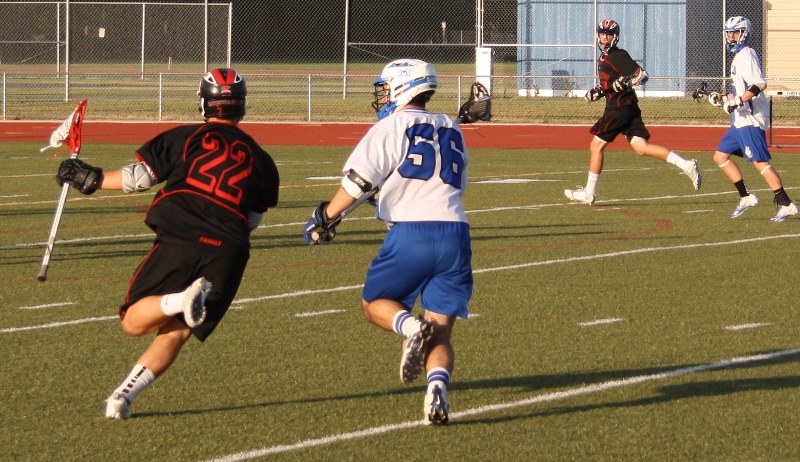