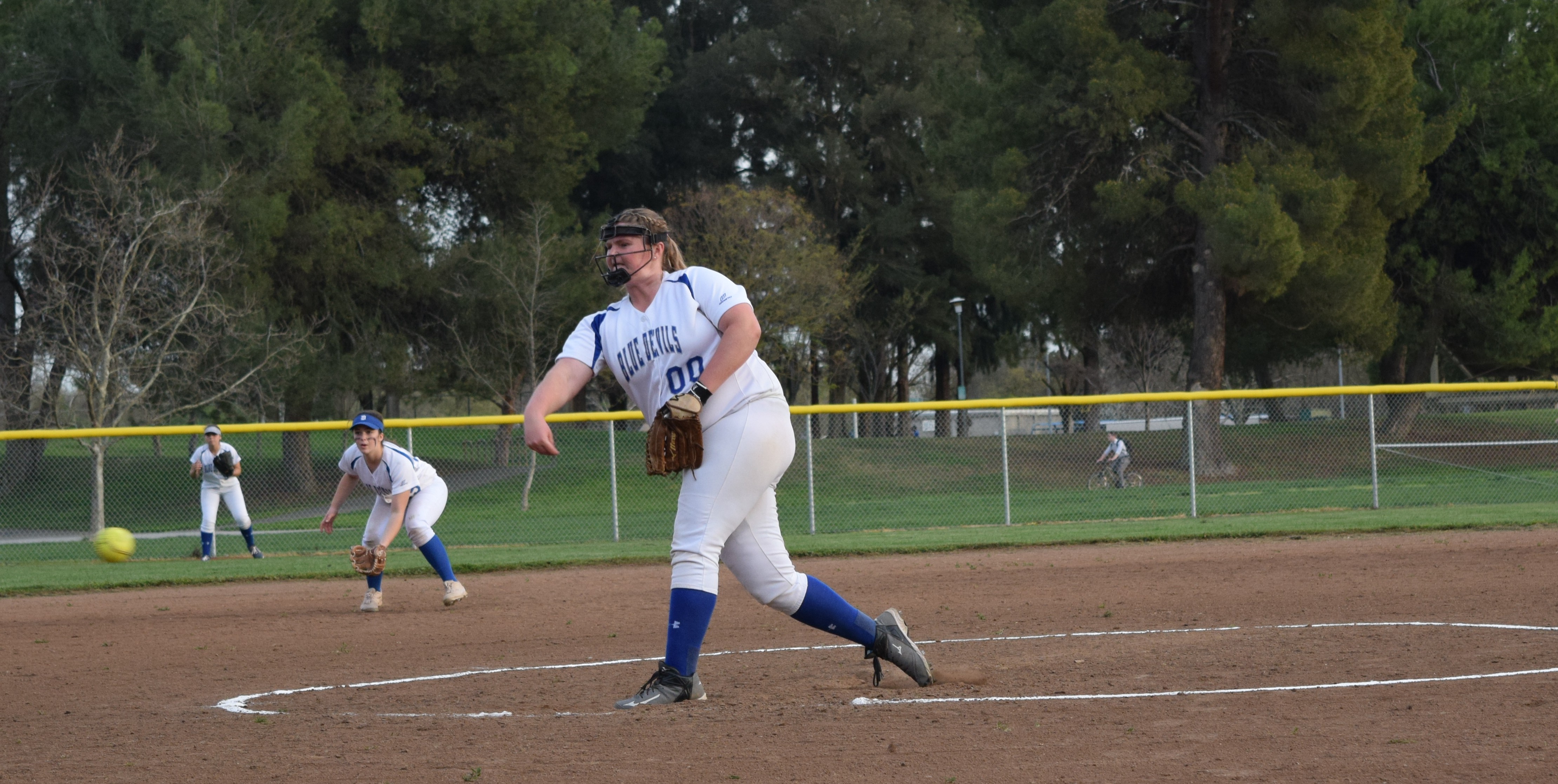 The weather was pristine, the field was in immaculate condition and a strong crowd was in attendance for the Blue Devils’ softball showdown against league rivals Franklin in Davis on Friday, April 8.

The tilt was a well-fought affair, and while at times both teams’ pitchers could have been mistaken for artists with the way they painted the corners, there were enough offensive fireworks for the casual passerby to mistake it for a Friday night River Cats game.

But the afternoon was defined by a series of ill-timed errors and missed opportunities for the home team, leading to a final score of 6-2 in favor of the visiting Wildcats.

Franklin started off the scoring in the top of the first inning by pushing a run across, and went into the bottom half of them frame with the 1-0 lead.

Both teams were relatively quiet on offense for the next two frames, with junior Audrey Dufresne pitching well and steadying herself after a tumultuous first inning.

There was no shortage of excellent defensive play, including a heads-up double play by freshman Rylee Greshman and an on-the-run shoestring grab by senior Camille Johnson in left field.

The Devils’ fight and strength never wavered, and they kept up their inimitable spirit in the form of impassioned chants that could be heard from the parking lot. The camaraderie and tenacity finally manifested itself in the form of runs when the Blue Devils broke through in the bottom of the third inning.

Sophomore Evelyn Andrews smacked an absolute humdinger off the very top of the left-centerfield fence. The ball was as close to leaving the ballpark as it could have been without actually doing so; it would turn out not to matter as she was eventually knocked in.

The credit for the run batted in belonged to Greshman, who walloped a missile that would have made the army green with envy. Johnson would also come around to score, and the Devils took the lead.

Franklin regained the upper hand when they pushed across two runs on junior Rosey Heilmann in the top of the fifth inning, who came in as relief for Dufresne after the latter finished her day with three innings pitched and only one earned run allowed.

Heilmann limited the damage in the top of the fifth to only two runs, escaping a tight jam with two runners on and only one out.

Davis let more than a few balls through the infield and made a couple of throwing errors to eventually let the score slip to 6-2 by the bottom of the seventh inning.

With their backs against a wall and their hopes of snatching a win waning, tensions were high as Johnson stepped into the box to lead off the last of the seventh inning. However, the Wildcats stepped up to the challenge and held on to their lead, shutting the Devils out of the frame and ending the ballgame.

Johnson was aware of the disparity between both teams’ offenses, and recognized the lack of finishing ability for the Devils.

“Franklin came out really strong with their hitting; their bats were on and ours weren’t,” she said.

Johnson was upbeat about the outcome, however, and she has high hopes for the future.

“We are all really starting to gel together and I think we will have a good end to the season, “ she said.

Dufresne was similarly frustrated with the outcome but agreed that positives could be found beneath the tough loss.

“We worked really hard, but they ended up taking the win,” she said. “We just need to make our adjustments faster and we will be on the other side of games like this.”

With upcoming faceoffs against St. Francis (April 13), Elk Grove (April 15) and a tournament at Pioneer High School in Woodland (April 16), these Devils will have plenty of opportunities to show their skills. 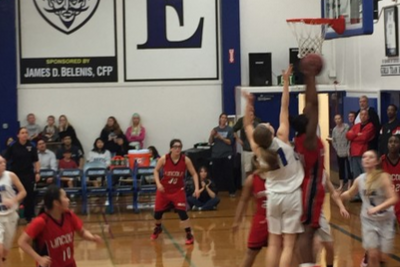 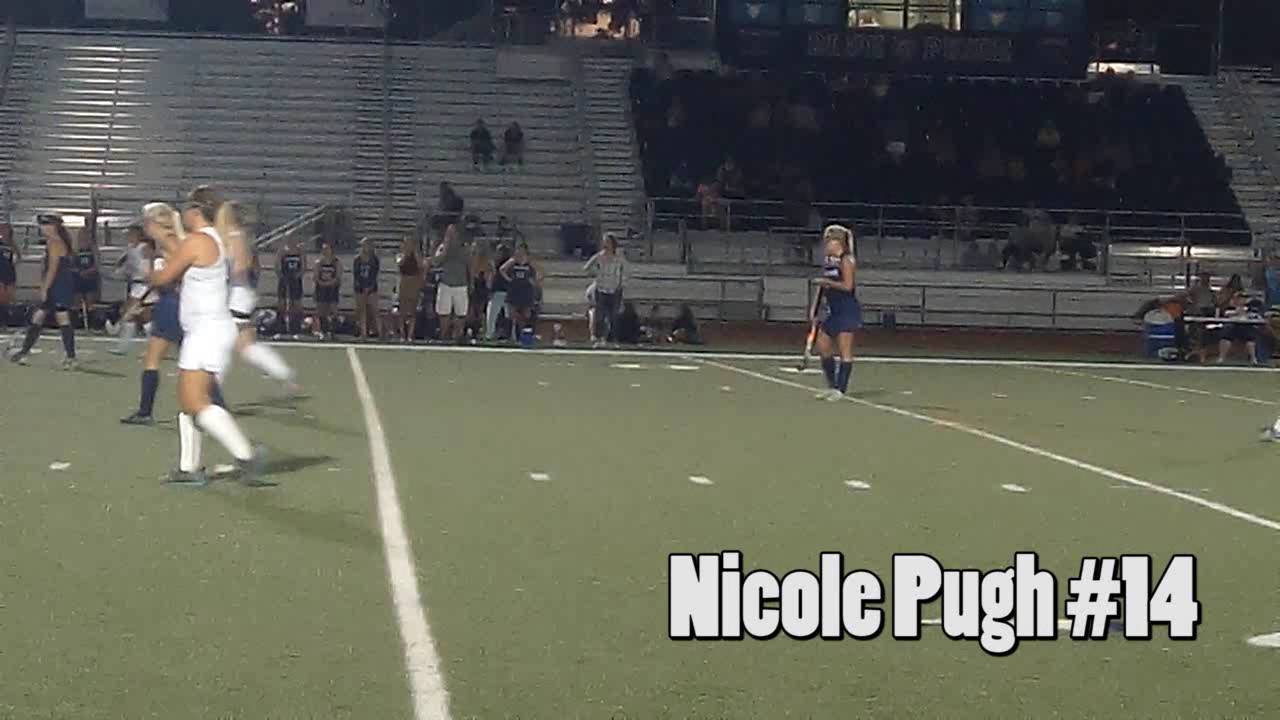 Lights out at field hockey game 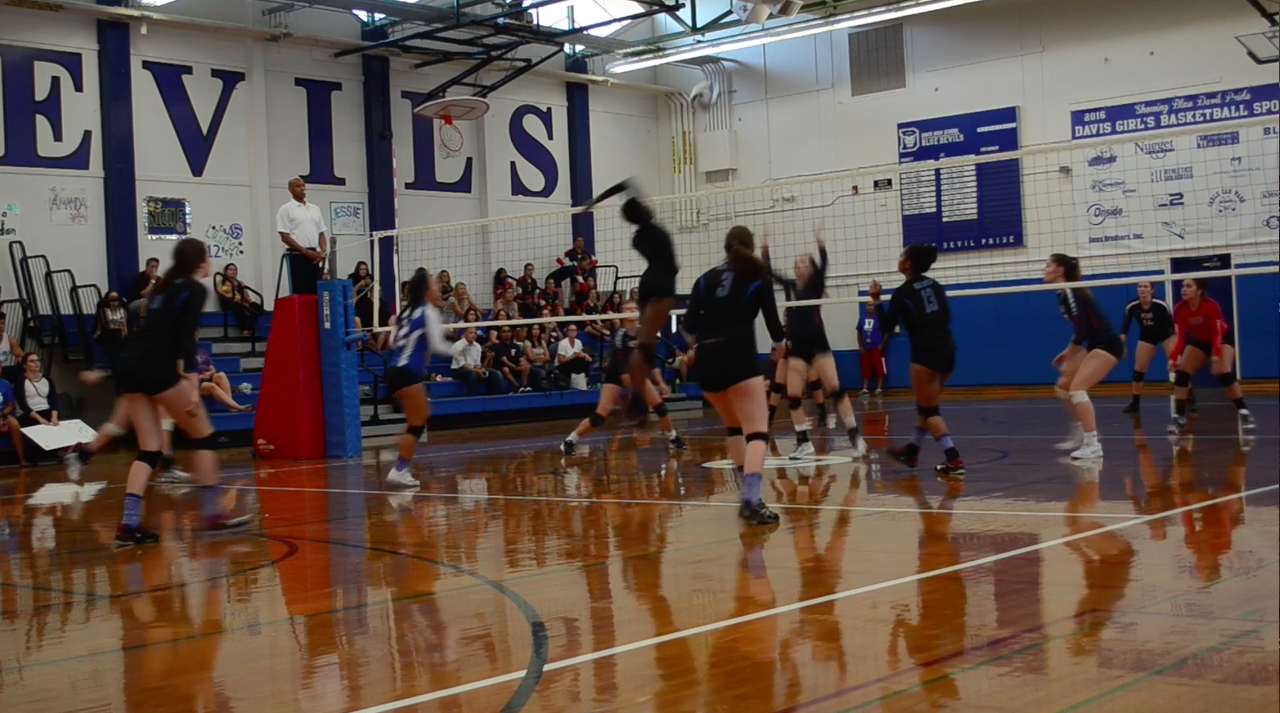