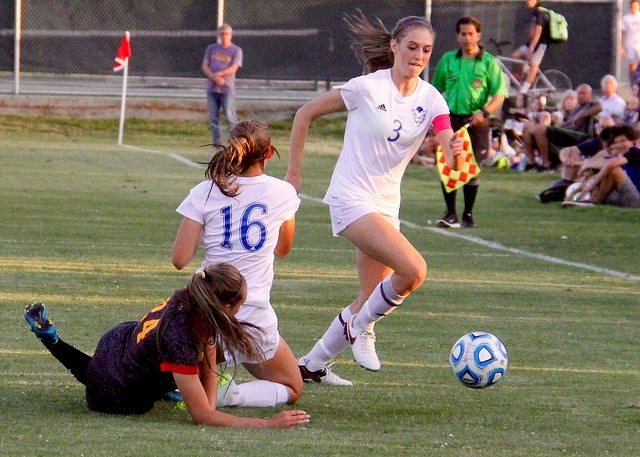 In a nail-biter of a game, the Davis High women’s soccer team (12-0-1, 8-0-1 in the Delta League) defeated visiting St. Francis 1-0 on Monday, April 18. The game was also “Blackout Night,” and drew large crowds of Blue Devil fans clad in black to show their school spirit.

The first half of the game was full of close attempts by both DHS and St. Francis (9-2-4, 3-2-4). At one point, Davis managed to score, but the referee called it off–to the outrage of Devil fans.

The second half of the game was scoreless, but remained just as intense as the first half, if not more so. Doms, sophomore Brooke Rubinstein and junior Julia Curtis all fought hard but fruitlessly to score. Curtis also utilized an impressive flip throw several times to put the soccer ball in play, which was a huge crowd-pleaser.

Head coach Sara Stone mentioned that Curtis’ trick is something the team has been trying to employ in games.

“It’s a huge threat and [we’re] trying to find ways to make sure we get something off those,” Stone said.

The second half included an additional surprise in the form of an an unidentified streaker sprinting across the far side of Yudin Field. Although it served as a distraction for the onlooking fans, both teams continued the game like pros.

Coming into the match, Stone expected a tough fight from the Troubadours, who tied the Devils in Sacramento earlier this season.

“We have a huge rivalry with St. Francis, so I knew that it wasn’t going to be an easy game,” Stone said. “They played us well [at St. Francis], so we were anticipating them coming out hard just based on the rivalry and they did. We were trying to take advantage of the field size–[the field size at St. Francis] was incredibly small, so here we were hoping to have more space, which we did.”

“I think we were all expecting a pretty physical game–it’s always physical when it’s against St. Francis; they always bring it.”

Diaz in part attributes the victory to passing the ball around and keeping it low.

“If we play our game on the ground, just passing it to feet and moving the ball around, then we can beat [St. Francis] because they’re good in the air, but we’re good just playing soccer on the ground,” Diaz explained.

The Devils will next travel to Sheldon on Wednesday, April 20. 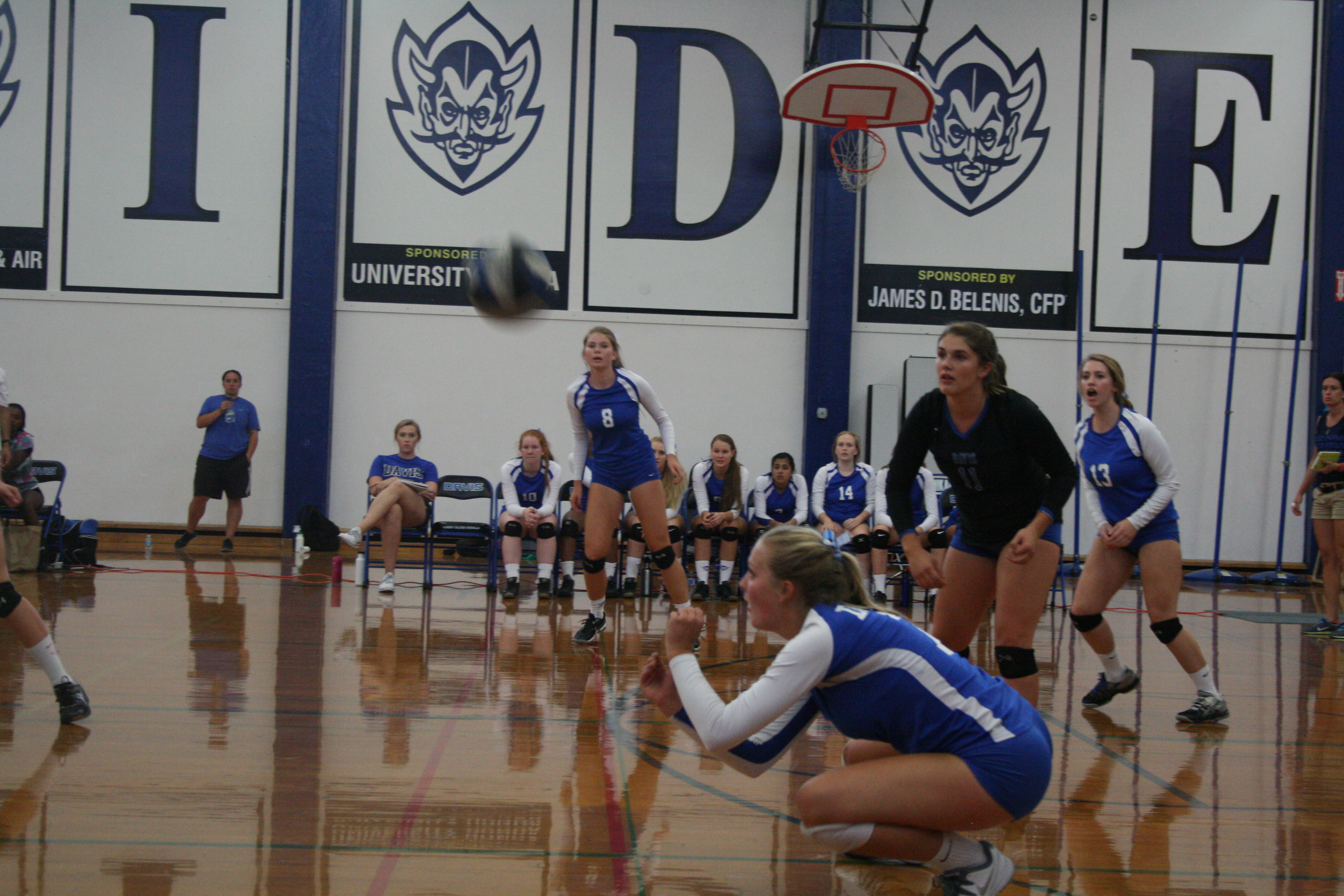