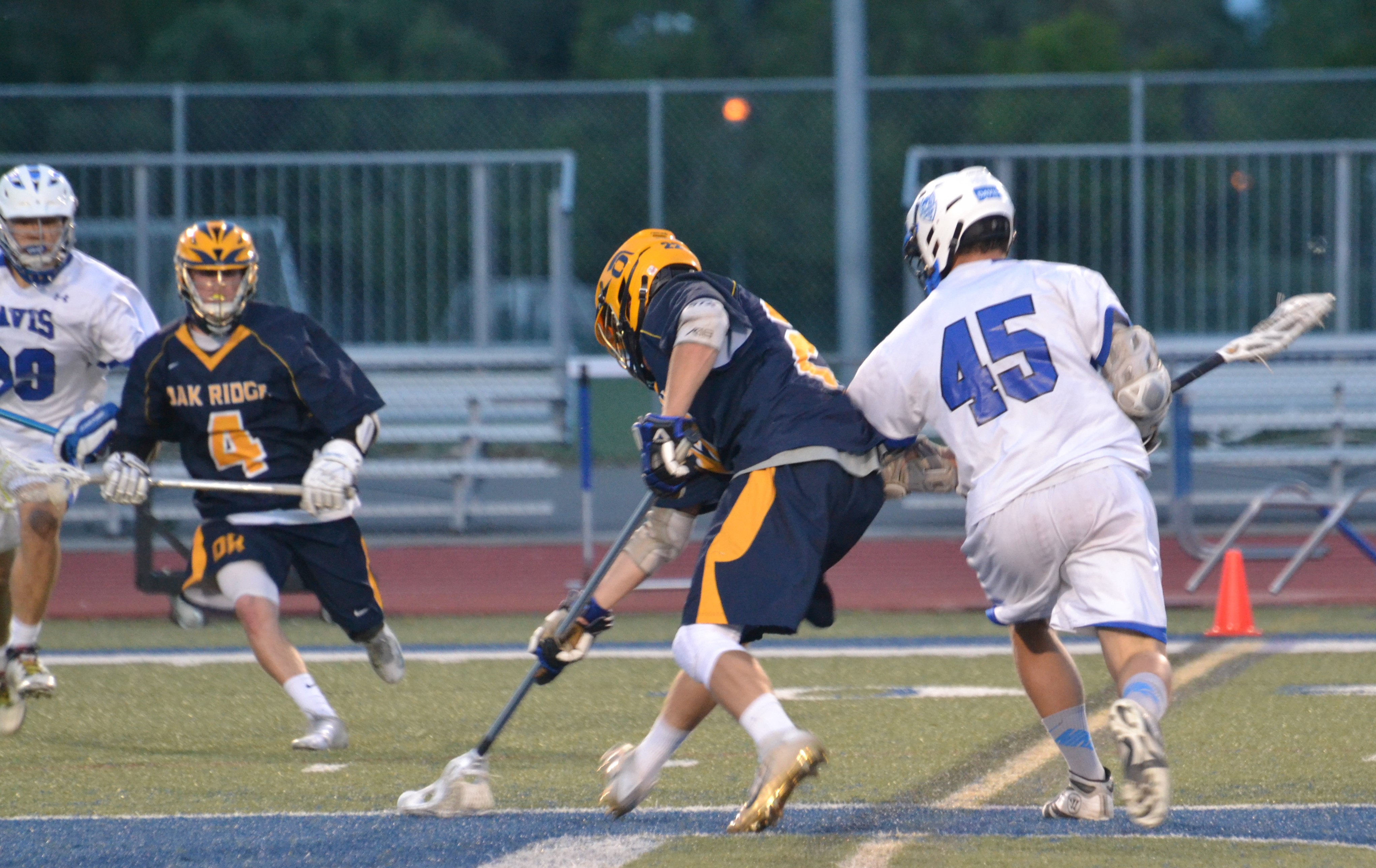 The Davis High men’s lacrosse team fell to Oak Ridge 19-16 in its first playoff game of the season Tuesday, May 3, ending any hope of a Sacramento Valley League title.

Thanks to a plethora of Devil turnovers, Oak Ridge ended the first quarter with a 6-2 lead; local tallies came from senior Jake Hammond and junior Sean Gellen.

Senior Justin Reno made strong plays throughout the second and third quarter, assisting and scoring points for the Devils–at one point, DHS managed to tie the score at 7

Still, Oak Ridge pulled away in the end; Reno believes the Devils worked hard but made avoidable mistakes.

“Going into the game I think we all felt pretty confident,” Reno said. “We had already beaten [Oak Ridge] twice this year but we may have been too confident. We let some of the easy plays go that in the past we had to execute perfectly.”

Playing Oak Ridge three times in one season was a challenge for Reno and his teammates.

“We won the first two times but it is hard to win three out of three games against a team in one season,” he said. “Teams that lose twice start to get a fire and they use that fire to outplay us and win.”