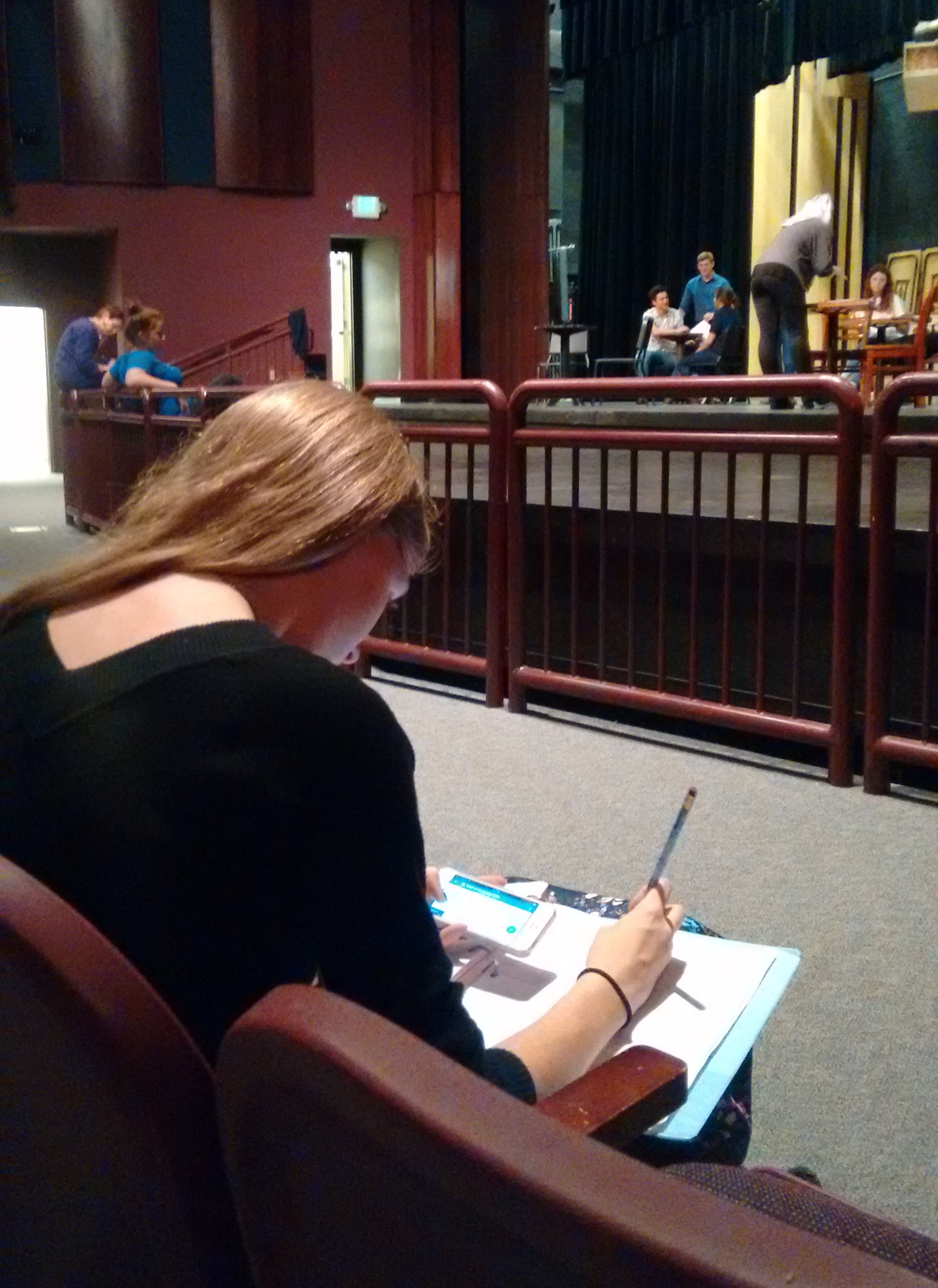 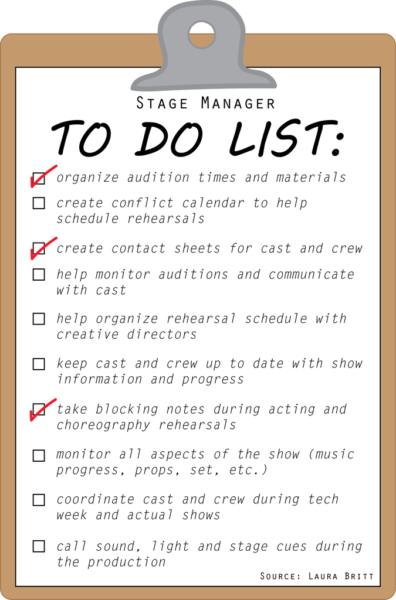 It is 3:27 p.m. on a Thursday afternoon. Inside the dimly lit theater, the director’s voice booms on stage as she announces suggestions to the actors and actresses. Sitting in the front row, senior Laura Britt watches the rehearsal progress while furiously scribbling notes inside her binder.

According to Kathy Peters, who is in charge of the theater, stage managing is hard a job that requires a lot of learning. It involves a lot of communication– learning how different people communicate and how to best work with different types of personalities.

“[Britt is] doing a fantastic job absorbing all of that at what could be the beginning of a long career,” Peters said. “She’s very excited about doing it and is learning a lot as we go.”

As the stage manager, Britt is in charge of helping the production designers, cast and directors communicate. She is also tasked with keeping the show on track and making sure nothing is forgotten. For the show, she will be calling musical cues, light cues and scene changes.

“It’s a lot of fun. By the time tech week rolls around it’s definitely a lot fun calling cues and stuff,“ Britt said.

While it is fun, stage managing also comes with a lot of work and stress. Britt believes the most challenging part is communicating with everyone.

These challenges have helped Britt develop communication skills and learn how to deal with issues by talking with people and calming down situations.

She has also learned to be more organized, which, according to Britt, is a trait that every stage manager needs.

“I did not have [organizational skills] before, so I’ve had to learn how to keep everything together a lot more,” Britt said.

Learning the ropes of stage managing is hard work, but Britt’s efforts do not go unnoticed. Junior Gracelyn Watkins, Britt’s current assistant who will take over her role as stage manager next year, commends Britt for her dedication.

“No matter what she does, she gives it 100 percent, which is a necessity when it comes to the theater department and it’s pretty rare to come across someone so devoted to putting on top notch productions,” Watkins said.

Watkins has noticed that Britt takes the time to create personal relationships with everyone in the cast and crew, which has helped them work well with each other, even becoming close friends.

“[Britt is] incredibly enthusiastic and […] a positive, pleasant person to work with,” Peters said.

She explained that the learning stage manager impacts those around her, especially when the drama department gets into the long days of six-hour rehearsals.

“The production as a whole would be nearly impossible without her and I think Mrs. Bruch, and everyone involved, would just about lose their minds if Laura wasn’t there,” Watkins said.

Britt doesn’t plan to stage manage for a career.  She wants to major in biological science in college. However, being part of the drama department has been a great experience for her, so she’d still like to be involved with drama in the future, whether it’s acting or stage managing.

“The drama department’s a lot like a family. You feel really proud of what everyone’s put together by the end of the show,“ Britt said. 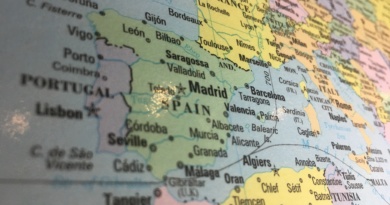 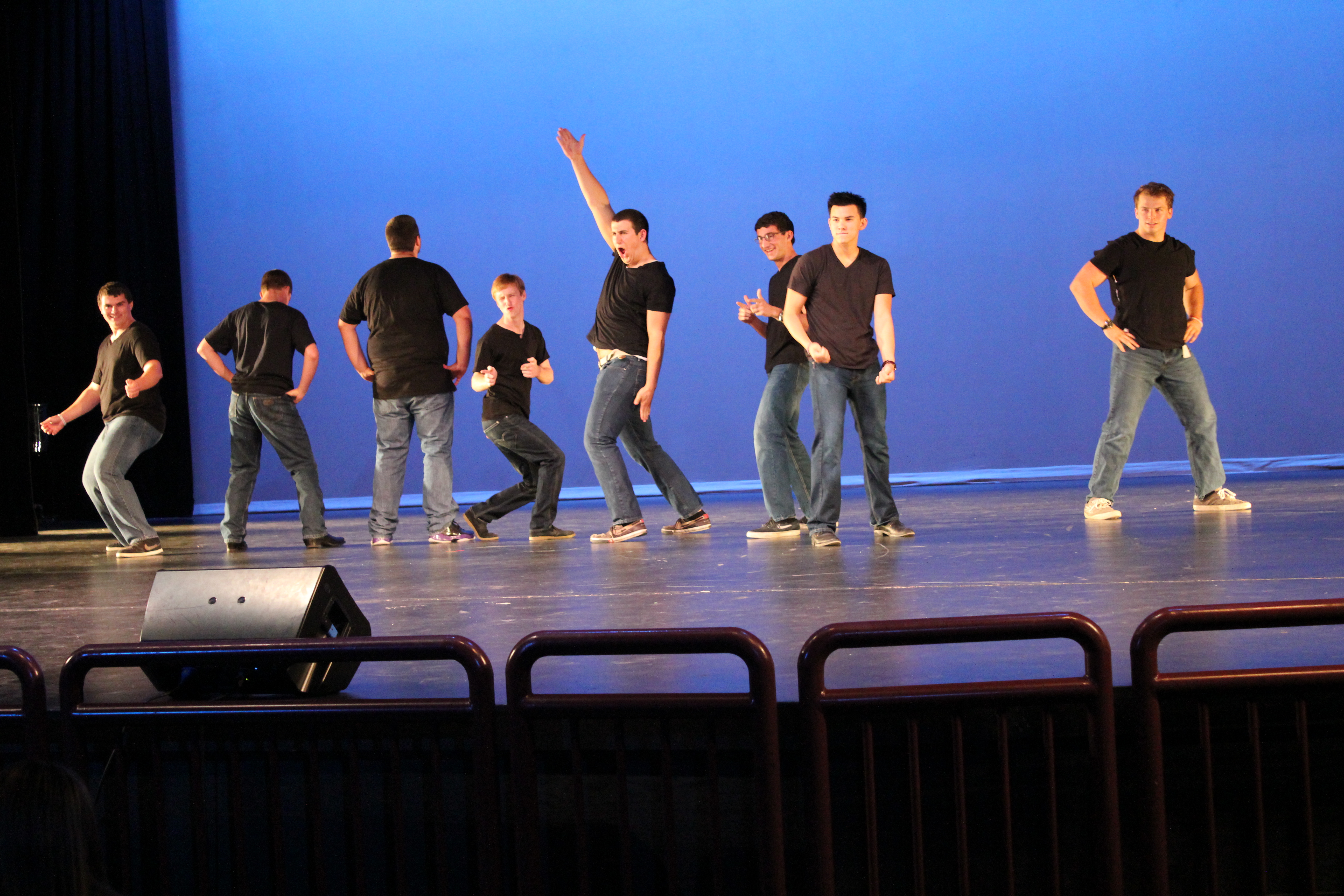