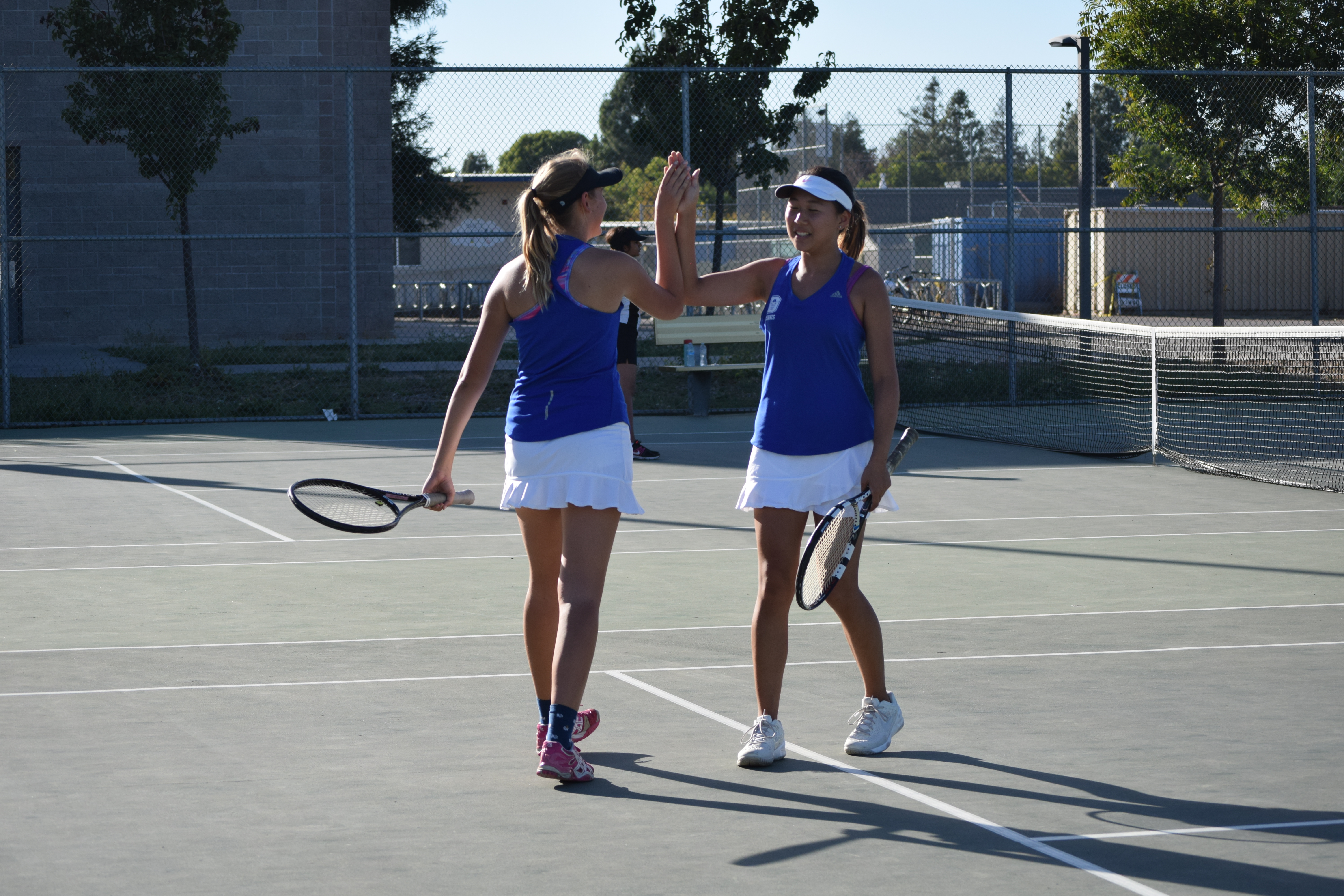 The Davis High women’s tennis team ended its season with a loss to Granite Bay in a close game of 5-4 on Tuesday, Nov. 1.

“Going into the match we knew it was going to be tough,” senior Lauren Duan said. “Granite Bay has always been a really strong team.”

Duan played as the team’s No. 2 singles player. Her first set was lost 7-6, the last point being a tie-breaker where she lost 7-1. Her second set was lost 6-4.

On the other hand, the three doubles teams were undefeated, and pulled through with close, but in the end, victorious scores.

The close games between all of players became evident as the score came down to 4-4. The determining match was played by the No. 5 ranked singles player, Nancy Avoce.

Avoce won her first set 7-5, but lost her second 6-2, leading to a tiebreaker where she lost 6-1. Despite this, Avoce has decided not to dwell on it and instead, consider it a learning experience.

“I’m pretty upset that the season’s over like this,” she admitted. “but I’m so glad I played my best and had great season with my sisters from different misters.”

Though the match left some disappointed, it also brought pride and gaiety to the team as a whole. Coach Sally Hosley was proud of the girls for giving it their all and pulling through with such positivity.

“It was a great match. The girls played their heart out and fought till the end,” Hosley said. “Granite Bay was the better team today, but any other day could be a different outcome.”

Granite Bay will be advancing to play in the quarterfinals for sectionals next Monday.

An exciting, first-match victory for DHS