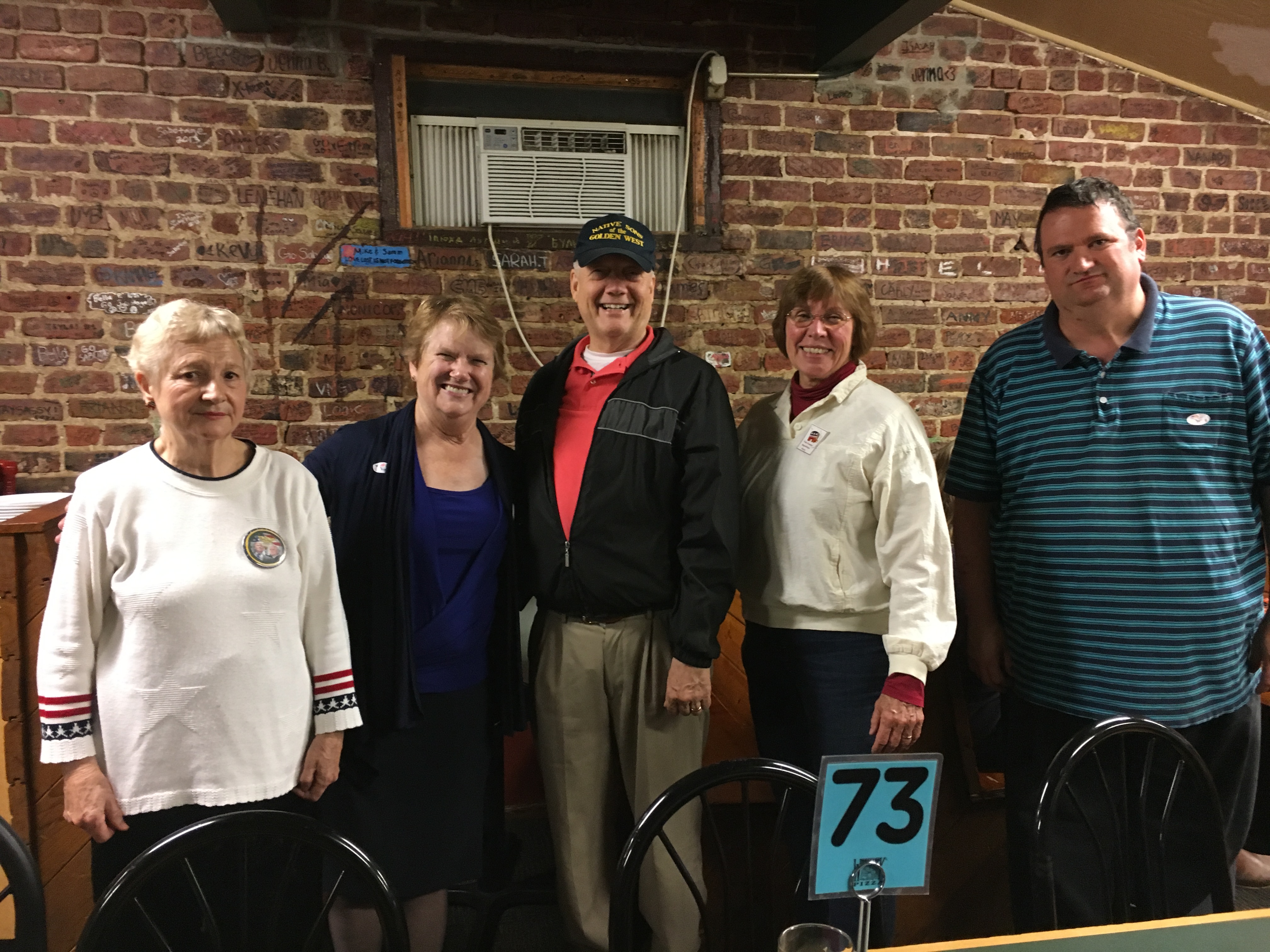 Members of the Yolo County Republican Party met at Woodstock’s Pizza on Nov. 8 to celebrate their hard work over the campaign season, watch the electoral votes come in and support their candidate, Donald Trump.

Several of the party-goers sported Trump paraphernalia to show their enthusiasm for the Republican candidate.

“Well, I will tell you, I have been for Donald Trump from the beginning,” said Alzada Knickerbocker, chair of the Yolo County Republican Party. “I think our side found it to be very exciting all along the way and he’s made his way through contest after contest and you have to give him credit for having won in each case.”

The Republicans congregated in the upper level of the restaurant around several tables pushed together, facing the large television on the wall.

When the evening began, there were only five members, but the number vacillated, numbering as high as 10 at one point.

Even though polls had predicted that Hillary Clinton would win the general election, Yolo County Republicans were hopeful as they trickled into the event.

“Our party, our people, have said this is the person who we want to be our candidate. So it has been exciting. We, of course, watch the other side too, and how that has developed, and so we have a real contest here,” Knickerbocker said.

Another vegetable pizza was brought up when it seemed that the night was going to be a long one.

As the night went on and more states were called as ‘red’ by the media, the Davis Republicans turned from hopeful to confident.

“So far [the election] is going good; it is leaning towards Trump, cross your fingers,” Mukta Kulkarni said.

More Republicans showed up after learning that Trump was winning, and shared pizza leftovers.

Cheers erupted from the table every time Fox news declared a state ‘red’ and chorus of “boos” and “ahhs” spread around the table when a state went ‘blue’.

“I think it shows there is a different spirit in America than there has been before. People want a change and they are willing to accept the risk of some unknown changes, they want a change so badly[…]I think that is the great thing about America, the will of the people rules, the people are the king,” Easan Katir said.

When more states declared Trump as the winner, beaming Republicans started to head off, with just a few left to hang around and watch the final results.

The waiter brought up a cinnabread dessert pizza for the remaining Republicans.

After Trump was reported to win Pennsylvania, therefore putting him over the necessary 270 electoral points needed to win the election, tired members headed home at about 11 p.m.

Knickerbocker had more to say after Trump was declared the 45th president and Clinton conceded to Trump over the phone.

“I am so proud of our candidate. His speech was conciliatory and serious. His plans for rebuilding our country to be the great country it has been both internally and around the world are ones I agree with and look forward to seeing happen. He has spent his life in the private sector as a successful leader at home and around the world. I think he’ll do the same as our President. That’s the way he is made,” Knickerbocker texted the HUB at 1:03 a.m. 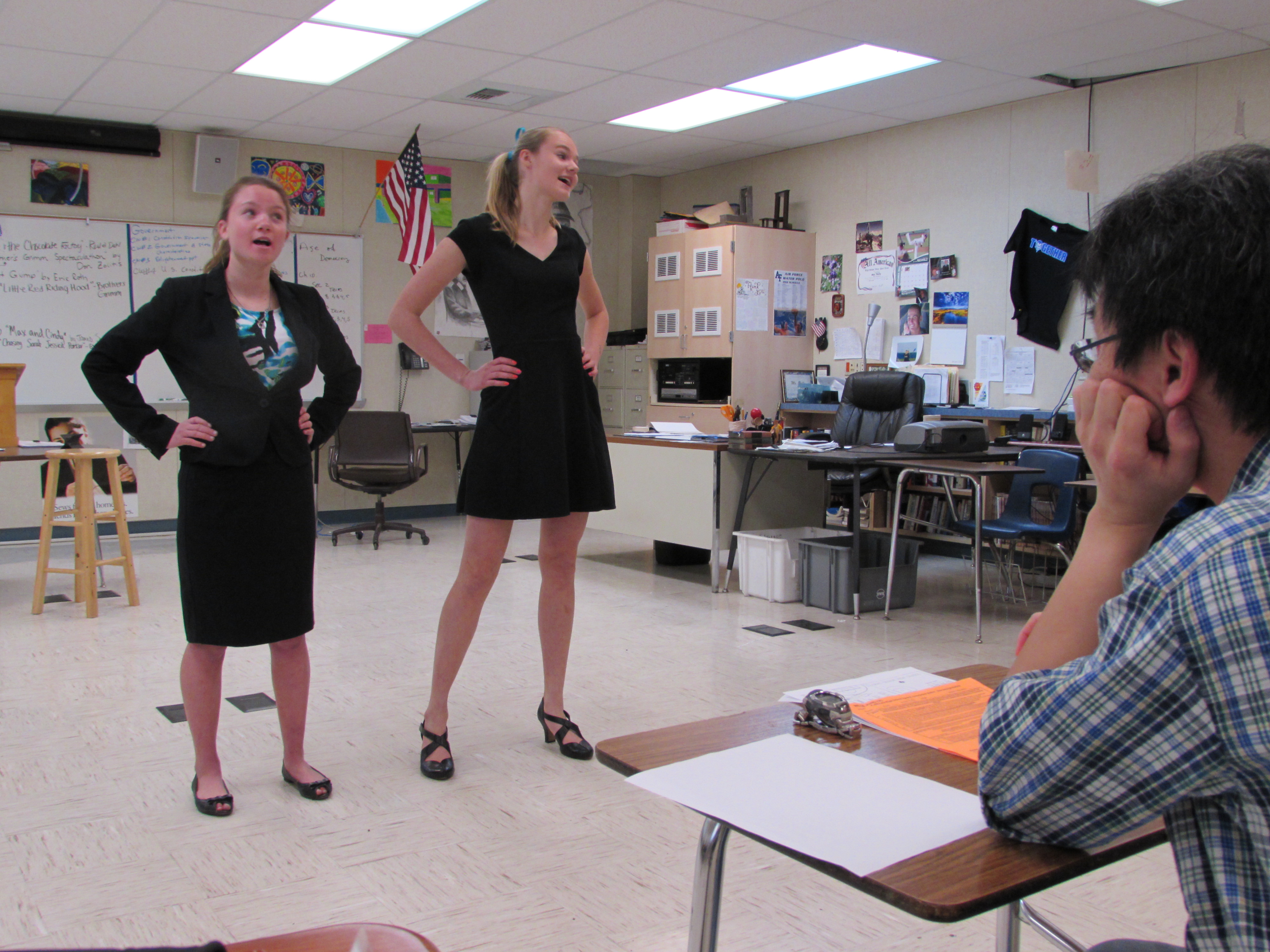