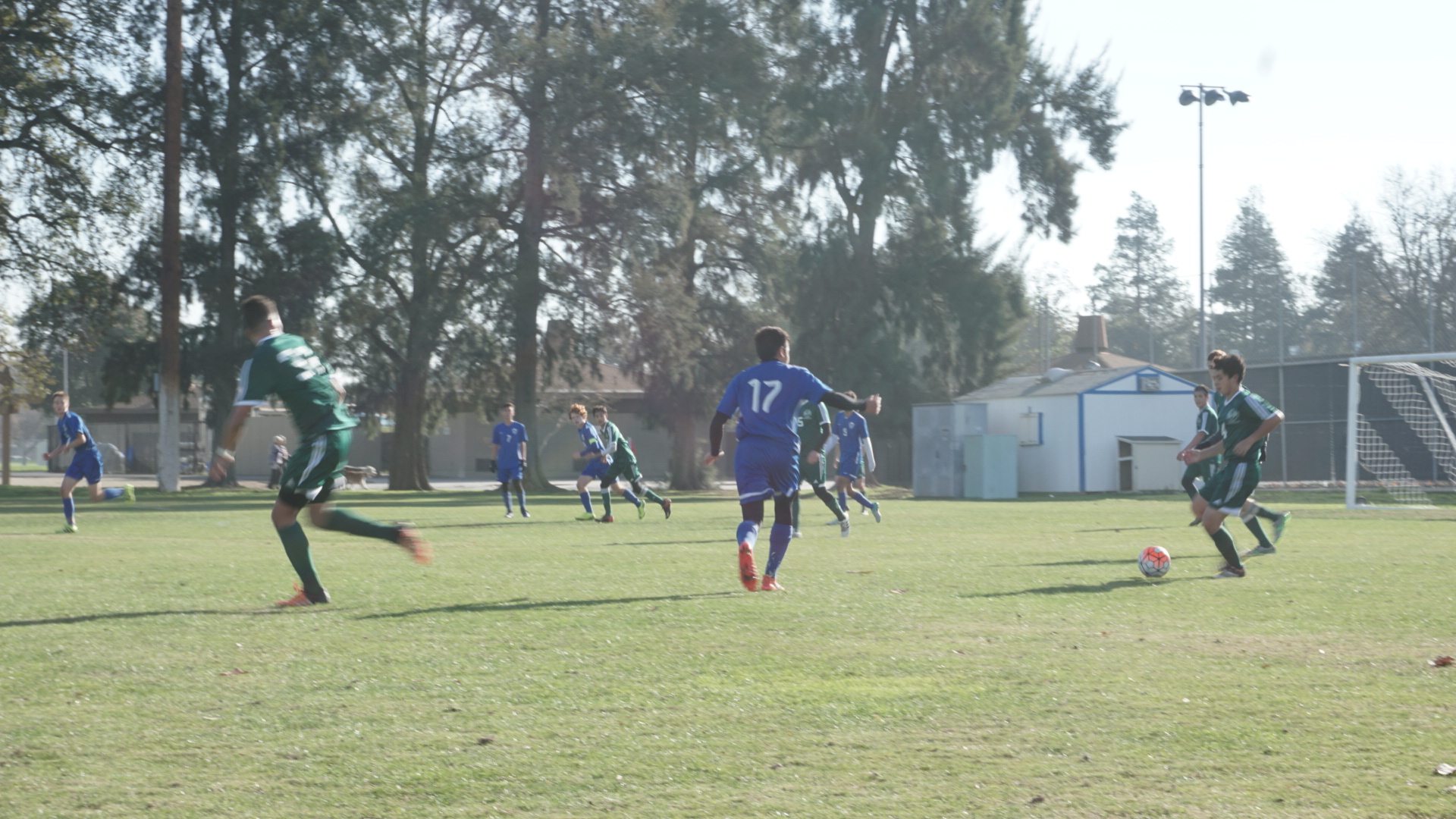 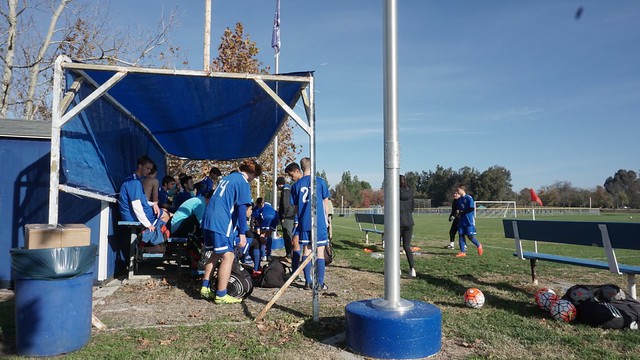 By Annie Cui, BlueDevilHUB.com Staff–
The Davis High varsity men’s soccer team broke their victory streak in a 0-0 tie with Dixon at the Blue Devil Tournament on Saturday, Dec. 3.

During the first half, DHS captain Elijah Alba bolted toward the net with two Dixon players on him, only inches away from the goal, until a third opponent slid in last second and stole the possible point.

Two Dixon players surrounded junior Kieran Swenson until Swenson twirled 360 degrees and escaped successfully with the ball. Later, senior Ben Tang was trapped by three Dixon players and tried his best to fend for himself.

In the second half, Swenson and Tang got their revenge by swiftly handing the ball to one another, making it seem like a game of monkey in the middle for the lonely Dixon player caught in the talented teamwork.

The crowd bubbled with excitement as sophomore Aaron Mayr passed the ball to Tang, who smoothly handed it off to junior Aedan Enriquez across the field. However, Enriquez front rolled into the ground, losing the ball.

Enriquez contributes the game’s outcome to the team’s lack of confidence.

“I played good, but I wasn’t able to be calm in front of the goal and put it away. The team fought hard, but we should’ve won because we’re the better team,” Enriquez said.

As the game approached the last minute, the Blue Devils dashed to get a goal. With most of the game on Dixon’s defense and the crowd sitting on the edge of their seats, the team still could not snap the tie despite their dedicated efforts.

Mayr, one of the team’s other captains, believed the team and himself played well, but not their best and was “frustrated on how we played on offense, [we] couldn’t get a ball in.”

Swenson agrees with Mayr that their offense play was rather meager, and hopes to “put a couple of balls into the net” for the next game.