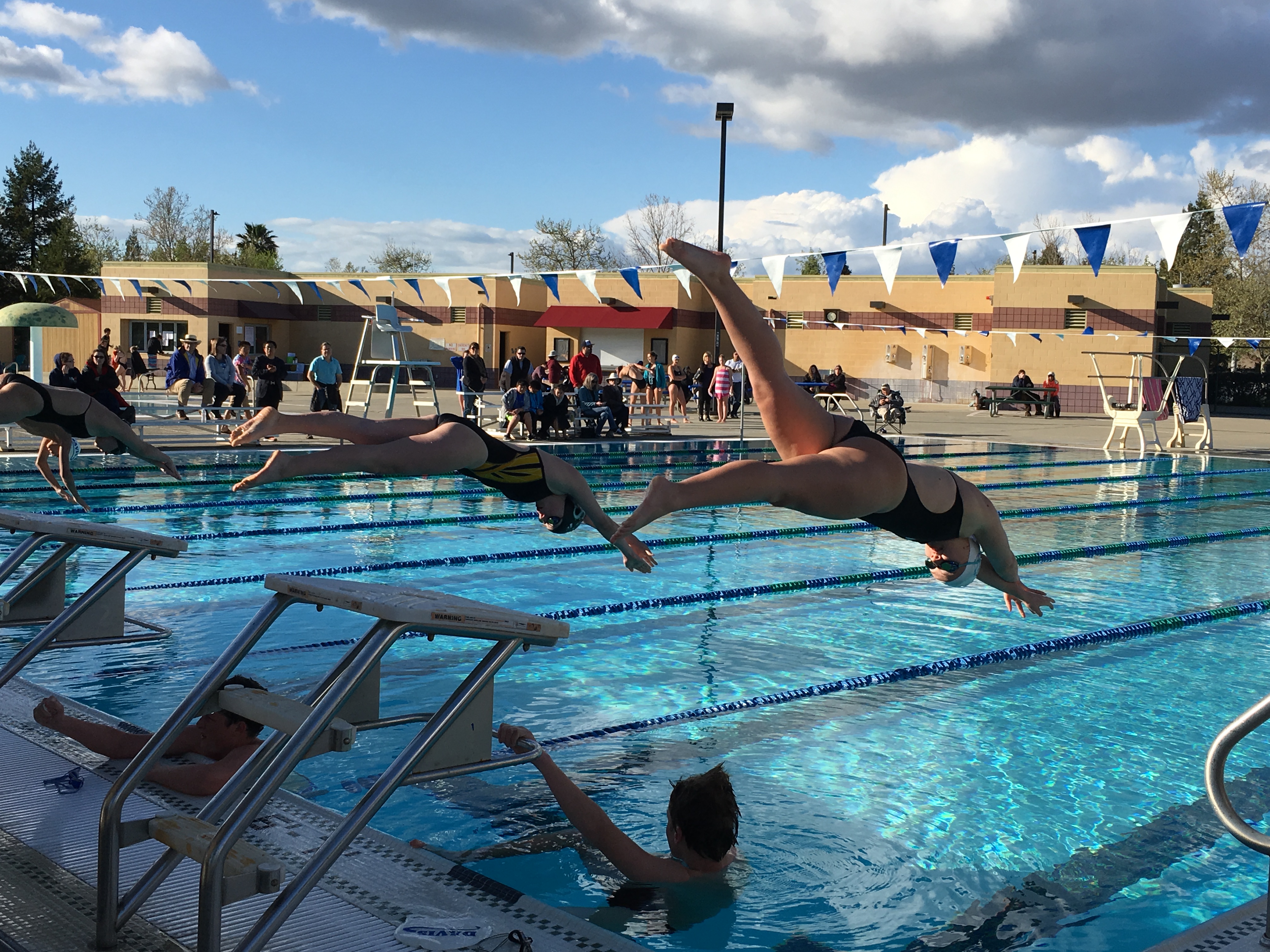 Despite a smaller team turnout, both Davis High’s men’s and women’s swim teams had no trouble taking down the Sheldon Huskies on March 22 at Arroyo Pool.

The Blue Devils finished first in every single race but one, and ended the meet with the men winning 103-54 and the women 90-71. This league win comes just a week after DHS came out triumphant over longtime rivals St. Francis and Jesuit.

“Oh, I’m still excited about it. I think about it all the time. It’s a huge win for us; I think it’s our first win in four years against Jesuit. And even when I swam they would beat us all the time so from a coaching standpoint it’s huge and I’m proud of everybody,” head coach John Varley said of the win against the Marauders and Troubadours on March 15.

By comparison, the meet against Sheldon was much more lowkey.

“[I]t’s definitely different coming to a meet like this. And we knew they wouldn’t be bringing as tough of a squad, and neither were we,” Varley said. “So it was good to kinda try and figure out other events that people are good at and get some section cuts and work on technique.”

The less competitive nature of this meet meant that junior Chloe McClain got to do something she’s been wanting to do since the start of the season: swim the 200 breaststroke in place of the 200 freestyle. In high school meets, other strokes can be substituted in during freestyle events.

“I chose to swim [the 200 breaststroke] because [it’s] one of my favorite races and I would rather race that over the 200 free. [I]t went really well for me. I had a pretty good race and it was a lot of fun to swim the 200 breast since it’s not a normal [high school] event,” McClain said. Despite swimming breaststroke while others swam freestyle, McClain came in third with a time of 2:54.16.

The Blue Devils will next compete at Arroyo on March 29 against Franklin, and on Friday and Saturday, March 31 and April 1 at the NorCal Championships. 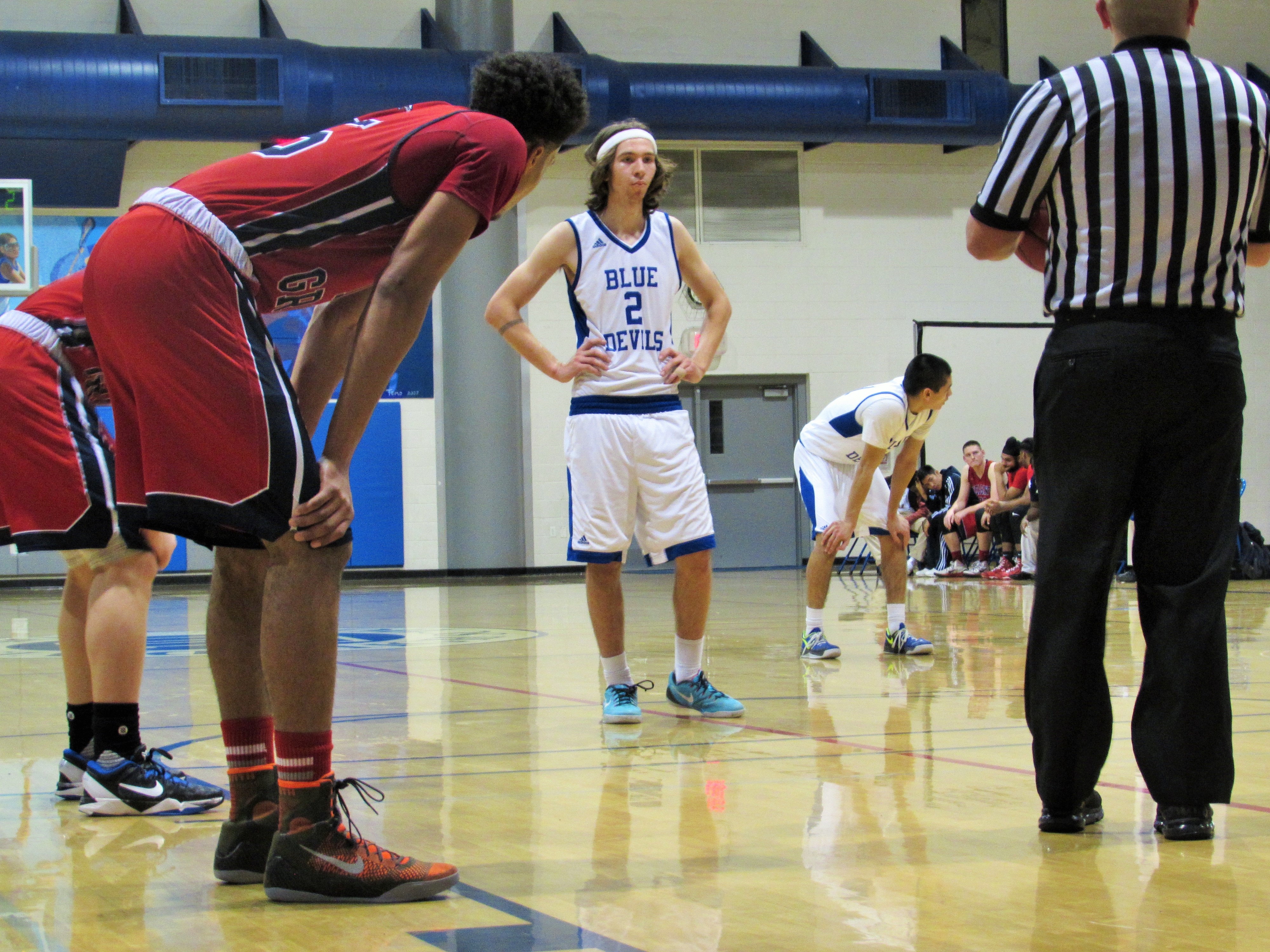 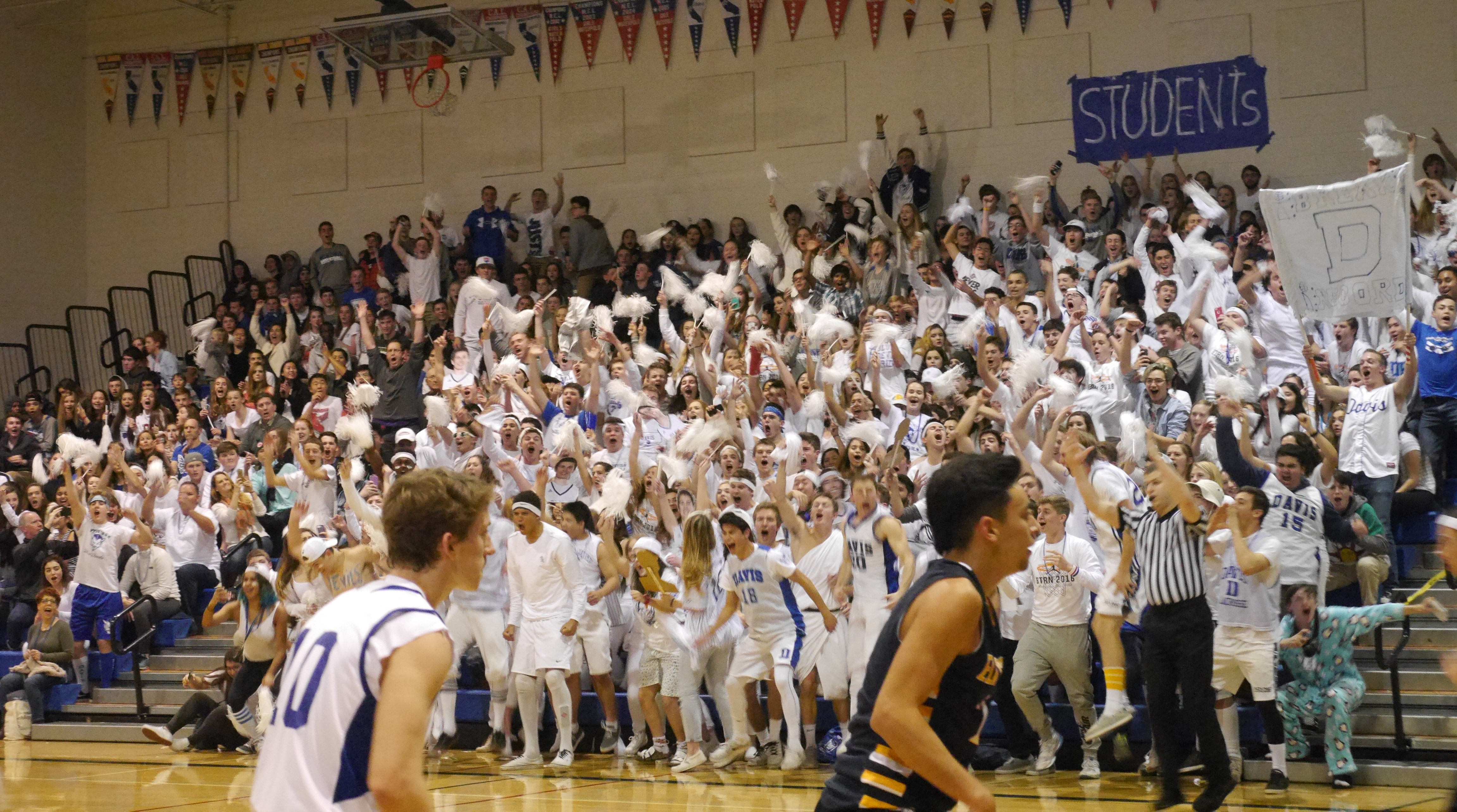