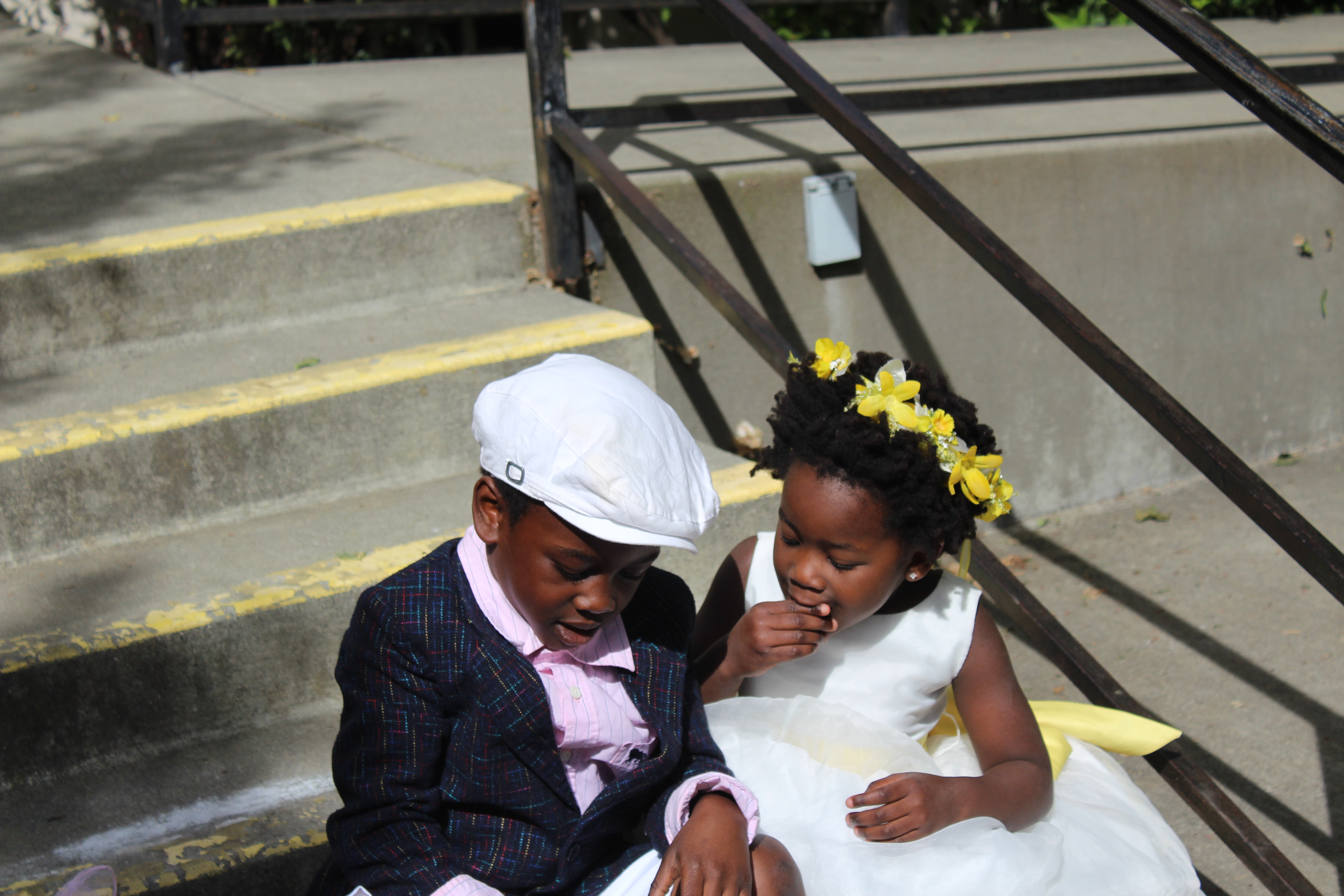 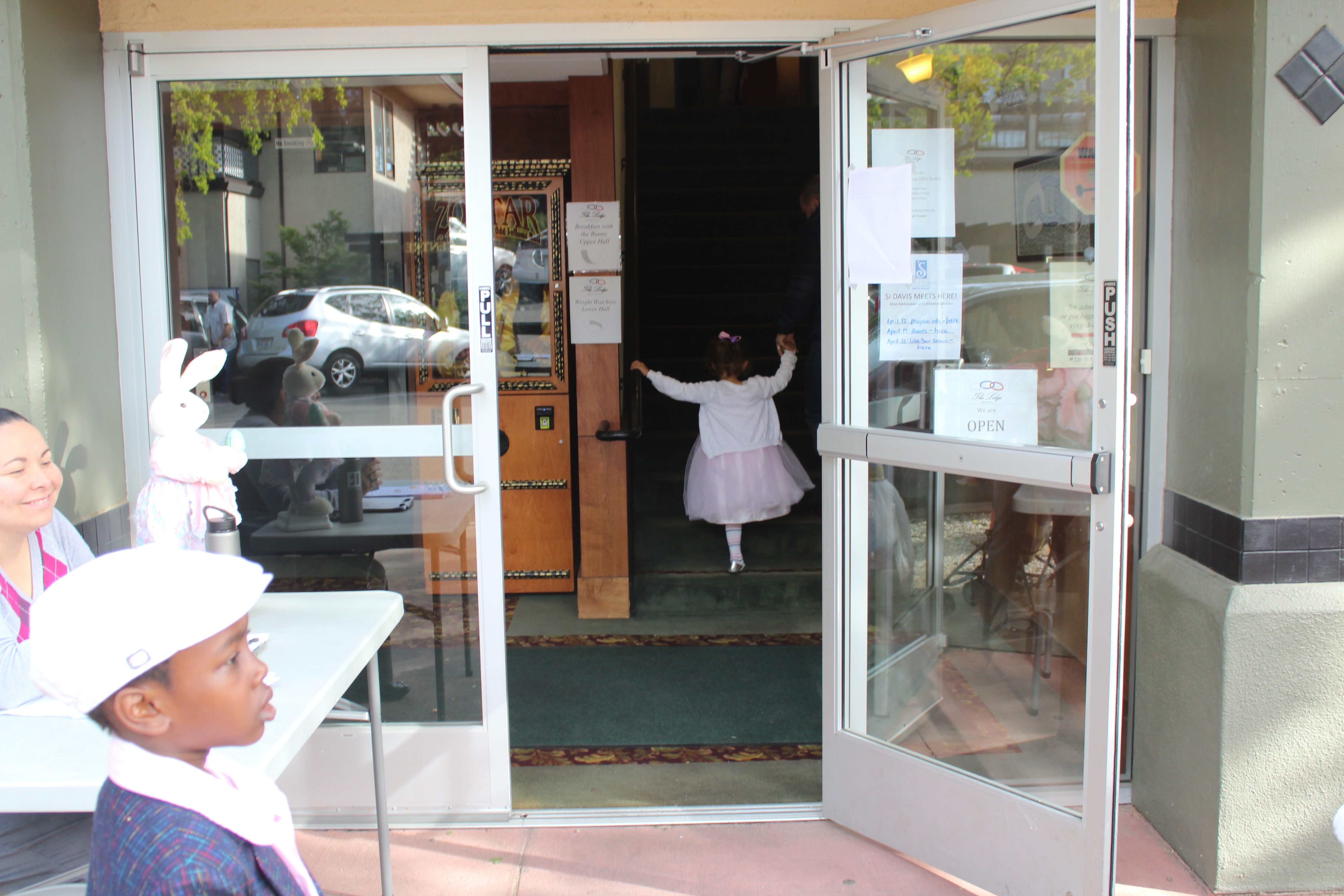 Little kids squeal with delight as they are let through the gates. They sprint through the playground littered with 900 eggs, scooping up as many as they can fit into their baskets as they go. This is how the Easter egg hunt at Davis Odd Fellow’s Breakfast With the Bunny played out on Saturday, with children lined up down the block waiting to get in to meet “The Bunny.”

Former Davis High student Matthew Grabert has been The Bunny for the last three years.

“It’s fun seeing the kids happy with The Bunny and it’s funny how some are scared but then they get closer with the bunny as the event goes on,” Grabert said.

Grabert joined the operation when the spot needed to be filled and his parents, who are members of the Odd Fellow’s, which puts on the event, asked if he would like to be The Bunny.

When the kids went into The Lodge and up the stairs, there was an assortment of breakfast foods and tables with 120 places waiting for all the families. On each table was an array of bunny stuffed animals and decorations, making the room perfect for children.

Planning this event took two co-chairs of the committee and about 25 volunteers.

“[The other co-chair] took care of all the food, getting the food prepped, getting the room all set up, all the decorations out. I am involved with making sure the games and activities go on and the volunteers are in place,” Ed Lewis, co-chair of Breakfast with the Bunny, said.

Once the kids were done with their special breakfast, it was time for the parade. Kids walked down the block, through the Davis Farmers Market to the Community Church playground. There the kids waited eagerly to run inside and start the frenzy.

Kids two years of age and younger were the first allowed through the gates, to allow a fair amount of time where they weren’t competing against the older kids.

However, as soon as the gates opened for the older kids it was a free-for-all.

When all the eggs had been collected and broken open and the goodies had been evaluated, the kids and their parents marched back to the lodge for some fun and games.

The Odd Fellow’s is the oldest organization in Davis, established in 1870, and is still active, trying to do as much as it can for the community, such as putting on events like Breakfast with the Bunny.

Even though Easter is a Christian holiday, the Odd Fellow’s tries to make the event as non-denominational as possible so that everyone fits in.

“We don’t talk religion, we don’t talk politics, we don’t talk business. [For example] we call it ‘The Bunny’ [rather than ‘The Easter Bunny’],” Odd Fellow’s Lodge Trustee Dave Rosenberg said.

They also try to include everyone number’s wise as well. Although there was only room for 120 people inside the room because of the sit down breakfast, anyone who couldn’t get a ticket after they sold out was allowed to wait around and join in the parade and the hunt later on.

This made sure that all the dressed up kids weren’t turned away and would be able to be a part of the festivities. 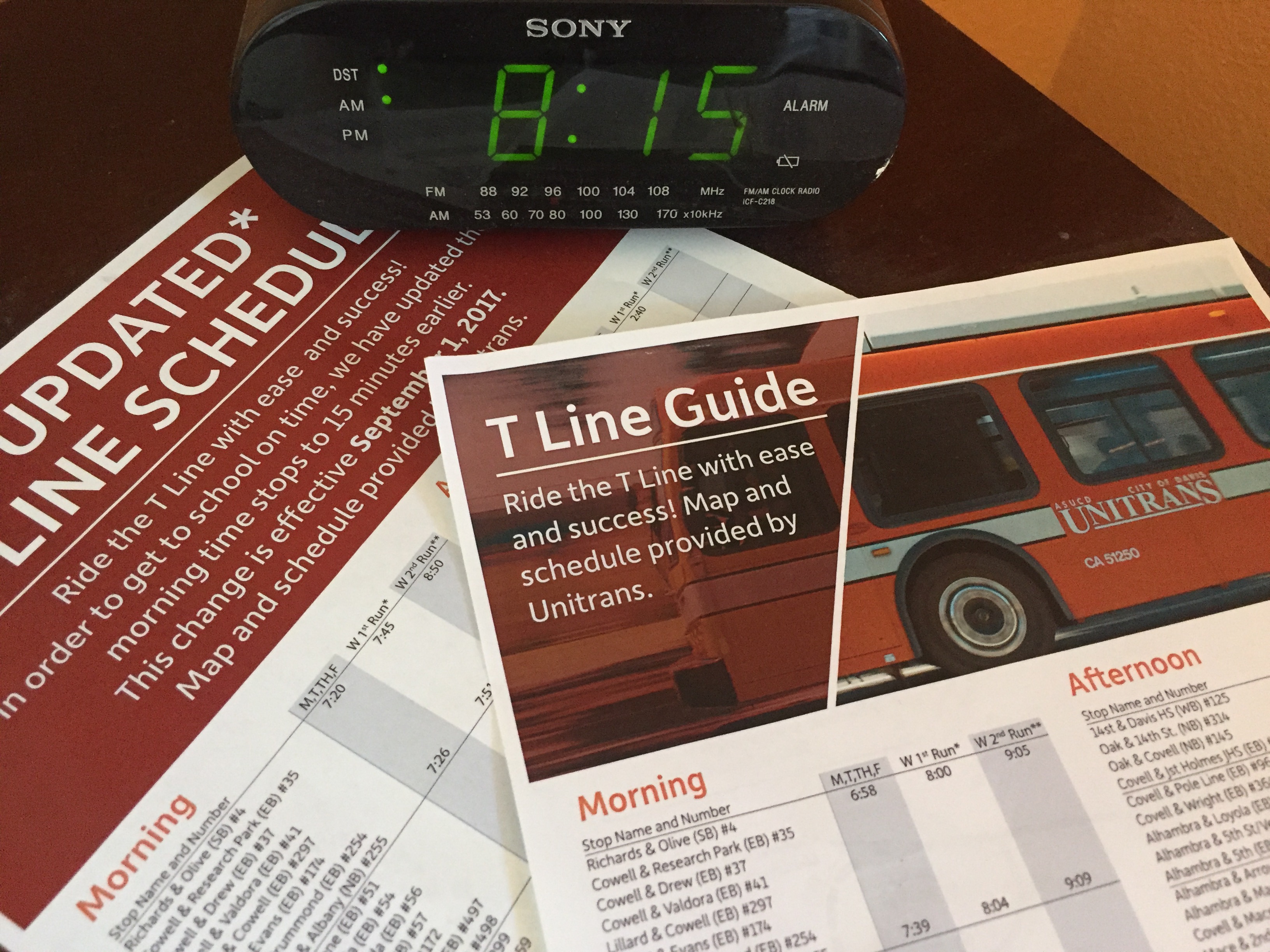 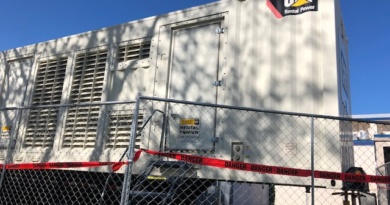 School board to vote on electric repairs at Davis High