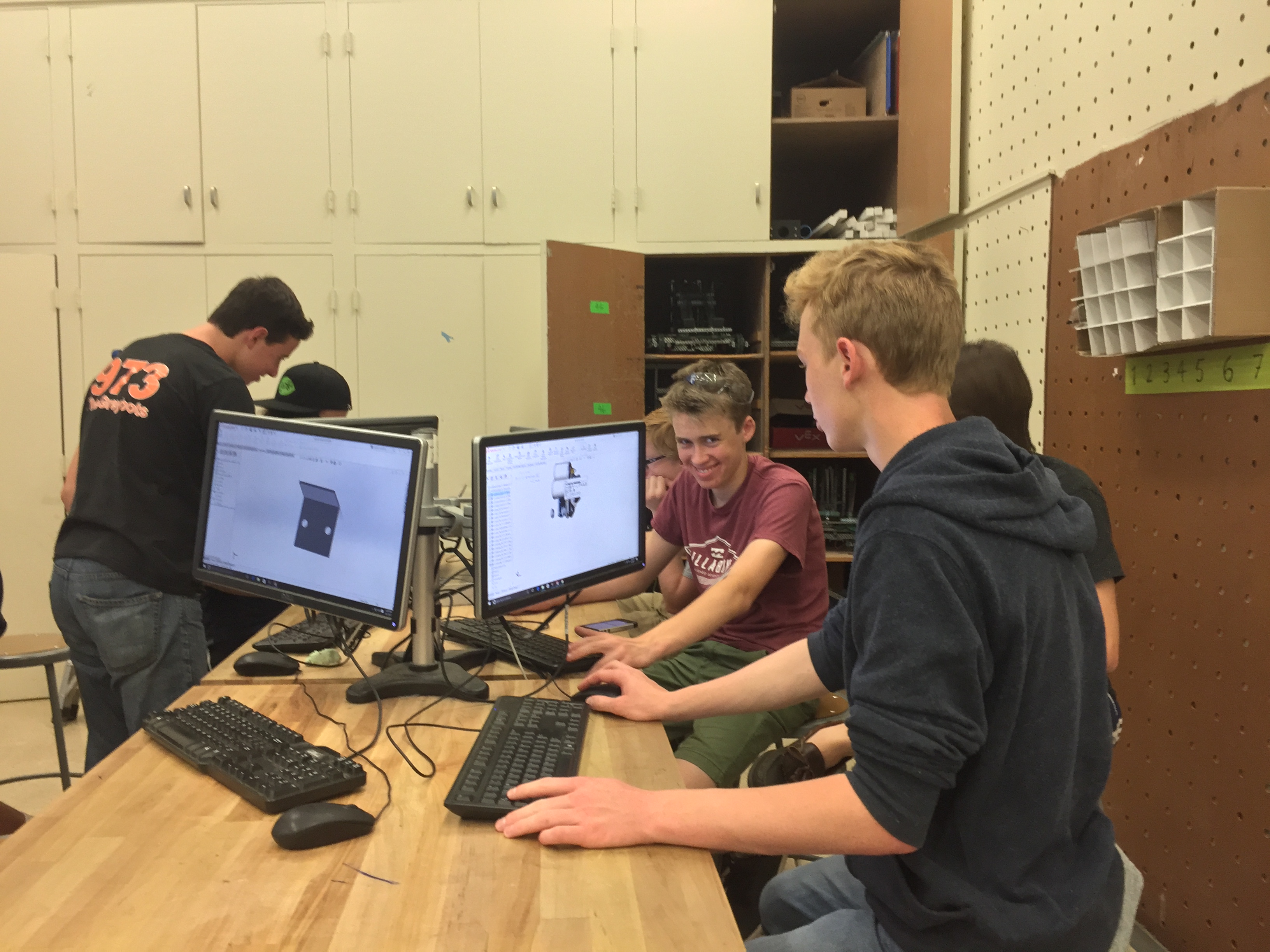 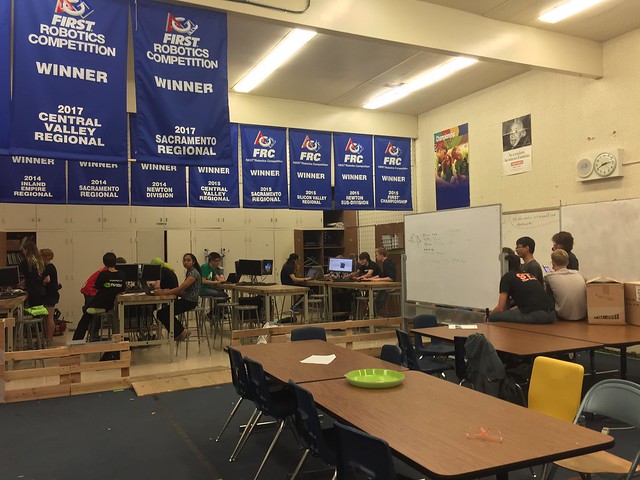 Budgets in the hundreds of thousands of dollars. A little less than a hundred people involved. Expensive machinery.

No, this is not a small business– it is a robotics team. And it is all run by high school students.

Citrus Circuits, the DHS, robotics teams, has many divisions. There are various subteams– app programming, robot programming, mechanical design, mechanical fabrication, electrical, and business and media. The team also performs various outreach programs, including a Women in STEM lecture series, mentoring the students of teams in Woodland and Winters, and helping junior high and elementary school students to become interested in math and science.

The team started in 2004 at Da Vinci High School under math teacher Steve Harvey. Since then, the team has changed its name, moved its center to DHS, grown to encompass more people and found wide success. This year, Citrus Circuits, received second place at the FIRST robotics championships in Houston, Texas.

So what makes the team win?

Maybe it is its atmosphere.

Junior Amanda Liu, who will be captain for the 2017-18 school year, does not even work on robots. She is not interested in science or math and thought robotics would not be for her.

But, her friends convinced her to join sophomore year, and she has never regretted it.

Liu, instead of actually working on the robot, was in charge of the business and media subteam, helping the team to finance its expensive operations.

The previous captain of Citrus Circuits, senior Bryton Moeller, agrees with Liu that the atmosphere of the team is an important reason for people to stay. Moeller joined the team in ninth grade in a rather serendipitous way.

Moeller, who had a friend whose brother had been on the team, was biking home one day when he saw someone with a robotics team t-shirt on. Moeller asked the person about the team, and once he came, he never left.

“It was like, ‘wow, people as nerdy as me do exist,’” Moeller said.

In early January, the FIRST robotics competition, with all of its new rules, is announced and the team focuses on making a robot to fit the competition.

As captain, Moeller was in charge of making sure that everything ran smoothly. On a typical Wednesday or Thursday, when the team meets from 6:30 to 9pm, Moeller would be scrolling through lists of what each subteam was supposed to accomplish and making agendas for the team. There are many aspects of working on the robotics team that draw people in.

For Moeller, one of those aspects is the hands-on educational environment of the team.

In ninth grade, Moeller says, he drove the robot into the wall several times.

And he’s proud of it.

Concepts learned in the robotics team are not like concepts in school, which may or may not be applicable in the future.

“This is applicable now. You just did it. Maybe it’s making a dent in the wall, but it still feels exciting,” Moeller said.

For sophomore Maya Brandy, one of the best aspects of the team, and of the FIRST robotics competition, is the ability to work with other teams.

“It would not be worth it for me to compete… if I didn’t interact with other teams,” Brandy said.

As part of the drive team last robotics year, Brandy was one of the people actually on the field of play, participating in the game.

In the FIRST robotics competition, “coopertition,” or cooperative competition, is stressed. The teams compete in alliances of three, so any given game will be between six teams– three on one alliance and three on the other.

This year, Brandy was the one dealing with members of other teams. Communication between them can always be difficult, but it was even more difficult when the members of the other teams did not speak English. While this does make it more difficult to compete, Brandy said they can surmount the language difference.

The many benefits of robotics can help– and confuse– some people about their career goals. Senior Kelly Ostrom, who was co-captain last year, said is going to branch out for robotics because she’s worried about where her love for robotics stems from.

“I’m a little bit afraid… that my love of robotics is because of my love of the team,” Ostrom said.

Sometimes, being around so many people so invested in one goal, making the robot as good as it can possibly be, can make it disorienting to be around other people.

“It feels a little strange. You have to remind yourself that you’re the weird one sometimes,” Moeller said. “It’s not like the rest of the world is out of it. You’re just in it.” 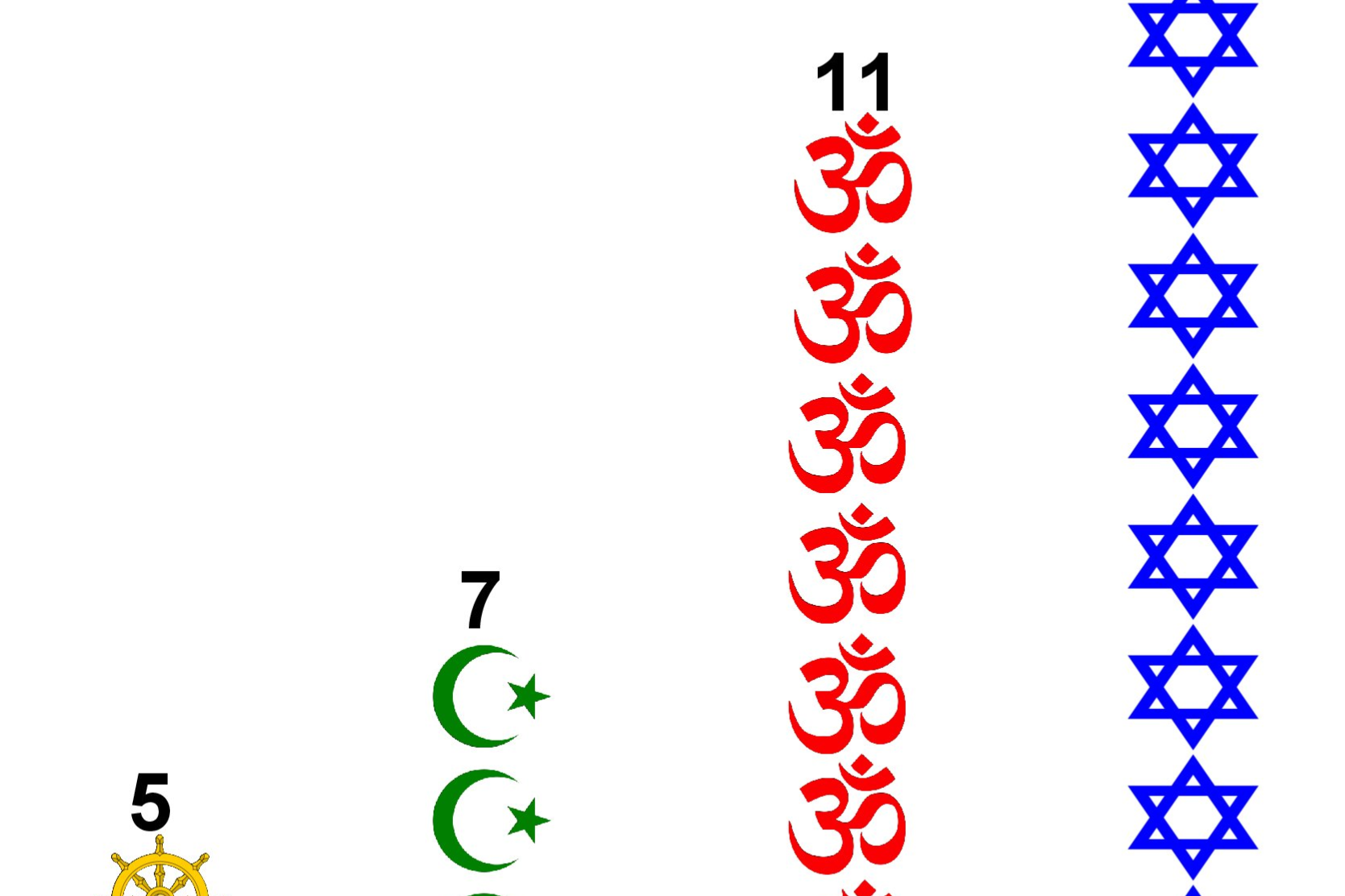 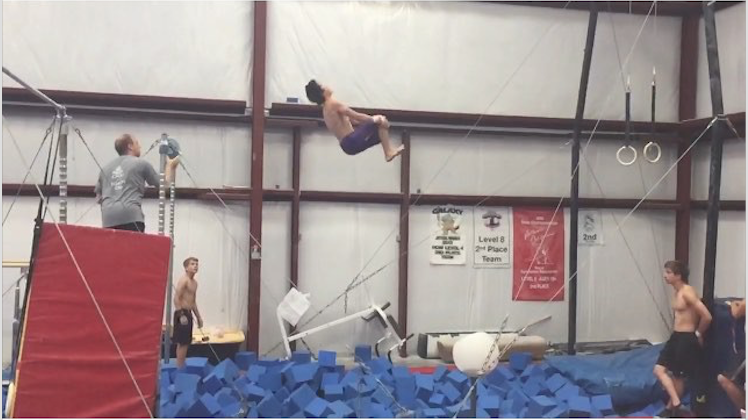 INTERVIEW OF THE WEEK: Racha Elsbach