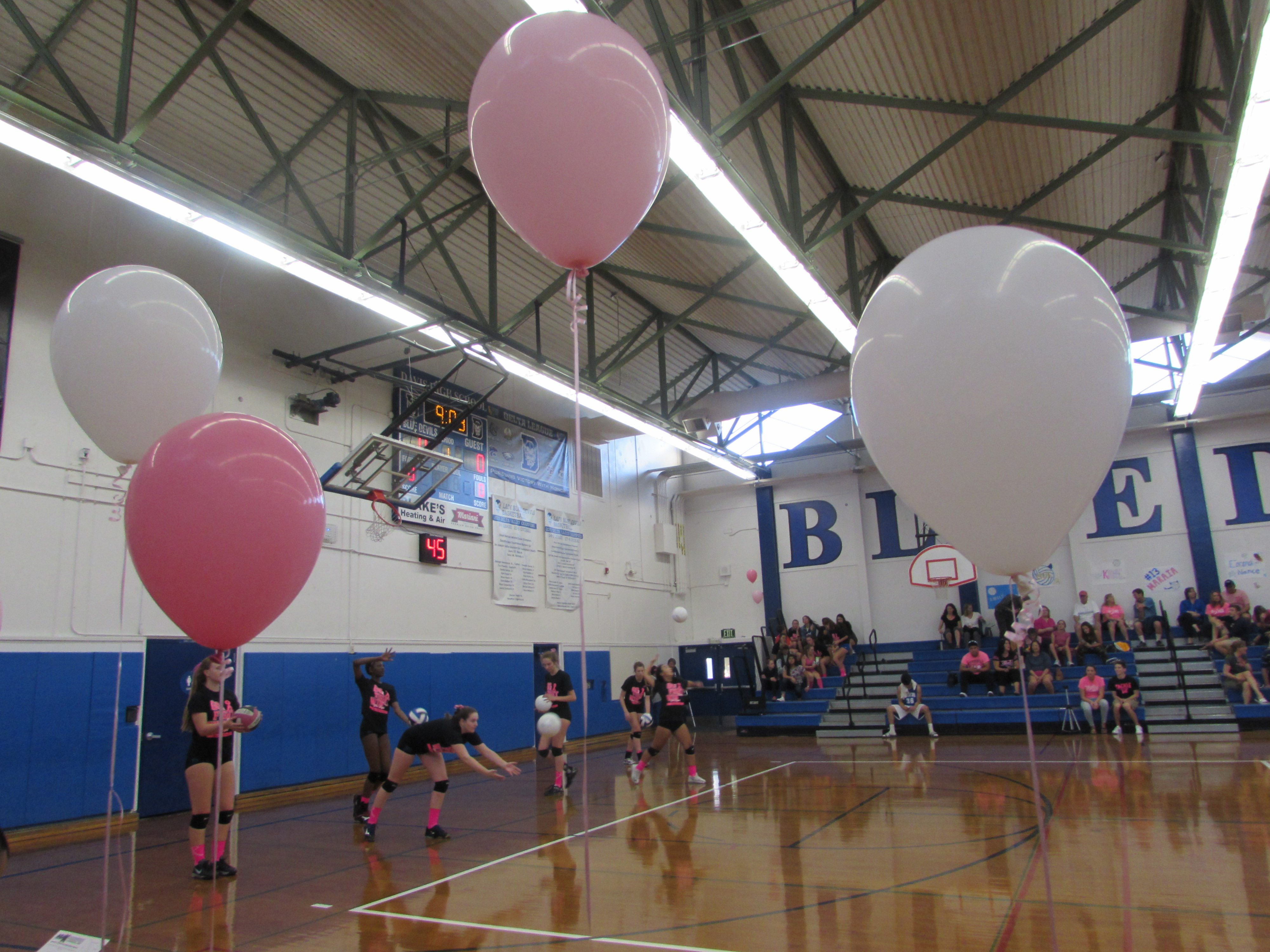 The Devils achieved the victory by “remaining consistent and level-headed,” according to coach Julie Crawford.

The night was about more than just volleyball with pink balloons in the air, pink socks on the players and pink wristbands for sale, all as part of Breast Cancer Awareness Month. A table by the entrance to the gym displayed the pink wristbands, t-shirts and a sign with information about the cause.

The team also took a moment together before the game to acknowledge the people in their life affected by breast cancer, according to libero junior Jessie Siu.

The Devils began the game with a close victory of 25-20 in the first set. Monterey Trail took the second set 23-25.

The third set was especially strong for the Devils with a score of 25-11. Davis scored six points before allowing the Mustangs two and finished by scoring its final four points consecutively, keeping Monterey at 11.

The consistency that Crawford mentioned showed in the fourth set with the Devils pulling out another win at 25-17.

Junior Lauren Wilcox led the team in kills while outside hitters senior Kate Thompson and sophomore Amanda Kim also gave strong performances, helping lead the team to its victory with several kills each.

“[Our hitters] brought a new type of intensity that we really needed,” Siu said.

Juniors Mia Gladding and Tiya Kamba-Griffin also contributed to the win, each blocking Monterey Trail multiple times throughout the game.

Crawford hopes the team will “focus on maintaining the level [of play]” in next week’s home games against both Elk Grove and Saint Francis.

Davis gets shut out by Grant on Senior Night