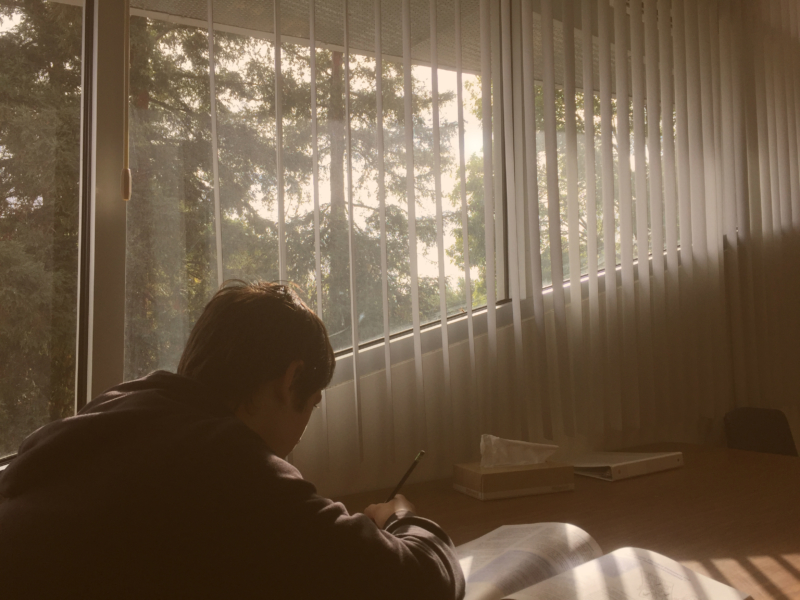 The schoolwide replacement of HVAC (Heating Ventilation and Air Conditioning) systems at Davis High is going to be completed on Nov. 4. The last of the 12 to 20-year-old systems that had not been meeting the statewide California guidelines will be replaced in the humanities room.

According to the DJUSD’s Public Information Officer Maria Clayton, 129 HVAC units have already been replaced at DHS, most recently in the north gym on Oct. 10.

Some classrooms have been muggy and uncomfortable to many DHS students. Sophomore Nicolas Cooper has experienced problems with the temperature in class, saying that the air conditioning in some of his classes was not very effective when school started.

Cooper wishes that the air conditioning was better earlier in the year when temperatures often exceeded 100 degrees Fahrenheit.

Science teacher Eric Bastin believes that student learning is heavily impacted by temperature, but the air conditioning in his classroom is not up to par.

“By the afternoon, [the temperature] is awful,” Bastin said.

Bastin uses a personal electric fan, but said that it only helps the teachers and does nothing to help students.

Bastin also said that the air conditioning hasn’t worked in seven years, but he expected a new air conditioning system in November. The only HVAC system being replaced in November was in the humanities building, not in a science room, according to Clayton.

Spanish teacher Timothy Nelson has a different view of the HVAC system. According to him, the air conditioning works well, but as soon as a lot of students enter the class, the room becomes stuffy and unpleasant.

However, Nelson had heard that the air conditioning in the English wing near the football field wasn’t operational. Cooper backs this up, saying that the temperature in his English class can get extremely hot, especially since he takes it early in the afternoon. According to Nelson, one of the rooms’ temperatures reached such a high level it caused the fire alarm to be falsely triggered.

According to Clayton, DJUSD hires an energy manager who routinely inspects all facilities. He or she then reports to the appropriate personnel, who make adjustments to the HVAC. The energy manager also informs principals about performance and energy savings.

The air conditioning is set to keep running until 30 minutes after the end of school for teachers and staff to finish their work.

According to a district memo sent to school administration and faculty, when the room temperature is above 76 degrees Fahrenheit, the economizer closes to 20%, as required by the CA code. This means that some classrooms may feel hotter and more humid than desired due to the reduced air circulation. 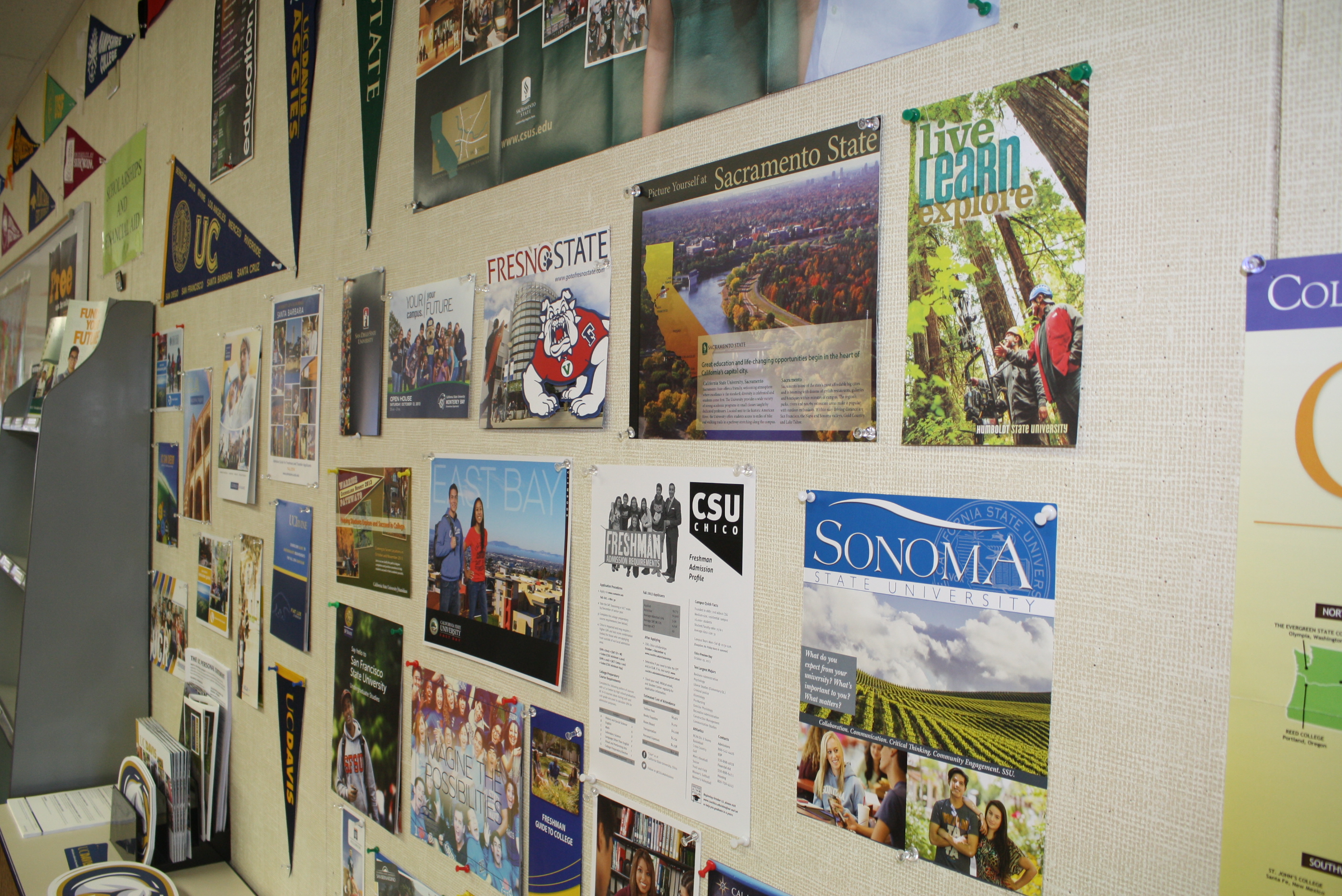 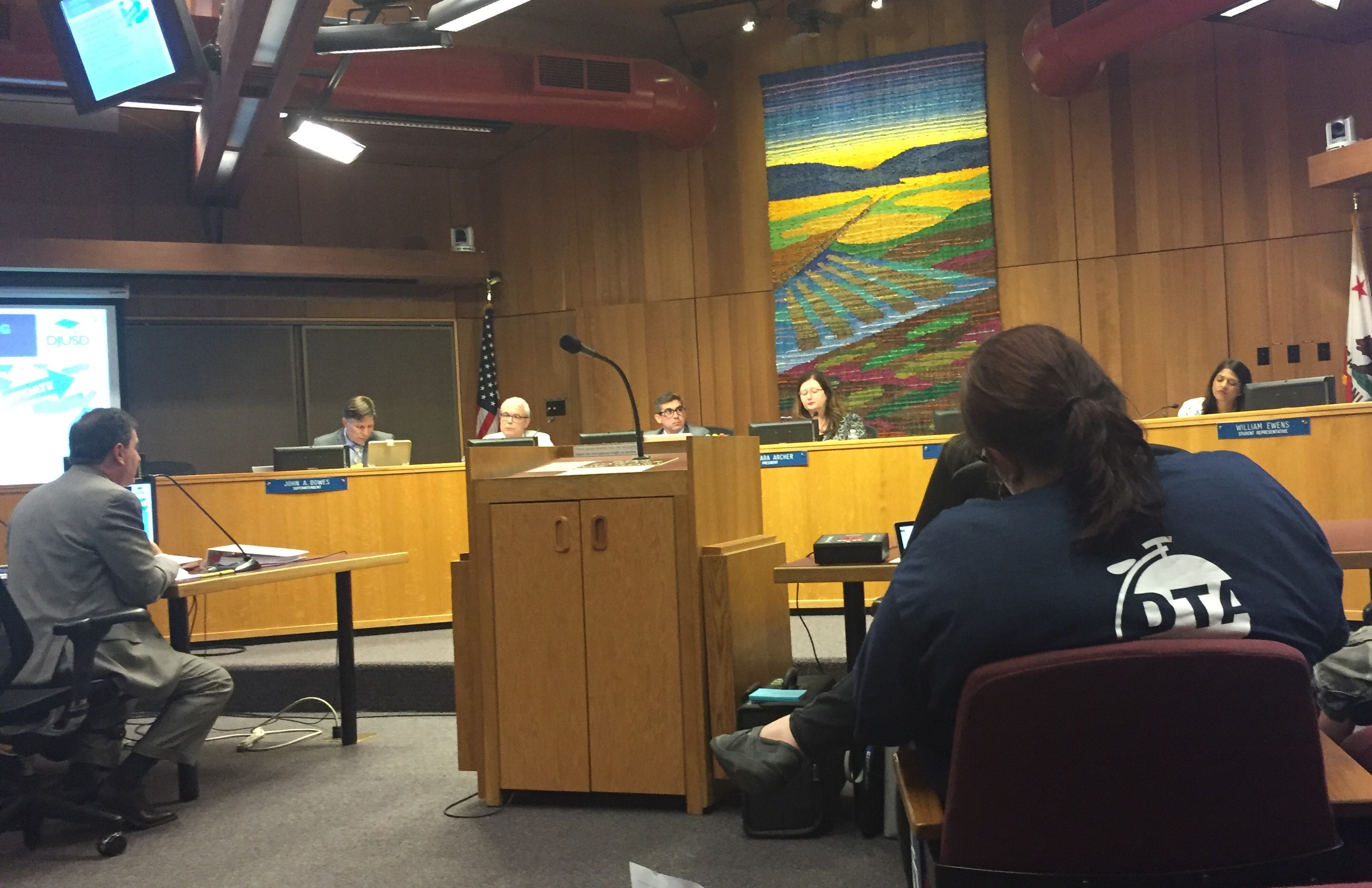 School board faces criticism as teachers fight for higher salaries