Who are “homeless people”?

A blonde, middle-aged woman named Michelle sat on the  sidewalk near the corner of 2nd and E street on Nov. 7, holding a sign that read “homeless, tired, hungry and freezing.”

Michelle has been homeless on and off since 2007. She grew up in Sacramento and moved to Davis after she became homeless in order to be closer to her mom.

According to the Yolo County Homeless Count conducted on Jan. 23, 10 percent of Davis’ homeless population is like Michelle and moved to Davis to join family while 18 percent came to Davis to join friends, 14 percent fled domestic violence, 10 percent sought good social services and 7 percent grew up in Davis.

Although the vast majority of homeless individuals counted on Jan. 23 in Davis were not raised in Yolo County, 15 percent of Davis’ homeless population said they had resided in Yolo County for more than 20 years.

Davis houses a variety of programs, such as the IRWS and Davis Community Meals and Housing (DCMH), which help homeless individuals by providing them with food, shelter, counseling, job training and more.

According to mayor Rob Davis, New Pathways, a program which is funded by the City of Davis and Yolo County successfully moved eight homeless individuals into permanent housing over the past year by working with local housing authorities, the city, the county and DCMH.

Despite these services and opportunities, Michelle says she often feels alienated and unwanted in Davis.

“Everybody looks at us like we’re a disease,” Michelle said. “But we’re all human and I just wish people would treat us as equals.”

Michelle says that she is sometimes treated like a criminal as she recalls several instances when Davis residents have thrown things at her.

“We’re just trying to live as best as we can out in the cold and rain,” Michelle said, going on to describe her limited access to resources such as warm clothes, food and technology.

According to the homeless count, the number of homeless individuals in Davis has increased slightly since 2015, growing from 131 to 146.

On the night of this count, 83 homeless individuals were sheltered, while 63 were not. Of the these individuals, 26 suffered from a serious mental illness and 28 from a substance use disorder.

Davis says that he has not noticed an increase in homelessness in Davis, but he acknowledges that there seems to be an increase in unsheltered individuals with mental health issues.

While some people find themselves homeless because of an addiction or mental illness, others simply cannot find housing because of its availability and price.

“I know one person I talked to, it was because she picked the wrong major is what she told me, and she couldn’t find a job. For me, that hit home because that could happen to anyone; it wasn’t even her fault. She went to college—I think she went to UC Davis—and she just couldn’t find a job,” senior and intern for the IRWS, Victoria Nishikawa said

Furthermore, Davis explains that it is difdifficult to assess the magnitude of homelessness.

“It’s not as if all people who are homeless are sleeping in a tent outside,” Davis said. While individuals who “couch-hop” from one friend’s house to another, live out of their cars or lack permanent housing are also homeless. It is hard to know how many individuals are in these situations.

Founded in 2007, the IRWS is an emergency shelter that provides overnight housing for people like Michelle. The shelter rotates between 10 congregations over the course of 15 weeks during the winter, providing its guests with warm meals, sleeping bags, cots and transportation to and from the host site. This year, the program began on Nov. 27.

Mary Kirsch, a grandmother of a DHS student and long time volunteer for the IRWS, recalls exiting Davis Community Church one rainy night when she found herself practically stepping over an uncovered homeless man as he slept.

“I thought to myself, ‘Gosh, if I’m doing meetings and prayers but not helping somebody like that, what is my faith all about?’” Kirsch said.

After that incident, Kirsch began to volunteer helping Davis’ homeless community. Through her church, St. James, she started to volunteer with the Interfaith Rotating Winter Shelter (IRWS) and now has a prominent role in managing the shelter at her church.

“[The IRWS is] getting bigger all the time because we’ve increased the number of people we help every year,” Kirsch said. According to Kirsch, last year the IRWS served approximately 130 different individuals, many of whom came multiple nights.

Kirsch has seen several individuals find housing over the IRWS’ 11 years of operation.

“We have had some happy, happy endings,” Kirsch said. “A lot of people still need [housing] really bad. [So], we keep trying.”

St. James Catholic Church has been involved with the IRWS since 2007.

“We considered it to be an expression of our faith,” Kirsch said. “Part of our faith is helping people.”

Every year, St. James hosts the IRWS during winter break while its school is out of session. In exchange for shelter, guests are assigned a chore each night to help keep the shelter clean.

According to Kirsch, some homeless individuals go above and beyond in helping the shelter by doing extra chores.

The IRWS receives support from congregations all across Davis. Even places of worship that lack a suitable facility to host the shelter contribute in other ways.

For example, Davis’ church of Latter-day Saints cannot host the homeless shelter, so it instead has taken charge of transporting homeless individuals from the host site to downtown every morning.

Similarly, Grace Valley Christian center supports Davis’ homeless shelters and other charities such as STEAC instead of providing space for the IRWS.

“It’s a sticky thing to try to do a homeless shelter when we have a K through eight school here,” Grace Valley’s university minister Greg Perry said. “I do think it’s really important to support these shelters.”

Other than support from churches, the IRWS receives $5,000 of funding from the City of Davis every year. Furthermore, interns from UC Davis and DHS help run the shelter.

Students volunteer at the IRWS

DHS students have become involved with the IRWS through Youth Leadership Davis (YLD), a program which prepares students to work at the shelter. Members of YLD attend several trainings where they refine their social skills and learn how to run the shelter, before interning at the IRWS.

“It’s not supposed to be that working at the shelter is so different from normal life. We learn about compassion and listening. You can use that anywhere in life; it’s not just to talk to a homeless person,” YLD’s youth leader Nishikawa said.

During her junior year, Nishikawa applied to the YLD and was accepted. As an intern, she is required to work at the shelter six nights each season.

According to  Coleman, YLD had so many applicants this year that they had to turn some down.

He sees the YLD and IRWS as an opportunity to teach high school students life lessons such as how to work with others in society and “challenge our tendencies as human beings to make judgements,” according to Coleman.

“[The IRWS] makes a bridge between different groups in Davis: people who have homes and people who don’t,” Kirsch said. “People categorize them as homeless, but really they’re just people.”

Kirsch believes that she has improved herself immensely by becoming involved in the IRWS.

“It’s really made me so much more aware of how important it is to reach out to people who need help and how many people do need help,” Kirsch said.

However, on her first night at the IRWS, Nishikawa’s views regarding homeless individuals changed.

“I talked to this one guest named Candis,” Nishikawa said. “I was nervous, but she welcomed me to her table, and we just talked like there was no tomorrow and she shared with me all of her dreams and all her ambitions, and they’re really similar to mine.”

Nishikawa now believes that despite their circumstances, homeless individuals are often amazing people.

“Before this experience, I was so judgemental and really hesitant [around homeless people] but when you actually sit down and talk to people, you learn about their life, and it’s really interesting.”

Nishikawa remembers one guest, David, who inspired her.

“To see his faith, which is stronger than mine, even though, you could say that I have more material stuff, he just has more. He offers so much advice and so much love towards me,” Nishikawa said.

As students like Nishikawa broaden their perspective, Coleman believes that they also learn more about themselves and why they behave as they do.

Though programs like IRWS and YLD have helped Davis residents like Nishikawa and Kirsch become more accepting of homeless people, there still exists a large number of Davis residents who do not share this mindset.

According to Kirsch, some people disapprove of the IRWS because they believe that it acts as a magnet towards homeless people.

“It’s really hard to hear that this city that I thought was so welcoming and so loving wants to kick out its residents,” Nishikawa said.

Kirsch believes that educating Davis residents on homelessness is important, and Nishikawa agrees.

“I was always told that parents and older people are very set in their ways,” Nishikawa said. “But with high school students, this is the time to be influenced in a positive way, so it would be cool to have some sort of drive or something here [at DHS].”

Nishikawa thinks the DHS students should try to be more open to the idea that homeless people are not that different from us. “You can still smile and say ‘Hi.’ If you have food, you can give them food. Preferably food, not just money.” 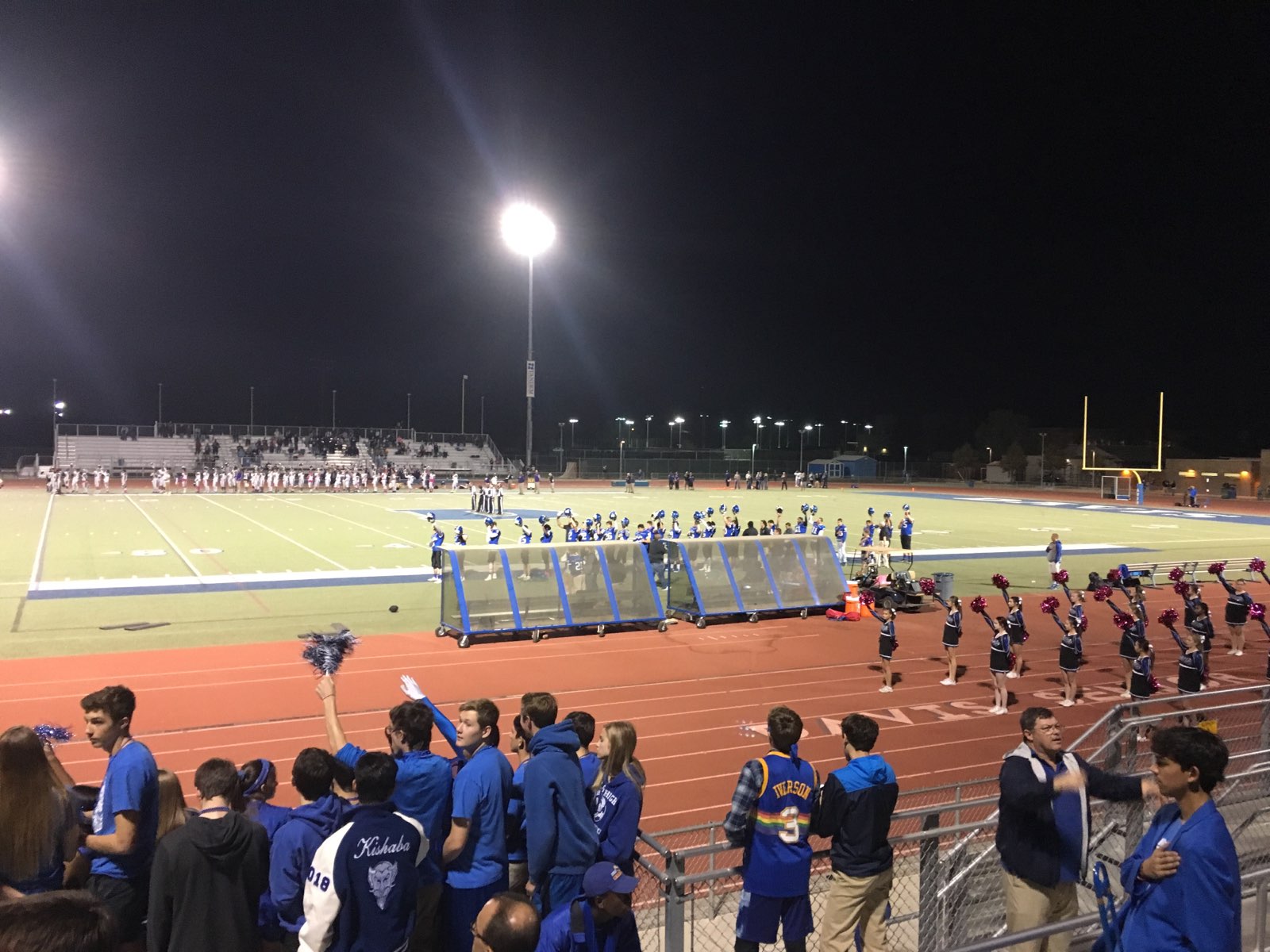 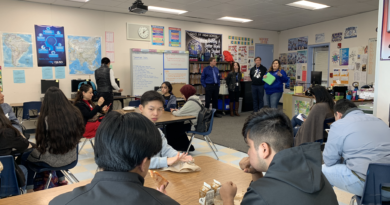