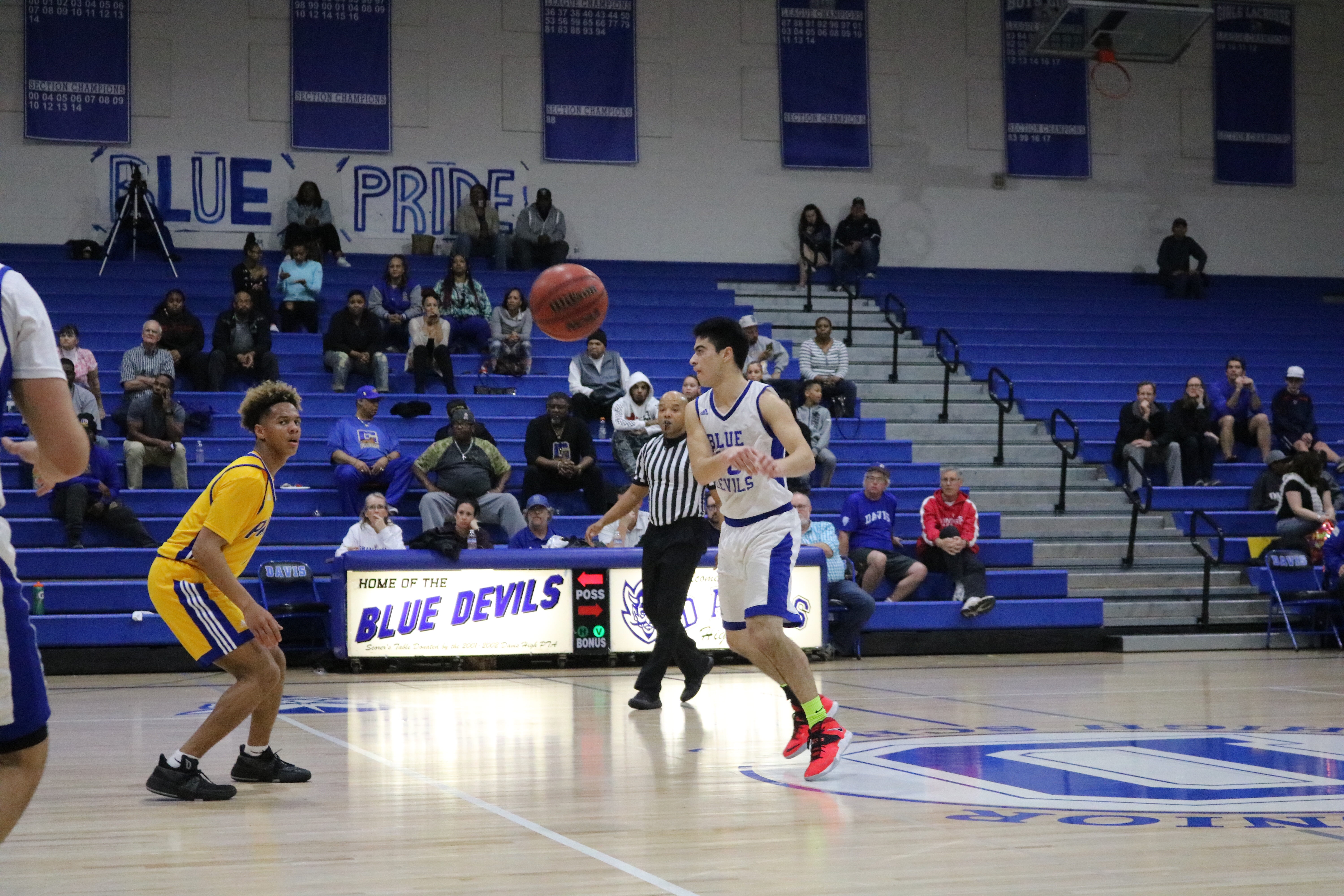 Battling for a chance at a Delta League playoff spot, the Blue Devils pulled off a comeback win against visiting Pleasant Grove (8-17, 2-10) on Feb. 7.

After trailing much of the game, and by as much as 11 points, Davis High took over late, winning 66-62 Wednesday night.

The Devil offense took a while to engage with only 11 first quarter points and 26 by half.

Struggling to score inside against Pleasant Grove’s 6’10’’ center Joshua Morgan, Davis settled for a lot of early, deep threes.

“Our offense wasn’t great in the first half,” senior Gavin Schouten said. “We just weren’t making our shots. Our confidence wasn’t there.”

On the other end, poor shooting led to numerous transition opportunities for the opposing Eagles who scored 33 points by halftime.

“We really fell short on defense in the first three quarters,” Schouten said.

The fourth quarter was a different story.

The Devil defense clamped down resulting in a stream of steals and fastbreak points that got Davis back in the game.

Senior sharpshooter Reed Hesel found his stroke late, after not hitting from deep early in the game.

It wasn’t just Hessl who stepped up late.

“Our whole team did a really great job of focusing up and playing more confident on defense. We knew we were making a lot of mistakes earlier and so as a team we stepped up the defensive pressure,” said Schouten.

Davis, which sits in sixth place in the Delta League, will likely need to win both for a shot at a playoff berth.