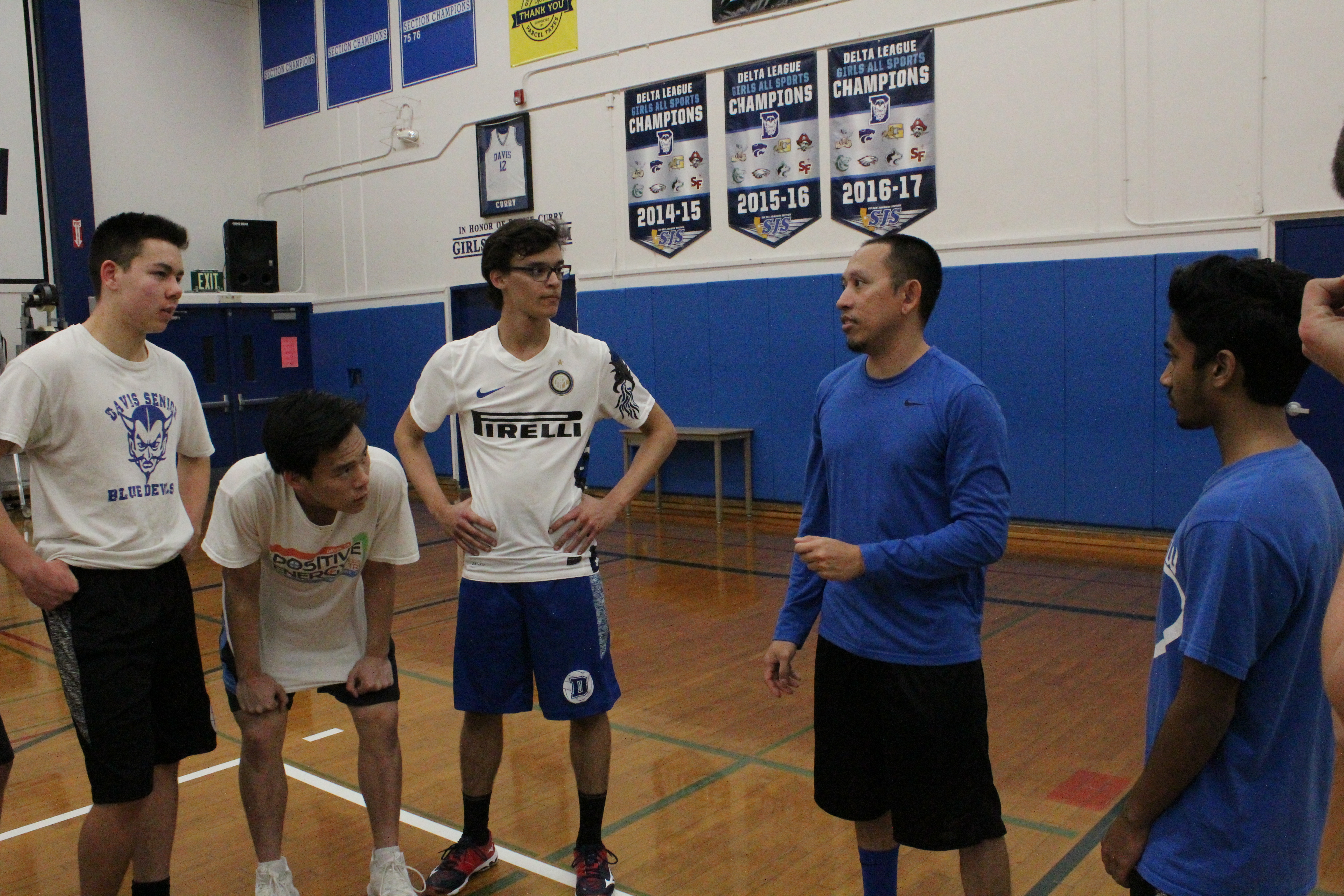 The Davis High volleyball team took down Christian Brothers on March 5 at the Cage in four sets. After dropping the first set 25-18, DHS bounced back with a backdoor sweep of the next three.

Christian Brothers, previously undefeated and 25-5 on the year last season, looked formidable through the first set.

“We couldn’t get anything going in the first set,” senior opposite side hitter Will Wyman said. “It wasn’t great, but we pulled it together.”

The Blue Devils proved the first set to be an anomaly and turned the tide of the game with a 25-17 second set victory.

“Our coach [Jason Balmes] gave a vicious team talk to us after that first set,” Wyman said. “He basically said, ‘Lock in, play your game, and let’s not let them get another set,’ and that’s exactly what we did; we won out. It flipped the switch.”

The switch certainly flipped. Big hitters and seniors Will Smith, Gavin Schouten and Byron McConnell produced smash after smash to which Christian Brothers had no answers.

“Will [Smith] is quite a talent. He has such raw, physical power as well as the skill and finesse that really brings it all together. Byron, obviously, is an incredible player and Gavin is just so tall and long,” Wyman said.

The third set began like the first as DHS fell behind 7-2 before calling a timeout to regroup. Coming out of the timeout, Davis rattled off a run to bring the score to within one.

From there the set remained competitive as neither side was able to gain much of a lead. With the set tied at 20 apiece, Wyman gave the Blue Devils a lead they would not relinquish with a well-placed hit to the corner. McConnell sealed the set at 25-23 with a spike Christian Brothers could not control.

The back and forth nature of the third set flowed into the fourth as neither side gave up much ground.

After a nice Christian Brothers block to push the score to 16-13 in the visitors’ favor, DHS called a timeout, hoping to refocus and retake control of the set.

Coming out of the timeout, DHS was still unable to gain any momentum and Christian Brothers continued to hold them at a distance. Davis scored a desperately needed point to push the set to within two, which prompted a DHS run that a Christian Brothers timeout at 19-18 could not slow.

After a Thomas Venner ace, the second in the run, the Blue Devils found themselves solidly in control at 22-18, needing only three points to close out the match.

The visiting Falcons refused to give up, rallying back into the game with five straight points capped off with an ace to tie the game at 22.

McConnell took Davis to within one point for the win, but Christian Brothers responded with two straight points of their own, needing only one more to push the match to a fifth and final set.

After a McConnell score, Schouten retook the lead at 26-25 for Davis with a monster spike.

Christian Brothers took the next point after a hectic rally before handing the lead back to DHS with an illegal hit.

Once again, DHS was unable to capitalize.

Schouten again gave Davis the lead and this time Smith was able to finish the set off with a nice spike to give Davis its first victory of the season.

“I had no doubt we were going to win, but I was beside myself at the end of that one,” Wyman said. “I was biting my nails, figuratively of course because I don’t have that habit, but I was really on the edge of my seat there. Again, figuratively, because I was playing when we won. I’m just very excited right now to have gotten this win.”

DHS has its next home game March 14 against Delta League rival Elk Grove. 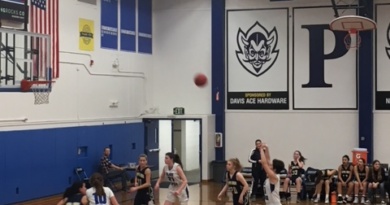 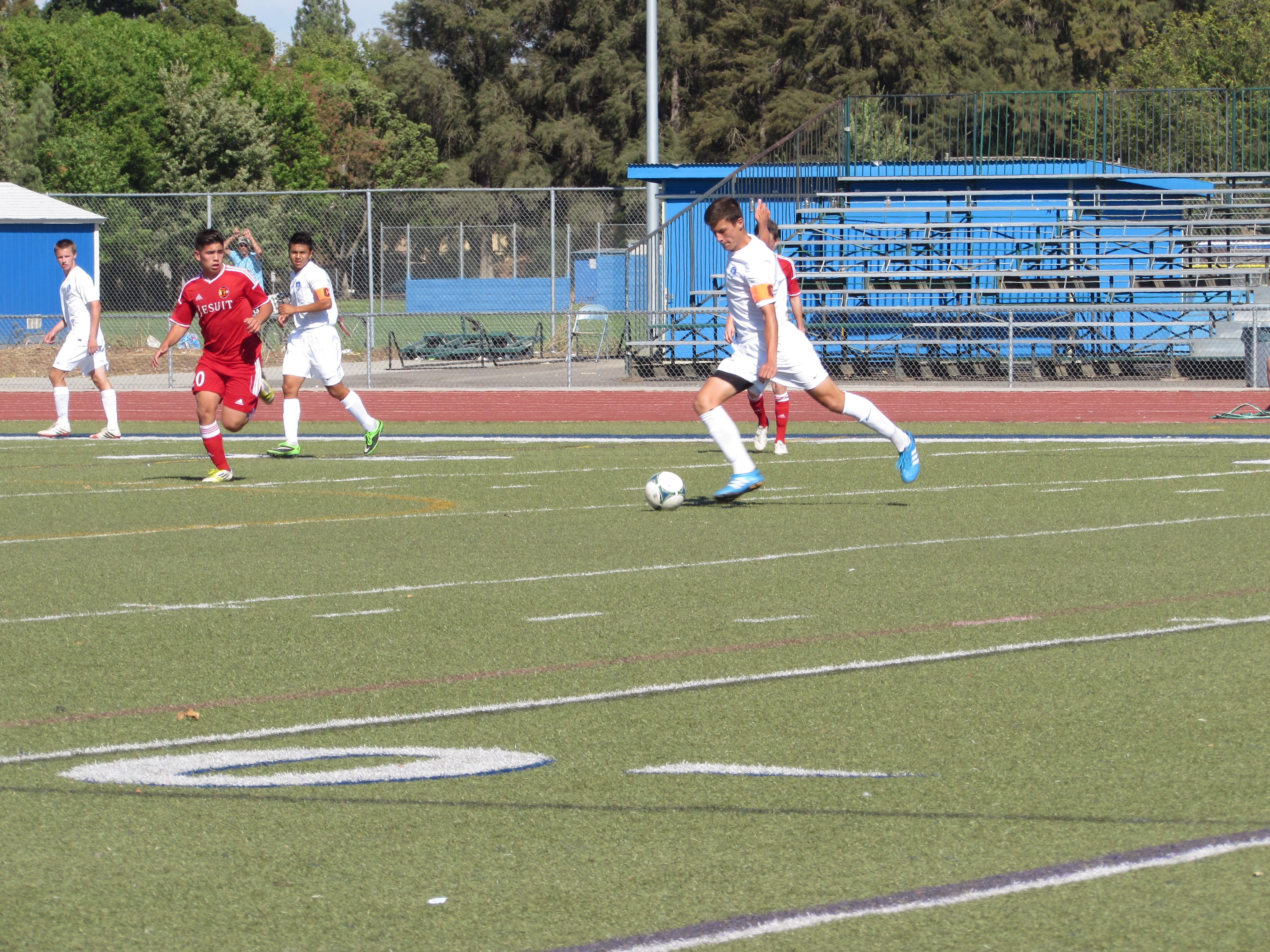