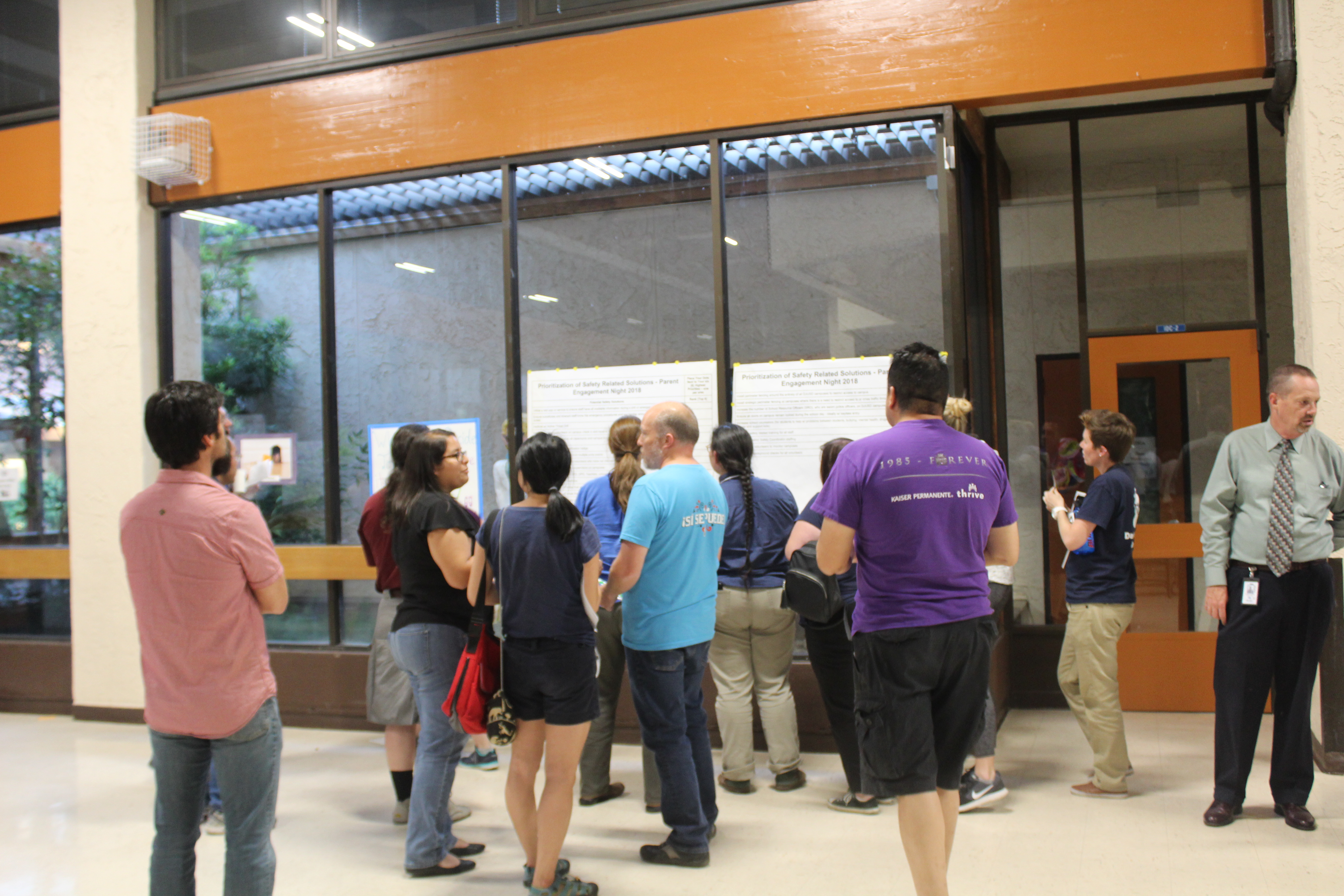 Parent Engagement Night at Emerson on April 25 was also the last of a series of task force meetings that sought community input on what safety challenges the district is currently facing and what solutions may be. The findings of the task force will be presented at the Board of Education meeting on May 17 as part of a discussion on a Facilities Master Plan.

“The Safety Task Force is designed to provide the Davis Joint Unified District with community input on a spectrum of safety-related considerations, challenges and solutions,” the force’s website reads. Notes and agendas from the meetings can also be found on the website.

Though the first three meetings were held at Davis High’s All Student Center, the last meeting was a part of the district’s annual Parent Engagement Night, which drew a larger crowd than the first three had.

Each meeting had a specific focus on a different aspect of school safety. The first looked at facilities, the second at drills and procedures, the third at site supervision and security and the final meeting at social and emotional safety.

Each meeting began with a presentation on how the district was handling each topic. Participants, primarily parents, teachers and other staff, then broke up into smaller groups to brainstorm challenges and solutions as well as pose any questions they had about safety.

Participants also got a chance to express which solutions from previous meetings they felt were a priority. The final prioritization happened at Parent Engagement Night where there were three posters listing solutions and parents were able to vote for their top six by placing stickers

The task force discussions revealed a wide array of concerns, from the open nature of many of the district’s campuses to a lack of counselors, especially at the elementary level, that can make dealing with bullying particularly challenging.

However, they also revealed a lot of what Davis Joint Unified School District is already doing for student’s safety.

In addition to teachers, DJUSD uses a school resource officer, district safety coordinator and campus supervisors to ensure student safety, plus crossing guards and recess monitors at elementary campuses. They also have a multitude of programs from Link Crew to the Stop It App to Peer Helping programs to cultivate a welcoming culture and prevent bullying.

More information about what DJUSD currently does can be found in the presentations available under the ‘Meeting Materials’ section of the webpage.

Laura Juanitas, Director of Student Support services, urged community members to share their thoughts at the meetings. “If you feel passionately about something, let us know.” she said.