At 6:30 on the morning of August 29, the alarms of most Davis High sophomores and juniors in Davis, Calif., were just going off to announce the first day of school. Meanwhile, the senior class of 2019 was already wide awake on the stadium bleachers, enjoying the first rays of sunlight of the school year.

This annual tradition, Senior Sunrise, brought approximately 200 seniors out of bed for bagels, a peachy sky and photos with their friends.

While the event was an overall success, some seniors clash over whether the early rise was worth it.

Seniors Travis Cosgrave, Bryce Gregg and Will Ewens are all extremely good friends and met up for the sunrise, but enjoyed it on different levels.

Cosgrave appreciated the event despite having to wake up at 5:30 a.m.

“I think it’s a cool idea and it helps make our senior year extra special and sentimental,” Cosgrave said. “I also really like sunrises and it was fun to see a bunch of people […] it was definitely worth it.”

Gregg had a more negative and draining experience at the sunrise, despite waking up a full ten minutes later than Cosgrave.

“[It was] underwhelming. I really didn’t know what to expect, but waking up extraordinarily early to watch the sunrise was not worth feeling exhausted all day,” Gregg said.

Ewens thought the sunrise was “quite beautiful, with a few dotted clouds on the edge of the horizon,” but thought that the event itself was a little disorganized.

“[It] seemed more like a hangout than an actual school event, which was definitely still fun,” Ewens said.

Most of the crowd left the stadium before the sun had fully risen to get breakfast at Noah’s Bagels or Peets Coffee before heading to class.

At the end of the year, the class of 2019 will wrap up its high school experience with Senior Sunset. 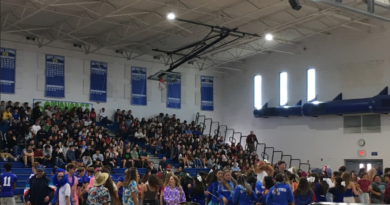 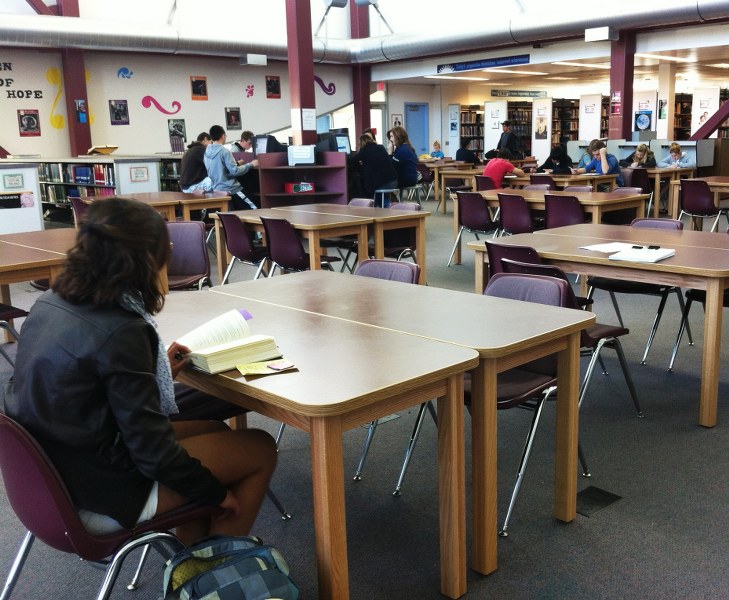 March 05: Sophomore Megan Beckman studies at the new tables that were recently placed in the library. Many students have been confused as to why the tables were replaced.