Residents around Davis have experienced laptop robberies in coffee shops around town, causing students who like to study outside of home to be on the lookout.

Over the past six weeks there have been four robberies in Davis alone, excluding the ones in Dixon and other nearby towns, which police officials believe are part of a recurring string of events.

The last incident occurred at Peet’s Coffee at 231 E. St. on Sept. 28. Other locations include Starbucks, Temple Coffee, and the Peet’s Coffee on Covell Blvd.

“We believe these crimes may be related and are part of a regional trend,” Davis police Lt. Paul Doroshov said in an interview with the Davis Enterprise.

The Davis Enterprise has reported that not only have laptops successfully been stolen, but minor injuries have occurred in two of the incidences due to violent response of the thieves. Officials report that all attacks have been incited by young males.

The student leader of Davis High’s feminism club, Sophie Lopez, has a strong message about staying safe to her fellow club members and DHS students. The topic of self-defense often comes up in weekly club meetings.

“Self-defense should be used when you are being attacked or harmed,” Lopez said. “Stay [as] alert as possible… sit facing the door so you can see people go in and out of the shop or building.”

She stresses that safety should always come first and that although it is natural instinct to protect expensive electronics, “you are the most valuable.”

UC Davis Fire Technician and Extinguisher Training Instructor, Rocci Twitchell, has worked in martial arts for many years and is an expert in self defense. He explains the importance of obeying the robbers and giving them what they want.

“A laptop computer can be replaced, you cannot be replaced,” Twitchell said. “Hands up, give them your wallet or laptop […] live another day.”

In his experience, he has learned that the element of surprise and brute force can often be handled with gentleness and persuasion. His best advice is to always position yourself where you cannot be snuck up on from behind. Know where the exits are and have an escape route.

“Fight or flight,” Twitchell said. “Act with honor and be prepared and aware…[being] aware of your surrounding is 90 percent of self defense.”

Mikio McCulloch, corporal police official at UC Davis, also advises students not to use physical defense unless it is necessary for defense or you have extensive training because you never know the abilities of the “bad guy.” He stresses that laptops are not worth risking your life for.

“Have a plan just in case something happens,” Mcculloch said. “The speed of the theft is the most important factor […] if taking from you would take too long, they may skip you and move on.”

Numerous burglaries have also occurred around the UC Davis campus, raising students’ awareness of their surroundings and need to know to defend themselves.

As a result, the Davis Police Department is offering a self defense course taught by nationally certified instructors and designed for students of all skill levels. Students 16 and older can register at RAD@davispd.org. 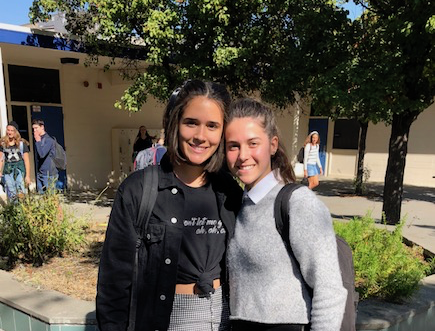