Davis High varsity women’s golf placed third out of six schools at a center match with a team score of 474, advancing them to the sectional tournament. The match, which was the last match of the season, took place the afternoon of Oct. 15 at Wildhorse, the team’s home course.

The Blue Devils played out the long 18 hole course and placed third for the third time at a league center match. St. Francis took first with 406 points and Pleasant Grove took second with 440.

Junior golfer Alyssa Yee was announced as the probable MVP out of the six-team varsity league. Yee had shot 79 at the match easily, powerfully hitting each ball straight towards the flag.

Throughout the entire season, Yee has been medalist for every game but two. One of the two came from Monday’s match, where she lost the best score to Sadia Sadiq from Pleasant Grove and Patricia Sweeney from St. Francis, who both shot 75.

“I think I played pretty well… except for a few holes,” Yee said.

Unnati Unappil, Emma Dean, and Jillian King also struggled with a few specific holes throughout the game, although they still supported DHS with scores of 90, 96 and 107, respectively. Most points of the score were swung during the second half of the game, on the back nine holes.

The team will play at sectionals next Monday. 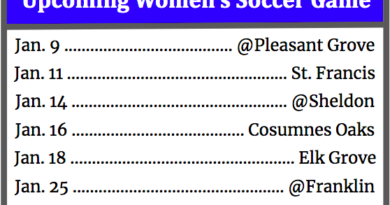