After five years of musical hiatus, Lil Wayne came back strong with this album. Though some songs were more powerful than others, like “Uproar,” no song was significantly worse than the rest.

“Let it Fly” featuring Travis Scott could have been better, considering how much it was hyped up in the media, but it still soared with the other tracks on the album.

Despite each song having its own strength and being enjoyable on its own, listening to the whole album in one sitting is tedious. Clocking in at 23 tracks, “The Carter V” takes almost an hour and a half to listen to all the way through. However, many musical artists have been following the longer album trend lately, so Lil Wayne’s decision to have almost 10 more songs than on “The Carter IV” is not unprecedented.

As for the lyrics, Lil Wayne displayed more maturity in the album, growing up from his days of vulgarity and insincerity.

Overall, “Mona Lisa,” “Uproar” and “Don’t Cry” were the top three standout moments on the album, while “Let if Fly” and “Dark Side of the Moon” could have used more time in the studio. 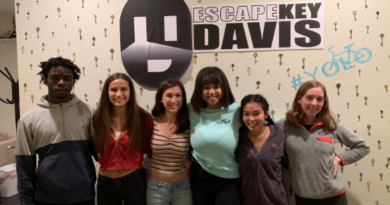