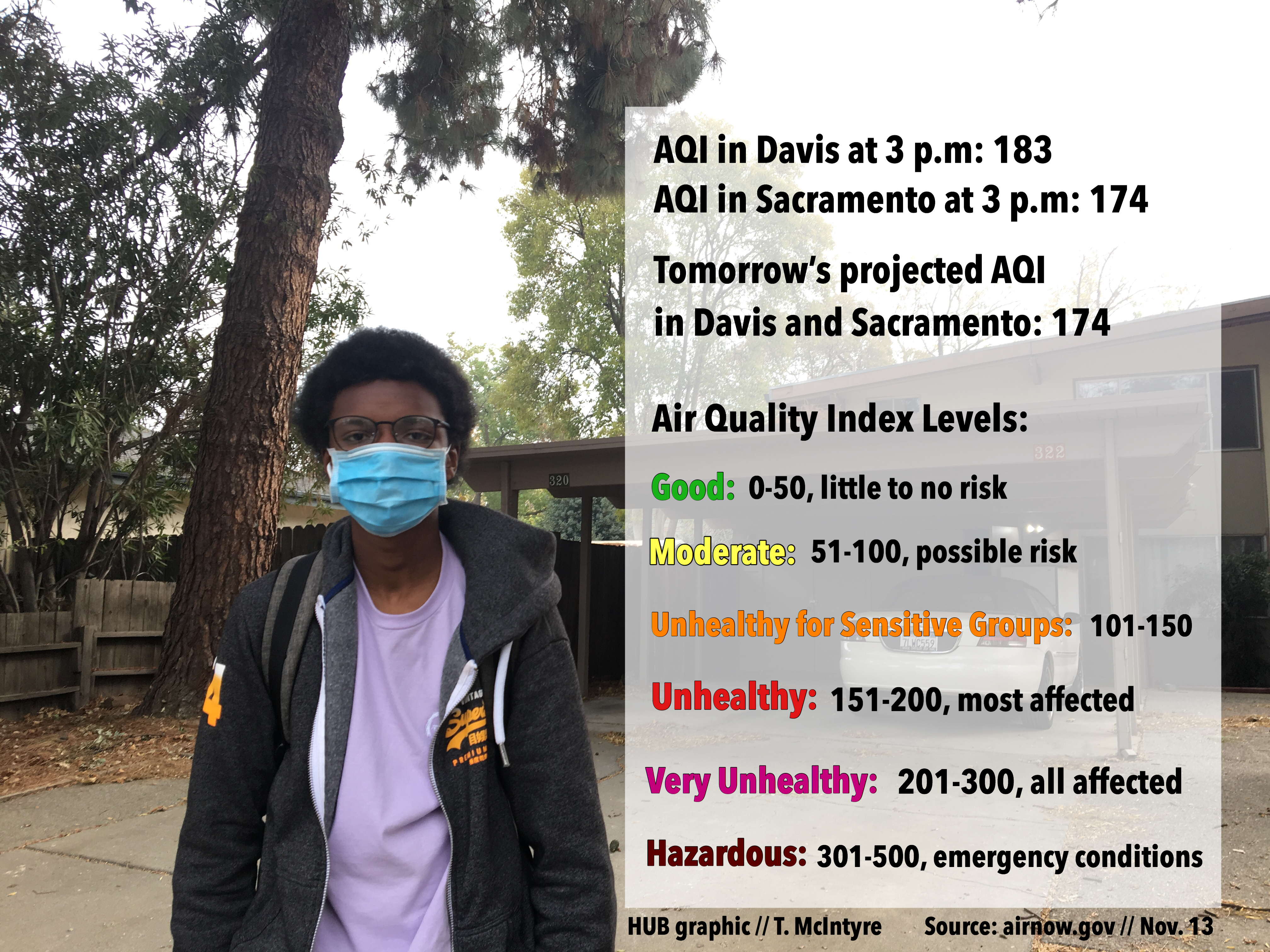 UC Davis and Sacramento State did not hold classes on Nov. 13 due to the poor air quality resulting from the Camp Fire in Butte County. Meanwhile, all schools in the Davis Joint Unified School District remained open.

The Air Quality Index (AQI) at 3 p.m. in Sacramento was 174 and 183 in Davis, according to the Environmental Protection Agency. This index falls in the “unhealthy” range of 151-200, and the EPA site suggests that “people with heart or lung disease, older adults, and children should avoid prolonged or heavy exertion. Everyone else should reduce prolonged or heavy exertion.” 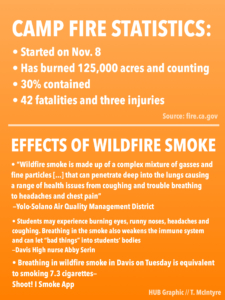 This was the first time since Aug. 9 that Davis and Sacramento have seen unhealthy air quality, or AQI above 101.

According to a statement from UCD, no classes were in session at the university, but the campus was open and employees were expected to work. However, according to a message from Sac State president Robert Nelsen, Sac State’s campus was completely closed for the day.

While classes were held at Davis High, the DJUSD cancelled all outdoor DHS sports for Nov. 13. Women’s water polo playoffs, cross country practice and women’s soccer tryouts were all postponed.

Indoor sports such as wrestling and basketball continued to practice. The ski and snowboard teams had dry land practice in the South and North gyms respectively.

Senior and soccer player Madi Johnson has asthma and supports the district’s decision to cancel tryouts because the poor air quality has been making her lightheaded.

“I spend five to ten minutes just standing outside and I can’t breathe,” Johnson said. “I can’t even imagine trying out in this air.”

However, Johnson is “a little bit annoyed” due to the uncertainty of her tryout schedule.

DHS school nurse Abby Serin said the nursing office only knows that students have asthma if their parents report the condition to the office.

“There could be students walking around with asthma that I don’t know about,” Serin said.

Serin said that the classrooms are safe places to be because of the school’s heating, ventilation and air conditioning system which filters out particles from the air, keeping the inside air clean for breathing.

Classroom doors were to be closed throughout the day to “ensure safe air quality,” according to a statement from DJUSD superintendent John Bowes.

Junior Crystal Kerner is another student with asthma and suffered from two asthma attacks on Tuesday.

“It is not uncommon for me to experience multiple attacks with this poor air quality. However, I am normally able to avoid it by staying indoors,” Kerner said. While Kerner was inside most of the day, she had some exposure to the air when walking between classes.

DJUSD public information officer Maria Clayton said that “In DJUSD, we will continue to monitor the Air Quality Index (AQI) throughout the day and night all this week and make decisions accordingly about whether there will be a need to close schools because of poor air quality,” and that all DJUSD principals have been asked to keep students inside.

About ten students called into the attendance office on Nov. 13 regarding the air quality, according to DHS attendance secretary Emily Pagliai. Other than that, Pagliai says it has been a “normal” day in terms of attendance.

The school excused the absences of students that cited the poor air quality for their reason of absence, according to Pagliai.

UCD sophomore Anna Jones says that she “appreciate(s) the cancellation” of the university, as she has asthma and bronchitis, which makes breathing difficult.

“I think that it’s right to cancel classes because these air conditions are dangerous. Proceeding with classes would require students to go out and it could have negative effects on their health, although it’s unfair and unfortunate that employees are still required to work,” Jones said.

Though UCD freshman Vanessa Jiang enjoys the cancellation of classes, it has raised a concern for her.

“I’m a bit worried about not having class today because I have several midterms coming up very soon so it’s probably not that good if the lectures are cancelled,” Jiang said.

“It’s kind of inconvenient because there’s a lot of quizzes, exams and assignments that have to be pushed back,” Alvarado said.

Johnson is glad that DHS remained in session because she did not want to have to miss any assignments.

“We’re inside most of the time anyway,” Johnson said.

Kerner, however, thought DHS should have been closed.

“The college recognized it was difficult for students with medical issues to commute in these conditions and I think the school district should have too,” Kerner said.

Many DHS students wore face masks to school to avoid breathing the smokey air. The DHS nurse’s office handed out masks to a few students that sought them. 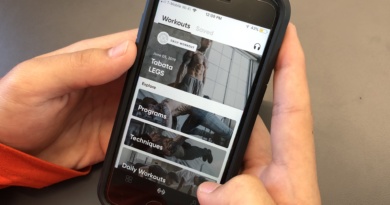 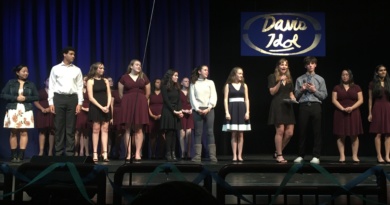 Judges announce finalists on the second night of Davis Idol